Duleep Trophy 2022-23: Some playing for survival, some for recognition 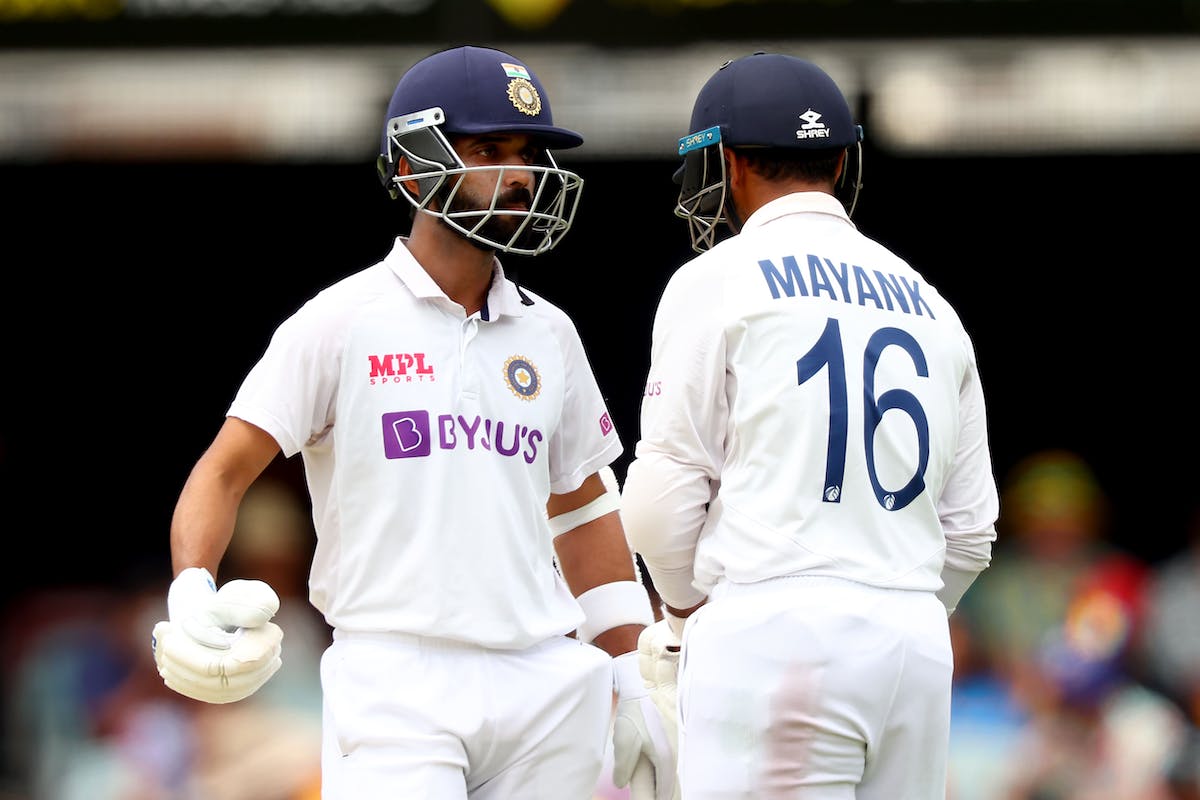 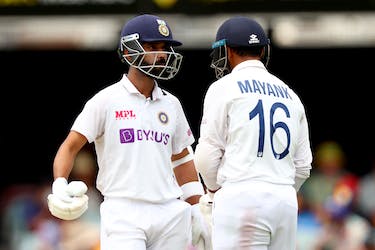 Duleep Trophy 2022-23: Some playing for survival, some for recognition

The Indian Domestic Cricket is back! After a gap of two years, the prestigious Duleep Trophy makes its return and will mark the start of a full-fledged season. The Duleep Trophy, which is named after Kumar Shri Duleepsinhji of Nawanagar, has been organised from the 1961–62 season, and the tournament has seen multiple changes in formats over the years. This one will get underway on September 8 and will run until September 25, with matches set to be played in Chennai, Puducherry, Salem and Coimbatore.

The Duleep Trophy is back to its old zonal format, which was abandoned following Lodha committee recommendations five years ago. This competition was not held in 2015-16 but returned to the calendar in 2016–17 with a new format. The BCCI selectors would pick three teams - India Blue, India Green and India Red, who would then be involved in a round-robin tournament.

However, the national selectors were not involved this time around. The six zonal selection committees - comprising chief selectors of each of the teams in its respective zone - were the ones to pick their respective squads. This will also be the first time a team from the Northeast would be making an appearance in the Duleep Trophy.

Ajinkya Rahane will lead West Zone’s star-studded line-up. Apart from him, there are three more players in the squad -  Shreyas Iyer, Prithvi Shaw and Jaydev Unadkat - who have already played Test cricket for India. Rahane, who injured his hamstring in May during the Indian Premier League, hasn't played any competitive cricket for more than three months. The 34-year-old is no more part of the Indian Test set-up and has been replaced by Iyer, who is also part of this squad. The likes of Priyank Panchal, Ruturaj Gaikwad, Sarfaraz Khan and Arzan Nagwaswalla are currently playing for India A and weren’t considered for selection. Shardul Thakur was in the team but had to replace injured Prasidh Krishna in the India A squad. Meanwhile, Shaw didn’t have a great Ranji Trophy 2021-22 and would be eager to do well in this tournament. However, Yashasvi Jaiswal slammed close to 500 runs in just three games and could use this opportunity to further his red-ball credentials.

Left-arm seamer Unadkat and spin-bowling all-rounder Shams Mulani have been two of the most prolific wicket-takers in the Indian domestic circuit over the last few years, while Rahul Tripathi has been travelling with India’s limited-overs setup for a while now. A lot of eyes will also be on young Mumbai all-rounder Tanush Kotian, who averaged 37.42 with the bat last season and also scalped 17 wickets in six matches at 27.61. In total, West Zone have eight players from Mumbai.

Playing the Duleep Trophy for the first time as a zone, the Northeast selectors have taken a brave call of not picking a single guest player and have just gone with home-grown talents. They might struggle big time against West Zone but the experience of playing against quality players could prove to be very fruitful. Lobzang Tenzing, the convenor of the Northeast selection committee, called it a "matured decision" and it completely makes sense.

Sikkim's Ashish Thapa, who scored 151* against Bihar in the last Ranji Trophy, will captain the side. However, the limelight is going to be on Nagaland's Jonathan Rongsen, who averages 40.07 in first-class cricket, and Manipur's left-arm seamer Rajkumar Rex Singh, who has 46 wickets at an average of 22.80. Manipur's tall paceman Bishworjit Singh Konthoujam and Sikkim's 18-year-old batter Ankur Malik also have impressive numbers in red-ball cricket. 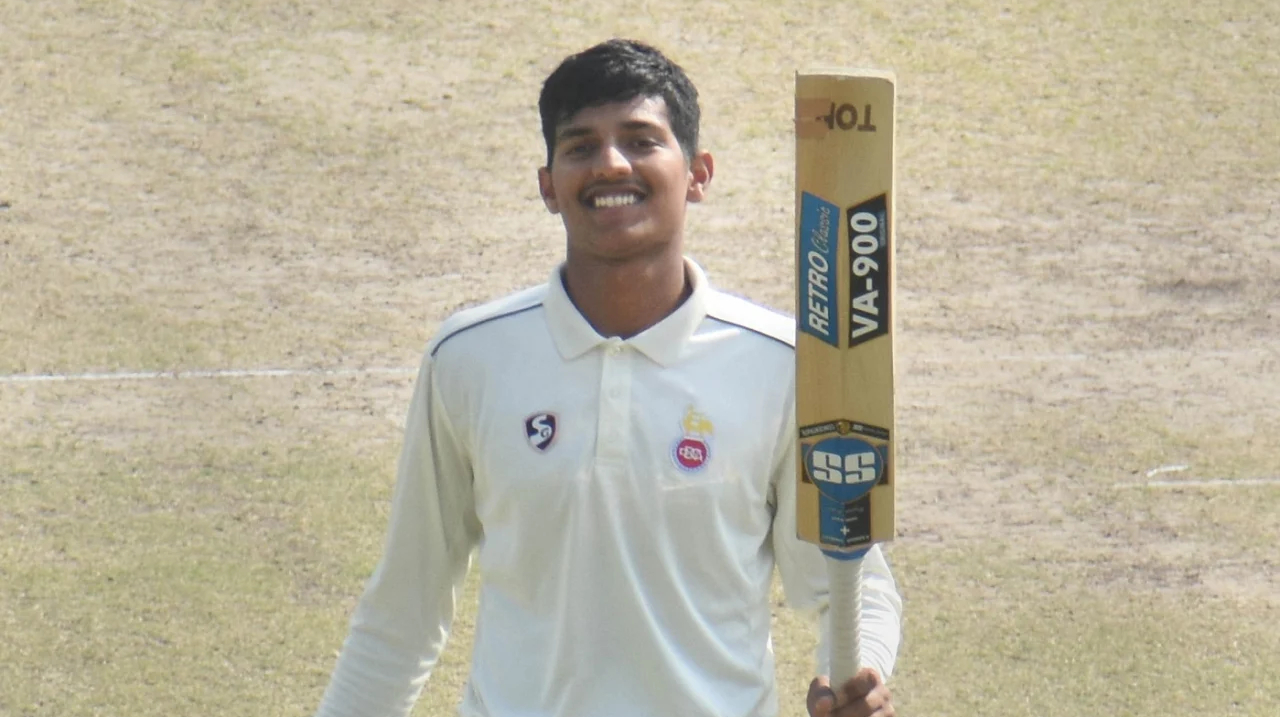 North Zone, who will be led by Mandeep Singh, have got some exciting young talents in their arsenal. The right-handed batter operated at an average of 94 and was Punjab’s highest run-getter in the last edition of the Ranji Trophy. Wicketkeeper-batter Anmol Malhotra and Siddharth Kaul are the two players from Punjab. Navdeep Saini, who has featured in all three formats for India, will lead the pace attack. Himachal Pradesh’s Akash Vashisht, Mayank Dagar, Manan Vohra and Haryana’s Himanshu Rana were all rewarded for their consistency.

Also read - Enjoy the ride, because Yash Dhull is here to stay

India Under-19 World Cup-winning captain Yash Dhull of Delhi and vice-captain from Nishant Sindhu from Haryana are also part of the team. Dhull had a stellar debut season, scoring 479 runs in six innings, studded with three centuries. Sindhu too managed 248 runs at an average of 62 and also picked up four wickets. Jammu and Kashmir will only have one representative in 20-year-old opener Qamran Iqbal. North Zone’s bowling might not look very threatening but they have got some quality young batters and all-rounders.

East Zone have seven players from Bengal and four from Jharkhand, while the likes of Abhimanyu Easwaran and Mukesh Kumar are currently playing for India A. Former Bengal skipper Manoj Tiwary will lead the side, while Jharkhand’s Virat Singh has been named his deputy. Nazim Siddique, Kumar Kushagra and Shahbaz Nadeem were all impressive in the last season but the focus is largely going to be on Shahbaz Ahmed.

Also read - Shahbaz Ahmed, on the expressway to success in cricket and life

The left-arm spin-bowling all-rounder from Bengal, who was named Washington Sundar’s replacement during the ODI tour of Zimbabwe, was Bengal’s leading run-getter and joint-highest wicket-taker in the Ranji Trophy 2021-22. The left-hander slammed 482 runs at 60.25 and also scalped 20 wickets at an average of 22.10. Meanwhile, in the pace department, East Zone have Ishan Porel, Akash Deep and Mukhtar Hussain. Tripura’s fast-bowling all-rounder Manisankar Murasingh is another one to watch out for. 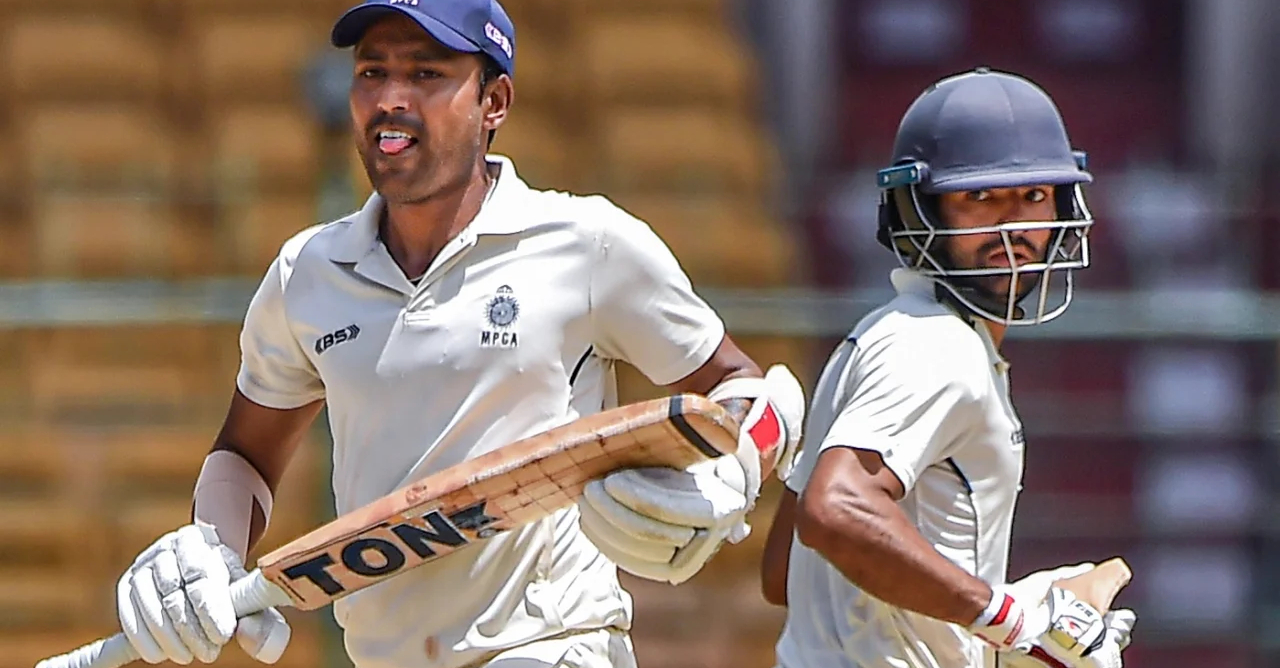 Rajat Patidar might not be available but the other three prolific run-scorers - Shubham Sharma (608 runs at 76), Himanshu Mantri (375 runs at 62.50) and Yash Dubey (614 runs at 76.75) - who helped Madhya Pradesh win their maiden Ranji Trophy title are all part of the Central Zone squad. A left-armer who has all the variations, Kumar Kartikeya is also in the team and will have Vidarbha’s offspinner Aditya Sarwate for company.

Venkatesh Iyer and wicketkeeper-batter Akshay Wadkar will provide Central Zone more depth in the batting order. The latter doesn’t get much recognition but averages 57.36 with the bat after having played 34 first-class games. Karan Sharma, who led Uttar Pradesh to the semis, will captain the side and also have his state-mates Priyam Garg, Rinku Singh and Ankit Rajput. The experience of 31-year-old all-rounder Ashok Menaria and 32-year-old pacer Aniket Chaudhary is also going to come in handy.

In skipper Hanuma Vihari, Mayank Agarwal,  Manish Pandey, Devdutt Paddikal and Baba Indrajith, South Zone has got a decorated batting line-up. Vihari is starting to become a regular member of the Indian Test side, while opener Agarwal has been in and out of the team. Meanwhile, Pandey and Indrajith haven’t played Test cricket but average over 50 in first-class cricket.

Kerala's Rohan Kunnummal (425 runs in five innings at 106.25) and Goa's Eknath Kerkar (344 runs in nine innings at 49.14) haven't played much cricket at this level but are two exciting options. R Sai Kishore and K Gowtham are the two premier spinners in the team and could also contribute with the bat, while the pace department will be taken care by Basil Thampi, Ravi Teja, Lakshay Garg and Cheepurapalli Stephen.

(Last two images are from PTI)