Fantasy: Put your money on Kohli, Hardik and Mendis 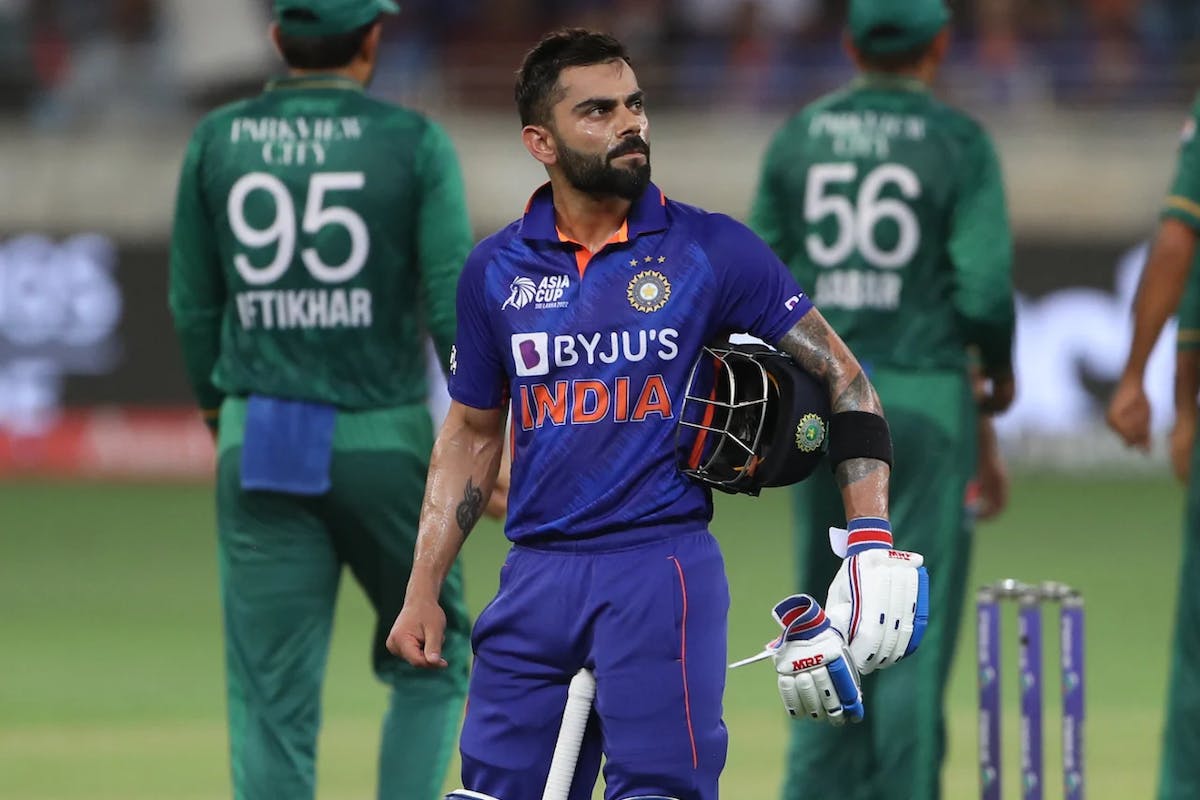 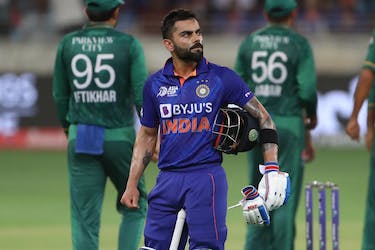 Fantasy: Put your money on Kohli, Hardik and Mendis

It's a do-or-die encounter for India! The Men in Blue suffered their first defeat of the competition on Sunday against their arch-rivals Pakistan and will have to win their remaining two Super Four encounters if they want to make it through to the final. Meanwhile, were humiliated by Afghanistan in the tournament-opener but have been phenomenal since then, chasing down targets of close to 180 in their last two games. A win here would all but confirm their spot in the grand finale. 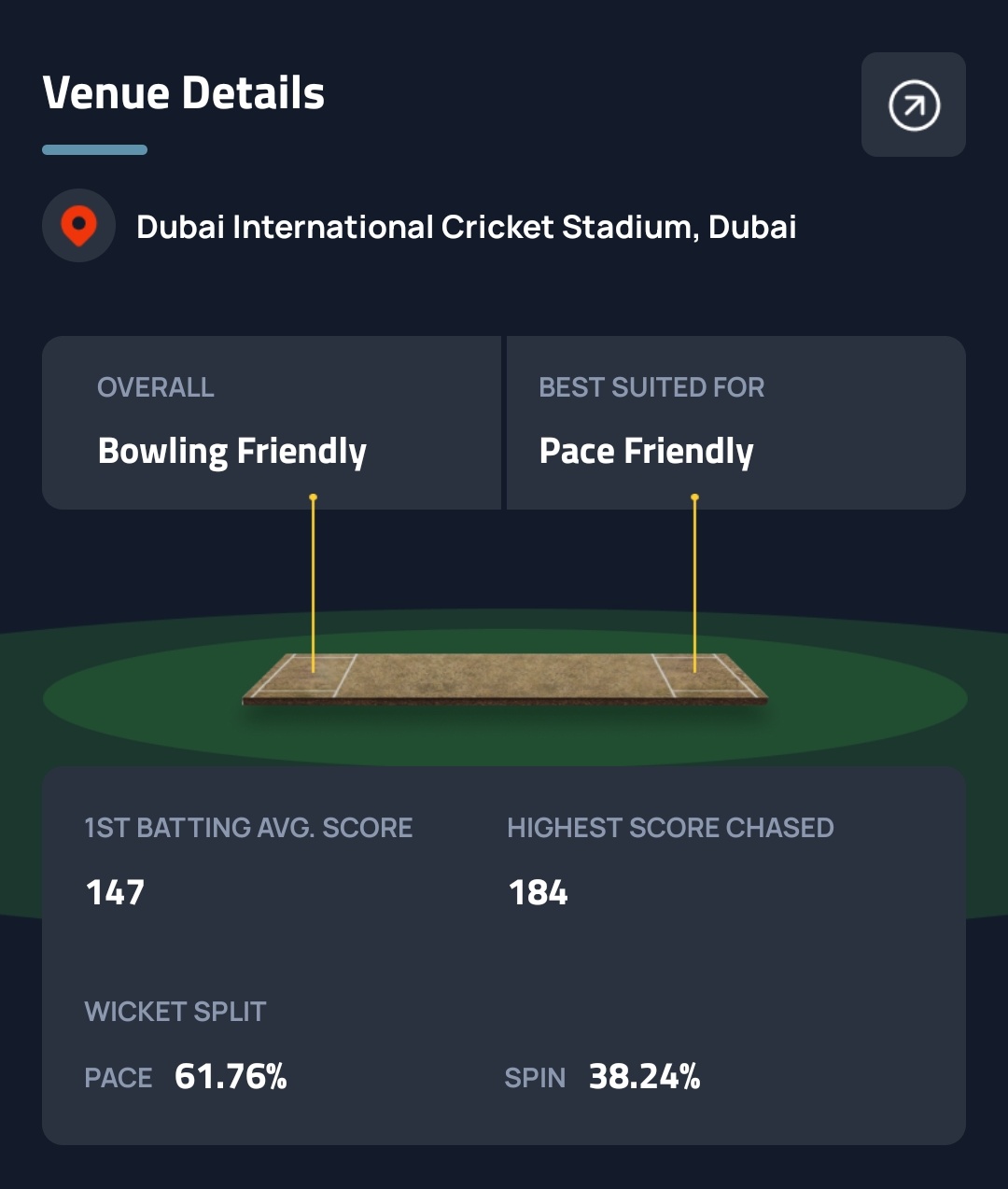 The Dubai International stadium, which will host Tuesday's clash, was on the slower side of the spectrum at the very beginning of the tournament, but has gotten better and better to bat with every passing game. There weren't too many runs scored in the first two games, but since then, the 180-run mark has been breached five out of six times.

One thing that has remained constant in Dubai since the start of this Asia Cup is the fact that spinners have been far more effective than the pacers. Pacers have taken 65.5% of the wickets - thanks to bowling a larger proportion of overs, mainly - but have leaked runs at an eye-watering 9.2 ER. Spinners, in comparison, have been hard to put away, their economy reading a mere 6.9. 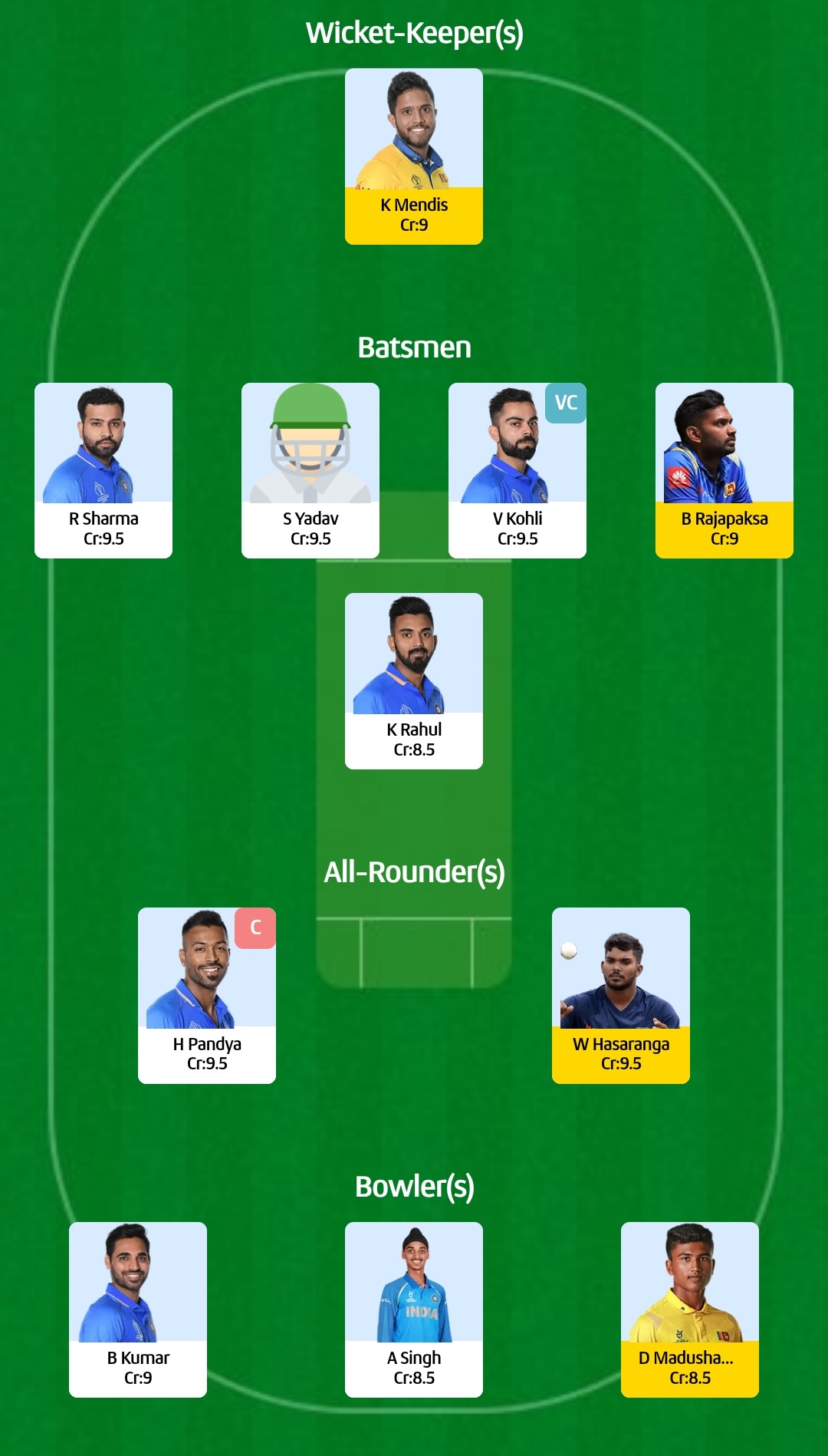 Virat Kohli, who has scored back-to-back fifties in this tournament, has slammed 339 runs in six innings against Sri Lanka. The right-hander averages 84.75 and has a strike rate of 140.7. In six innings, Kohli has four half-centuries.

Hardik Pandya wasn't at his best in the previous game but has been superb for India in 2022. The allrounder has smashed 314 runs in 14 innings at an average of 31.4 and has also claimed 12 wickets.

Sri Lanka have won only three of their 18 games while batting first since 2021. While batting first, Sri Lankan batters average only 19.1 and lose a wicket every 16.5 deliveries, which is second-worst amongst the top-10 T20I sides.

Wanindu Hasaranga has an outstanding record against India in this format, having taken 10 wickets in five innings at a strike rate of just 12.

As an opener, Kusal Mendis has 545 runs in 17 innings at an average of 34.06 and a strike rate of 142.3. All seven of his half-centuries have come right at the top. He started the tournament with a score of 2 but has scores of 60 and 36 in his last two innings.

It's tough to bet against Suryakumar Yadav! The right-hander averages 38.55 in 26 T20Is and has a superb strike rate of 176.4. In his only T20I against Sri Lanka, the right-hander smoked 50 off 34 deliveries.