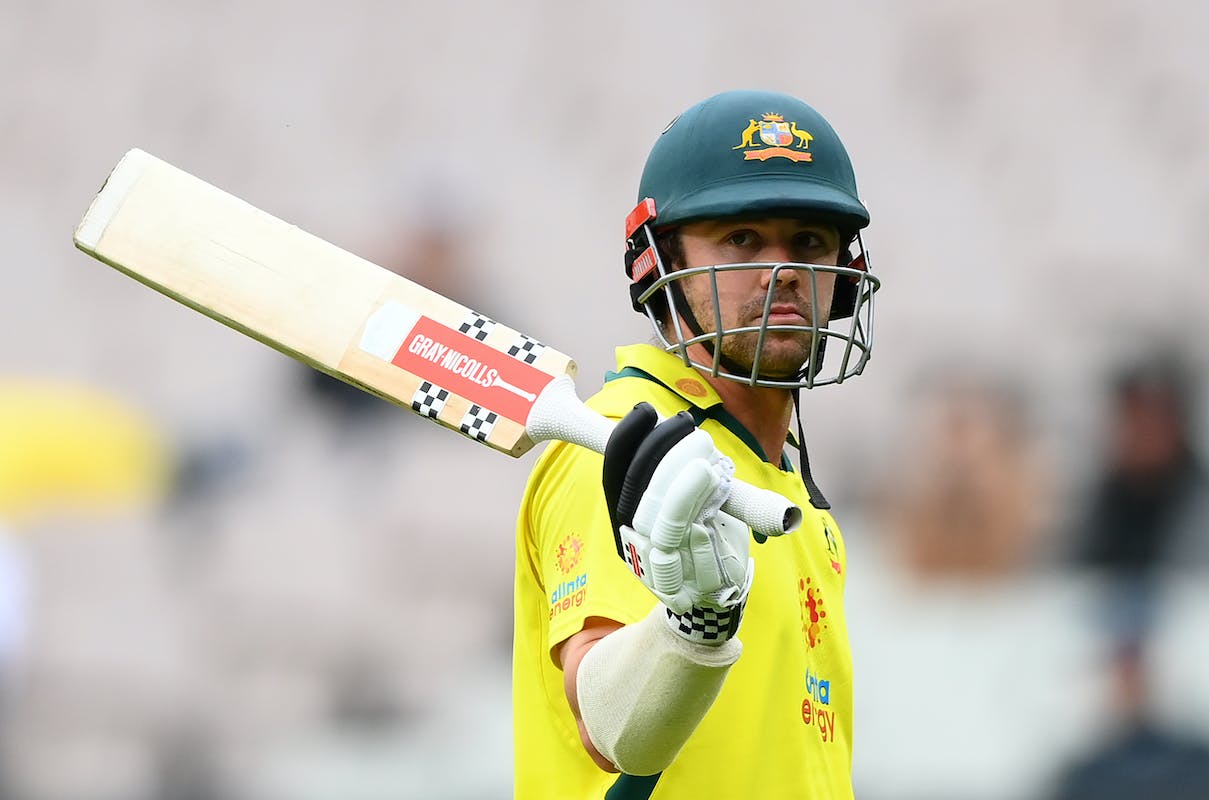 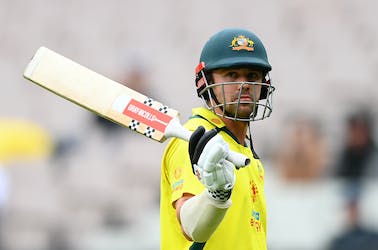 Head’s arrival has been a game changer for Australia; it has provided them with an impetus up top that’s been long-gone

In the aftermath of Australia’s ODI series against Pakistan earlier this year, we made a case for Travis Head being David Warner’s long-term successor in the 50-over format.

Sport, as well know, works in funny ways, and so circumstances — i.e. Aaron Finch’s retirement, accelerated by poor form — have instead turned Head into Warner’s partner up top.

The sample size might still be small, but a year from the 2023 World Cup in India, Australia seem to have found the answer to one of the few puzzles that needed solving in their ODI set-up. In Travis Head, the Kangaroos seem to have found not only the perfect foil for Warner, but also a genuine x-factor that can win them games of cricket at the top of the order. 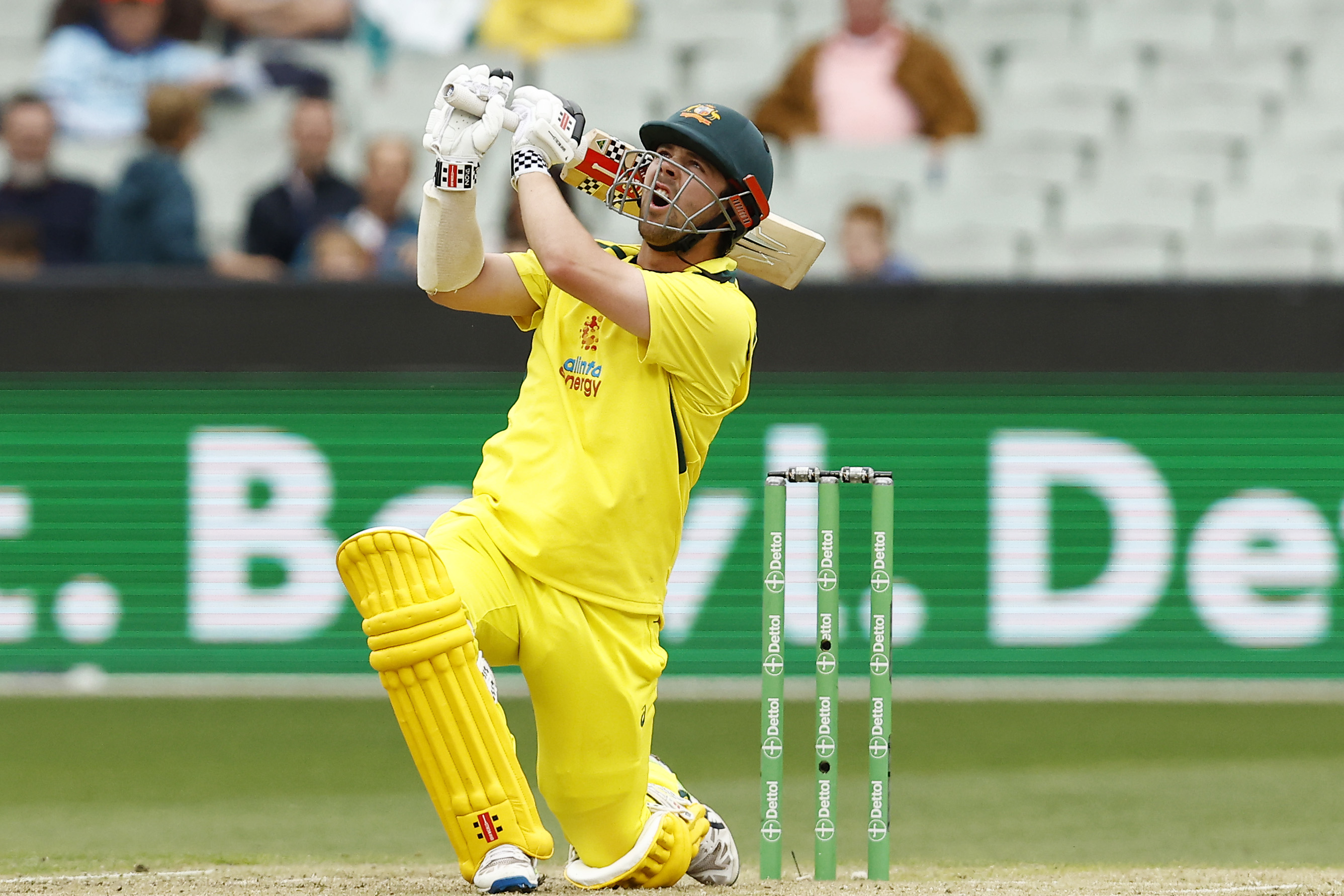 As far as inconsequential bilaterals go, this three-match ODI series between Australia and England was right up there as the most inconsequential series played in a long while. Not only did it come just days after the T20 World Cup final, due to which England effectively fielded a second XI, there weren’t even ODI Super League points at stake.

Nobody, really, gave a darn about it.

Not the fans: an all-but-empty MCG on Tuesday made that evident. Certainly not the English players, many of whom expressed their frustration over the scheduling prior to the series. And not even Australia, who rested their skipper mid-series in what was supposed to be a ‘decisive’ clash.

But though the series, overall, lacked any context, it did provide an opportunity for certain individuals to shine. For some to double-down on their spot, and for others to prove their worth.

Among those individuals was Head.

Rightly and deservedly thrust into the ODI XI on the back of Finch’s unexpected retirement, it was up to the South Australian to vindicate the management’s decision and make the opening spot his own. Against Pakistan, Head did his best to force his way through the door but he entered this series with the spot being his to lose. For Head, it was all about proving that he is the right (if not perfect) fit.

As he walked back to the dressing room at the MCG to a standing ovation on Tuesday, after having posted his highest score in ODI cricket, you couldn’t help but think he’d done just that. Not just prove himself but also seal his long-term future. 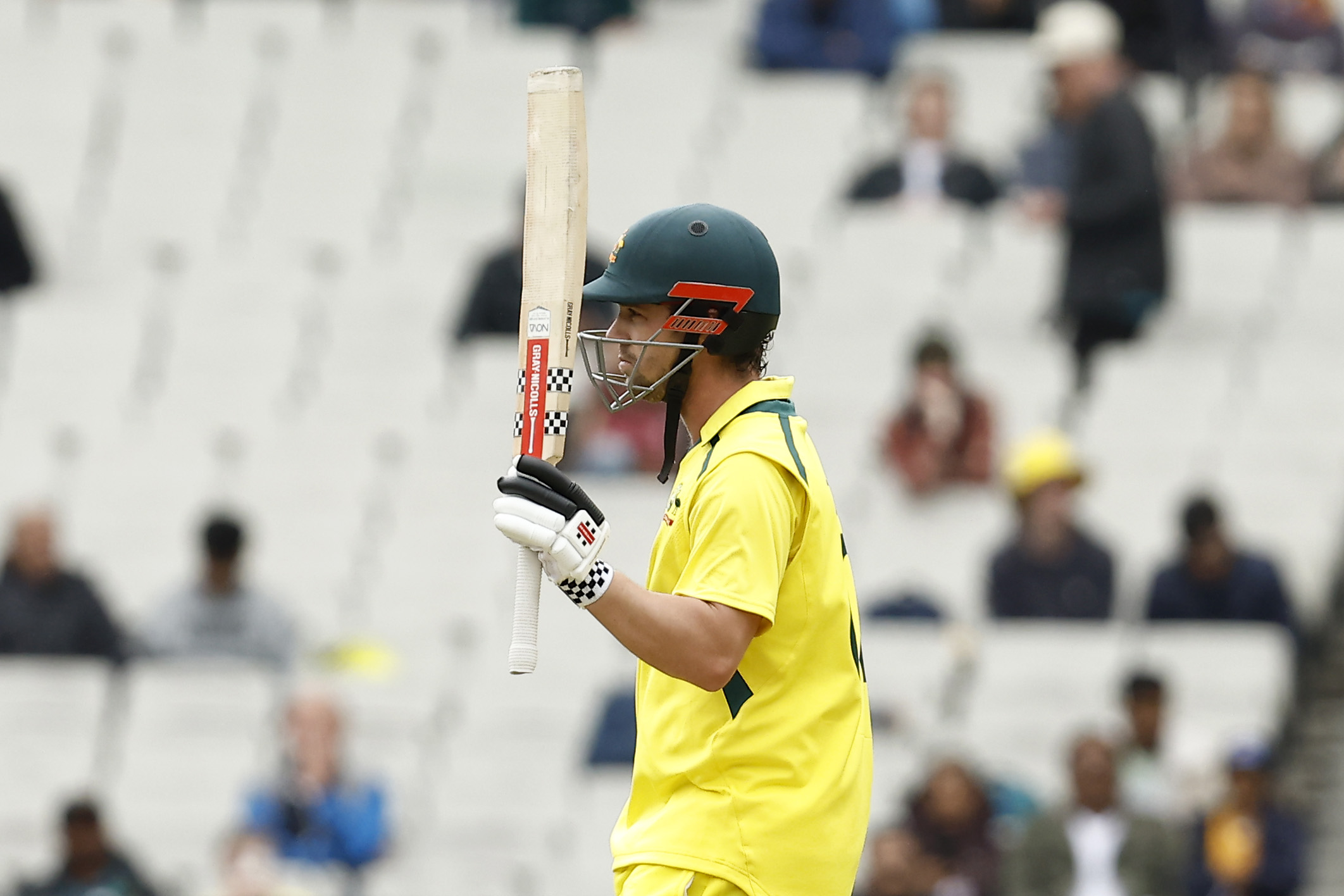 At the MCG, Head became only the 12th Australian in ODI history to breach the 150-run mark but that his onslaught took no one by surprise is a testament to his growth in the format. He is no longer the confused soul who has people sitting on the fence. Those who tune in now expect fireworks from his bat, and are disappointed with anything less.

It is quite the turnaround. Remarkable when you consider he’s managed to do it in under 10 matches.

In every way, Head’s arrival has been a game changer for Australia. For it has provided them with an impetus up top that’s been long-gone.

Finch and Warner will, without a shadow of doubt, go down as one of the greatest ever opening pairs in ODI cricket, but their last 18 months together was nothing short of a disaster.

Across the last 10 times they batted together, Finch and Warner averaged 15.00, but concerningly, as a pair, they struck at 75.4. The fear factor was gone. Teams no longer trembled coming up against them.

Their decline as a partnership was a direct result of the downfall of Finch, who post 2020 struck at 71.00 in ODI cricket. Effectively, Warner had to carry the partnership.

Head’s introduction has changed the dynamic; bowlers are no longer being allowed to settle.

The table below highlights just how much of a difference Head’s presence has made. Put simply, Australia have been a different side altogether whenever he has opened the batting.

Early days, but thus far, Head’s aggression has also benefited his opening partner Warner big time. Warner now no longer feels the need to go for a big hit or a release shot when he's bogged down, for he knows runs 'will' come at the other end.

Case in point the third ODI at the MCG on Tuesday. Warner had a quiet start, amassing just 10 off his first 14 balls, but even then, both he and the side were in no pressure whatsoever.

After 7.2 overs, Australia had still raced to 47/0, thanks to Head having clobbered 33 off the first 30 balls he faced. This was a luxury neither Warner nor Australia enjoyed in the preceding 18 months, during the final stages of Finch’s ODI career.

Head, as a package, compliments Warner perfectly and it is one of the primary reasons why these two have been close to invincible batting together as a pair. Warner and Head have now batted 13 times together in ODIs and have amassed 1106 runs at an average of 85.1 and strike rate of 107.  As things stand, it is the best average for any pair in ODI history to have scored 1000 or more runs batting together. 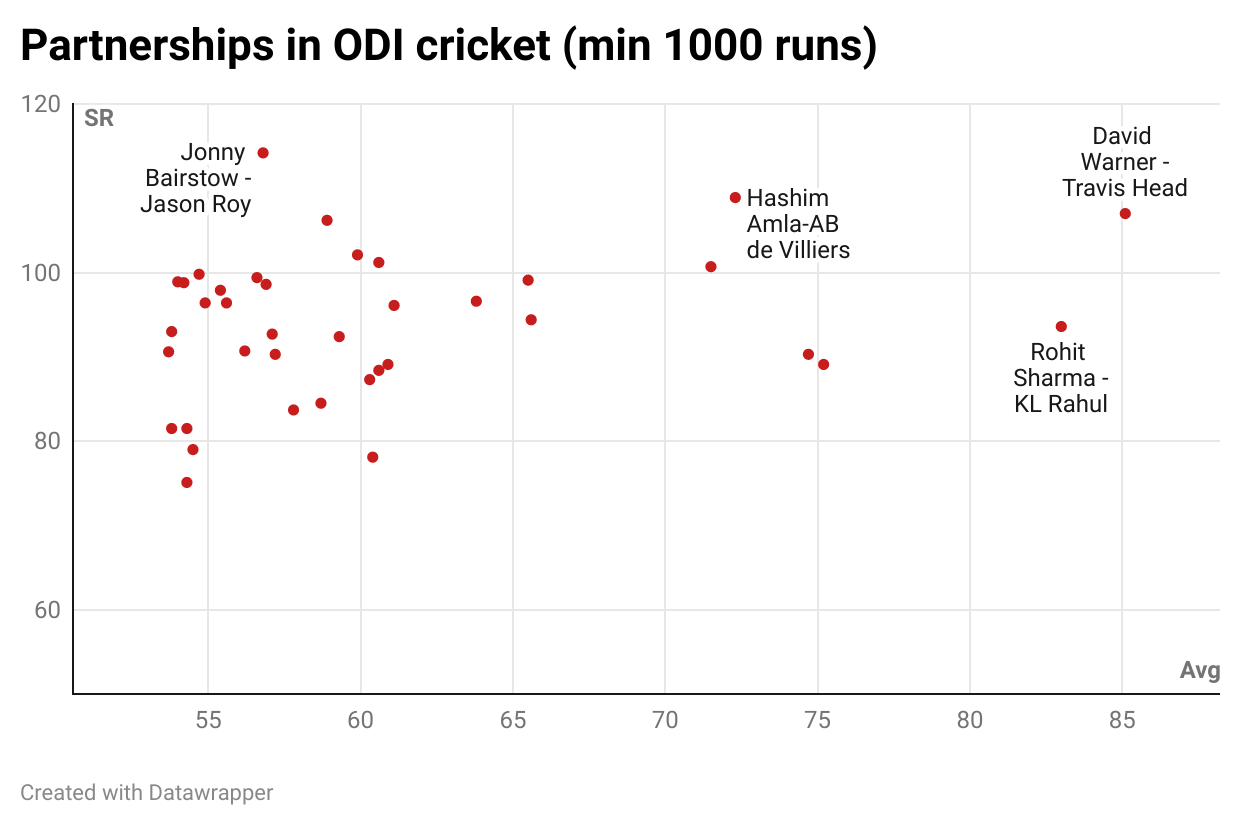 They are already in the history books too; only one other pair in ODI history (Tendulkar and Ganguly) has managed to stitch together two 250+ run stands.

Head’s excellence, though, extends beyond his aggression up top or the fact that he is the perfect foil to Warner. Dashers in 50-over cricket are not uncommon, but what makes Head a rare breed is that he piles on big scores not just quickly, but also consistently.

Since coming back into the ODI side, the 28-year-old has passed fifty on five occasions and in those knocks, he’s registered scores of 101, 89, 70*, 69 and 152. He has an evident penchant for cashing in: in his List A career, the southpaw has three 175+ scores, two of them being double-tons.

Without question, for Head, tougher challenges lie ahead. But what cannot be denied is that, thus far, he’s passed every test he’s been put through with flying colours. Even the trial by spin, something that’s proven to be his kryptonite in red-ball cricket.

Since his return to the side, Head is averaging 53.75 versus spin while striking at 106.44. It is easy to dismiss this stating that he’s not been ‘challenged enough’, but that’s not true. For he played three of his nine ODIs this year on some absolute minefields in Sri Lanka, and still amassed 120 runs at an average of 60 and SR of 90.9.

All things considered, then, Australia couldn’t have asked for a better Finch replacement a year ahead of the World Cup: a player at the absolute peak of his powers who, if anything, is only going to get better.

Finch might have endured a T20 World Cup to forget, but through a very unselfish act, the Victorian has given his side the best chance of reclaiming gold in the 50-over format.