'He just clears your thoughts,' Suryakumar Yadav on batting with Kohli 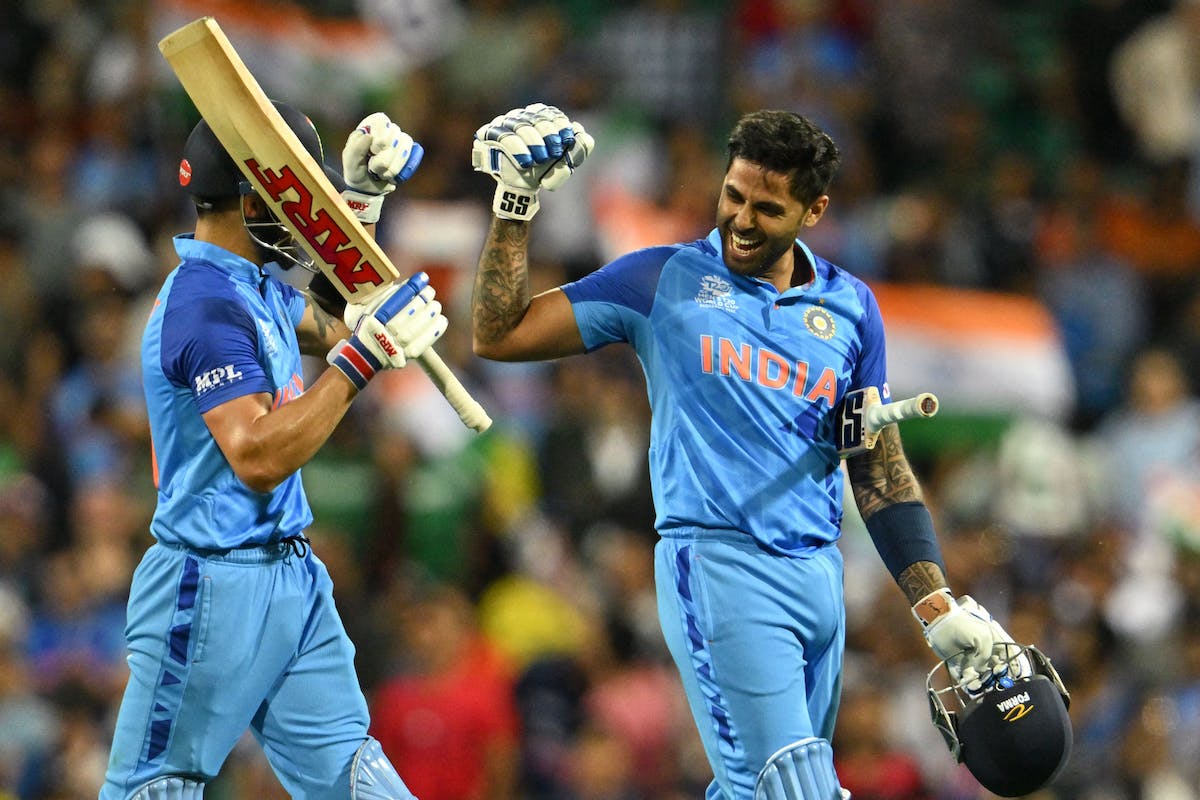 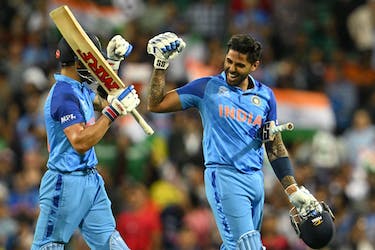 'He just clears your thoughts,' Suryakumar Yadav on batting with Kohli

Suryakumar Yadav scored an unbeaten 25-ball 51 in the 95 -run partnership with Virat Kohli, who himself scored 62 not out off just 44 balls. India put up 179 against Netherlands and ended up winning the match by 56 runs to register back-to-back wins in the Super 12s.

Speaking of batting with Kohli, Surya says he enjoys batting with him and the duo share a good camaraderie. "I think the thoughts and the plans are very clear depending upon the situation when I'm going in to bat," Suryakumar said in the post-match press conference

"At the same time my plans are very clear when I go in to bat. I look for boundaries, try and hit the gaps and run hard. You know, when you are batting with him, you have to run hard as well.

"He just clears your thoughts. I mean, when I was batting and when I was a little confused when I was inside, he was just coming up to me and telling me what delivery can you expect now from that bowler.

"So it's a very good camaraderie, and I'm really enjoying batting with him right now."

Surya has been in sensational form recently and with yet another fifty today, he now has the most runs in T20Is this year with 867 runs at a strike-rate of 185.

Speaking of his consistency, Surya says, "I feel what I have done during my practice sessions back home when I go back to Mumbai and do it, I try and put a lot of pressure on myself whenever I'm going for a few practice sessions or playing a match scenario or doing anything any game.

"I try and put a lot of pressure on myself during my net session. So, for example, if I am targeting a few balls, and I have to get N number of runs, if I get out, I just come out. That day I don't go in to bat again.

"The same thing I'm been reflecting when I go into the games, and my plans have been very clear. What shots I have in my kitty, I just go out and express that. I won't do anything out of the box.

"It has been helping me, and hopefully try and do the same thing in the coming games."

Netherlands fast bowler Paul van Meekeren felt that there was no room for error when it came to bowling to Surya.

"I think we know how good SKY is. Over the last 12 months, if not longer, I've personally felt he was the biggest threat to bowl to. Just with his open stance, I just felt that the margin of error was a lot smaller compared to Kohli and maybe a bit more traditional," van Meekeren who got rid of KL Rahul early, said.

"They're very good players in their right, and Rohit played some unbelievable shots. When I was bowling, I felt the biggest pressure came when I was bowling to Sky. Obviously, if you miss a little bit, he punishes you. Same with other guys, but he did just a little bit more today."

Both India and Netherlands are in action again on Sunday (October 30). India take on South Africa in Perth, while the Dutch play Pakistan at the same venue, a few hours before.