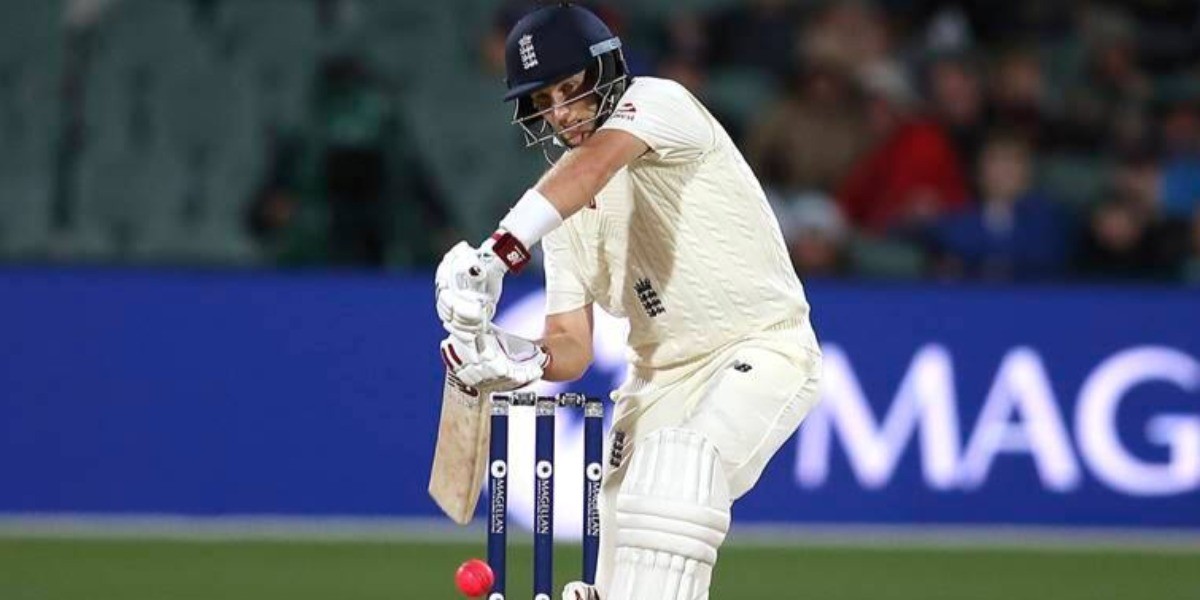 Warning: some of the stuff you will be reading in this article will be blatantly obvious. But then again, the only reason why Australia, to date, have a 100% record (8/8 wins) in day/night Tests is because visiting teams have largely failed to do the obvious.

1-0 down in the series already, having been trounced at the Gabba, England will enter the second Test in Adelaide knowing that, in order to level the series, they’ll have to do something that no team has ever done before: beat Australia in a day/night Test match. But despite the Aussies being 8/8 in pink-ball encounters, the task at hand for England is not as insurmountable as it seems.

The Kangaroos have shown patches of vulnerability in pink-ball games over the years, and came agonizingly close to losing against New Zealand in Adelaide 2015 and Pakistan in Brisbane 2016. Last year, India were conveniently ahead in the pink-ball game up until the inexplicable, once-in-a-lifetime collapse while England themselves, in 2017, gave the Aussies a mini-scare after bowling them out for 138 in the second innings and being placed at 169/3 in the fourth innings chasing 354.

On all occasions Australia found a way to emerge victorious, but in pink-ball matches, they are not as invincible as the numbers suggest.

So, what should England do at the Adelaide Oval in order to stand a chance of stopping this Australian pink-ball juggernaut?

Good showing in the first innings with the bat = everything!

This might be right up there as the biggest ‘captain obvious’ statement out there, but one of the main reasons why teams have never been able to topple Australia in pink-ball games is because of their inability to post big, competent first-innings totals.

In day-night Test history, there has been only one instance of a team posting 300 or more against Australia in the first innings. It was Pakistan in 2019, and on that occasion they’d let Australia post 589 batting first.

Australia, as mentioned above, have shown vulnerability in several day-night games, but it has gone largely unpunished due to their opponents’ inability to bat well, especially first up. 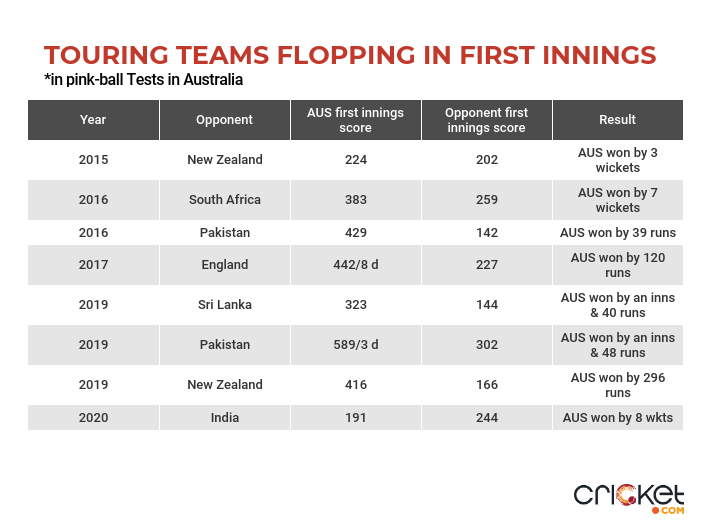 In the last six day-night matches Down Under, only once has a visiting side managed to cross 250.

In Broad, Anderson, Robinson and Woakes, England have an attack potent enough to trouble Australia with the pink ball, but the firepower with the ball will be rendered meaningless should the batters fold like they did at the Gabba.

See off Starc, go after Lyon, pile pressure on Cummins

The highest wicket-taker with the pink-ball, Mitchell Starc’s record in day-night matches is outrageous: he averages 18.86 and strikes every 36 balls. And of late, he’s managed to set the tone with the ball through very early breakthroughs: in each of the last three day-night Tests he’s played, Starc has taken a wicket inside his first three overs. Against both India (2020) and New Zealand (2019), he struck in his very first over.

Negating the threat of Starc won’t guarantee success for England, for Cummins has an even lower average, but by seeing the left-armer off, the visitors will go a long way in setting up a solid foundation with the bat.

It is worth remembering that come Adelaide, the Aussies won’t be without the services of Josh Hazlewood, who is the nucleus of their pace attack, even with the pink-ball.

In day-night Tests the lanky right-armer averages sub-20, and if England manage to keep Starc at bay up-front, the Kangaroos, unlike other times, will not have the luxury of relying on the experience and accuracy of Hazlewood. Needless to say, a wicketless spell up-front will make Starc himself more twitchy.

This will then enable the batters to exert more pressure on Cummins and (likely) Jhye Richardson, but for that they will need to be proactive against the off-spin of Nathan Lyon. And it won’t be easy. 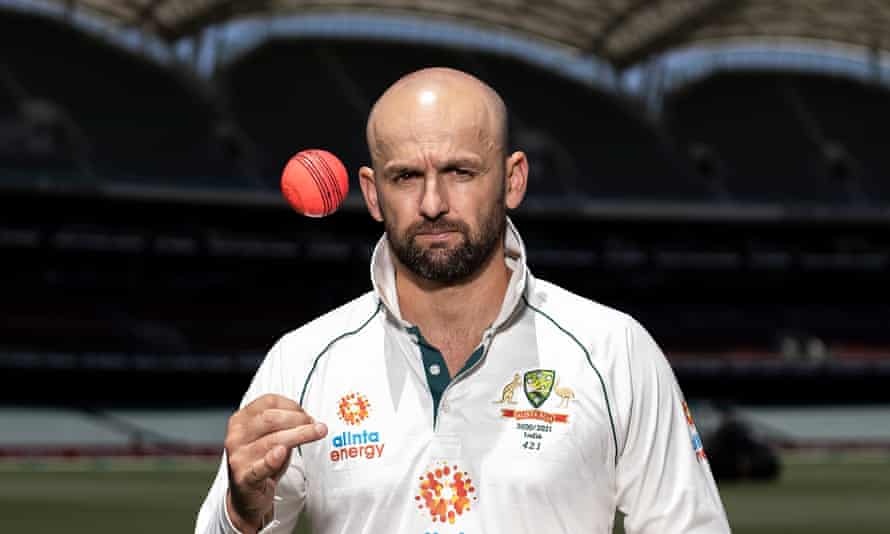 At the Gabba, England let Lyon get away with an ER of 2.60, but to stand a chance of upsetting the Aussies in Adelaide, they will need to be far more aggressive against the off-spinner. Not necessarily Aussies-versus-Leach kind of aggressive, but there’ll need to be a conscious ploy to not let the spinner settle.

There have not been too many instances of teams hitting Lyon out of the attack in day-night games, but a rare such occurrence happened 5 years ago in Brisbane.

Pakistan adopted a conscious tactic to go after Lyon, and took 108 off the 29 overs he bowled (ER 3.72). This forced Smith (the then-skipper) to over-bowl his pacers and Australia, in that particular innings, ended up staying on the field for 145 overs and conceding 450.

Targeting Starc might be a tough ask with the pink ball, but, in the absence of Hazlewood, there is all the motivation in the world for England to go after the newest member of the 400-club.

Overall, Gabba was a forgettable experience for England but there were still moments that gave them plenty of reasons to be optimistic about the rest of the series. One such was the showing of the seamers in the first half of Australia’s first innings, where the hosts were reduced to 236/6 in conditions skewed in favour of the batters. It was a phase that highlighted the vulnerability that exists within the Australian batting line-up.

With the pink-ball, especially under lights, the English bowlers will be in the game far more than they were in Brisbane. Anderson, Broad (both of whom are expected to feature), Woakes and Robinson are all twice as potent in seam-friendly conditions and they will, in all likelihood, get just that in Adelaide. And thus there could exist a potential opportunity to run through the Australian batting unit.

81, 162, 143, 50 and 47 read five of Labuschagne’s six pink-ball scores and at the Gabba, he showed signs that he is batting as well as he ever has. There, he batted with a control percentage of over 90 and constructed the perfect innings before encountering a lapse in concentration vs Leach. 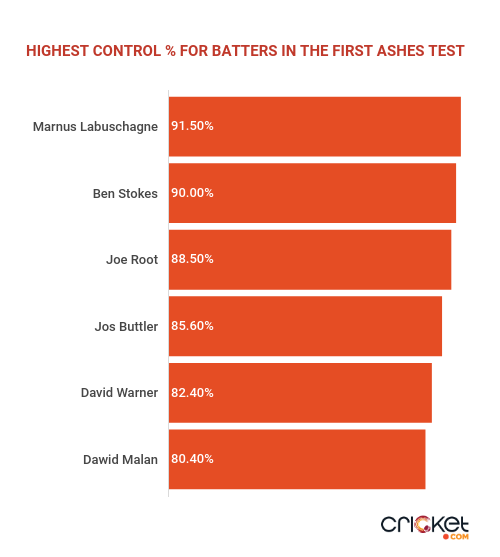 But if England can find a way to somehow see the back of Labuschagne early - and mind you, this is currently up there as the toughest task there is in cricket - then there is every reason for them to believe that they can hurt Australia big time.

Warner’s average in pink-ball Tests reads 59.60, but these numbers are skewed by the 335* vs Pakistan. Outside that he averages 26.1 with no fifty-plus scores. At the Gabba he looked shaky, with England having multiple chances to dismiss him cheaply, and come Thursday there’s a high chance he might take to the field not 100% fit due to the rib-injury he sustained last week.

His partner Marcus Harris has been largely a walking wicket in Test cricket while Smith averages only 41.83 in day-night Tests. By his standards Smith has been poor in Tests post Ashes 2019, averaging only 38.60, and at the Gabba he played an uncharacteristically loose knock before perishing for 12. England will have their reasons to be confident despite his Bradman-esque Ashes numbers.

It remains to be seen if England will field both Anderson and Broad together, but doing so might be their best bet. Anderson has an outstanding pink-ball record (average 19.28) and took a five-wicket haul in the 2017/18 Adelaide encounter under lights, while Broad has the wood over the Aussie batters and could rekindle old memories in bowler-friendly conditions.

In 2019 he removed Warner and Harris seven and three times respectively, while he also dismissed Gabba centurion Travis Head thrice.

Australia and England don’t have a lot of things in common, but possessing a batting line-up that is liable to a major implosion is one. The Three Lions' best bet, therefore, will be to target Australia's weaker facet and hope that their own fragile batting unit has a rare good outing.