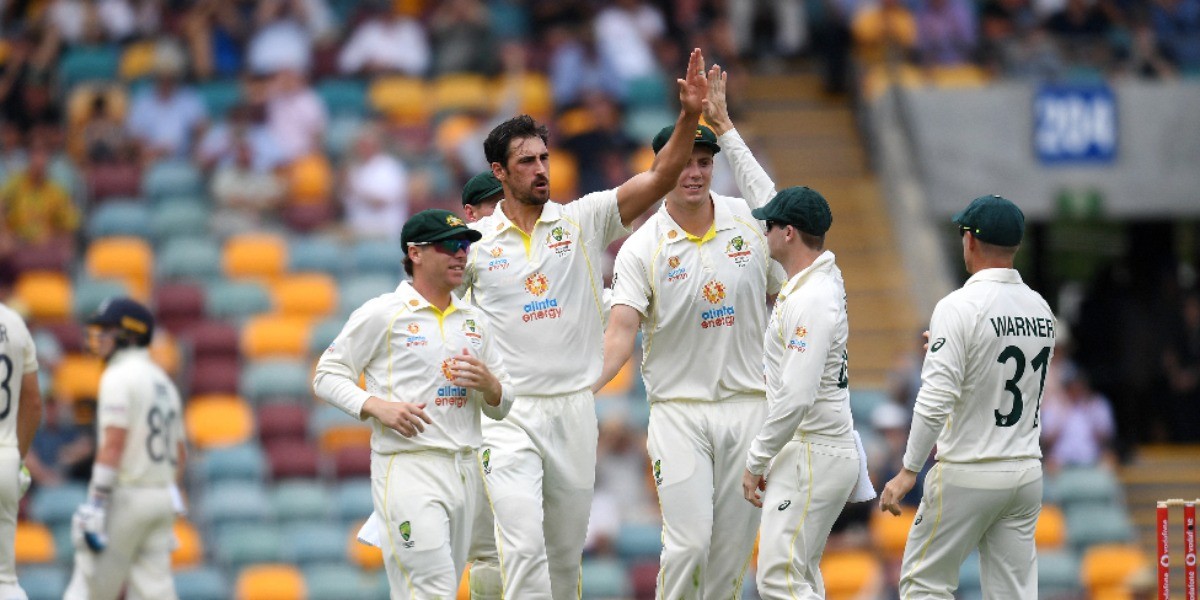 England, on Wednesday, showed why they haven’t won a single Test in Australia in the past decade

A blunder? A decision influenced by history? A miscalculated gamble? Whatever it might be, there is certainly no doubting the fact that Joe Root would be sitting in the English dressing room right now wishing that he’d opted to bowl first. Or wishing that he’d have just lost the toss and not put in a position where he needed to make a tough call.

Because like Nasser Hussain from 19 years ago, there is a good chance that, for the rest of his career and beyond, he might now forever be reminded of the ill-fated decision he took 30 minutes before the start of play on the first day of an Ashes series.

But if you’re Root, that should be the least of your worries right now. For if the 50 overs England batted today is any evidence to go by, then there is a high likelihood that the Ashes, this time around, could turn out to be even more one-sided than what it was four years ago. And that’s saying something, given England barely won a dozen sessions across five Tests during the summer of 2017/18.

Even by England’s relatively low standards, what unfolded across the first day at the Gabba was an abomination of the highest order. Yes, the conditions were fully overcast. And yes, the wicket was more lively than your average Day 1 pitch in Australia. Certainly, there was no shortage of discipline from the Australian bowlers.

But you simply cannot turn up to Australia against Mitchell Starc, Pat Cummins and Josh Hazlewood and hope to get away by showing the kind of indiscipline some of the English batters did.

The seeds for the horror-show were sown on the very first ball of the day.

Steaming-in in trademark fashion, Starc hit fifth gear and delivered one full and on the pads of Rory Burns. The ball was on target, but, despite swinging late, it was full and wide enough to be dispatched to the square-leg boundary. Next thing you know Burns misses it and the brand new Kookaburra cherry crashes on to the leg-stump to enable the entirety of the Gabba to erupt.

Indeed, after winning the toss and opting to bat first in challenging conditions against arguably the world’s best seam attack, England’s senior opener got dismissed by…….. missing a full and straight one. Good luck starting a five-Test series in Australia in that fashion.

As it would turn out, the visitors would end up not recovering from the body blow they suffered one the very first ball of the game, one that was architected not by the opponent’s brilliance but their own inanity.

Throughout the day, this continued to be a pattern: the English batters brought about their own downfall.

Ollie Pope, who was England’s best batsman on the day, got out miscuing a pull, while both Hasib Hameed and Dawid Malan played away from their body. Hameed, at least, showed grit and discipline and had to be worked out by Cummins but Malan played the worst shot of the innings (well, slightly better than Burns you can say), poking his bat at an innocuous sixth-stump length delivery that should have been left alone 10/10 times.

You don’t stand a chance of competing in Australia by making mistakes like these and England, of all teams, know it. Yet whether it was down to lack of match-practice or the enormity of the occasion, the Three Lions just let the Aussies run over them like a freight train.

England were there for the taking from ball one, but it is to Australia’s credit that they put the visitors to the sword. And fittingly it was a day that belonged to the newly-appointed skipper Cummins, who had a flawless outing both as a captain and a bowler.

Losing the toss and bowling first in Australia is never ideal, no matter the conditions, but right from ball one the Aussies approached the game as if it was they who put England into bat. The first-ball-wicket certainly helped to get the juices flowing, but in the 50.1 overs they were on the field, Cummins and Australia did not put a foot wrong.

Firstly, as a bowling unit, the Aussie bowlers were right on the money. All three of Cummins, Starc and Hazlewood were quick to identify the ideal lines and lengths to bowl on the lively Gabba wicket and they kept asking one question after another, relentlessly probing the English batters. 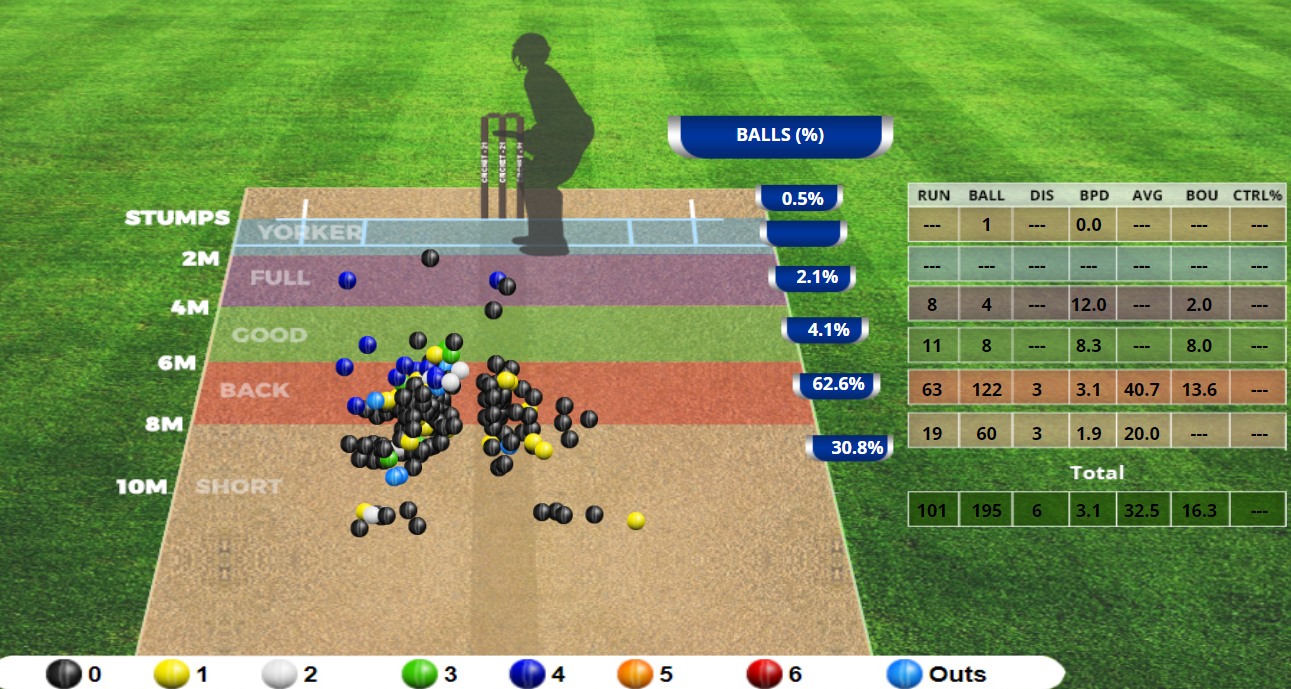 Australian seamers vs right-handers on Day 1

And each seamer got one big fish each.

While Hazlewood got the better of Root through a delightful set-up, Cummins nipped Stokes’ innings in its bud by delivering, from round the wicket, a snorter that hit the splice of the southpaw’s bat and carried to third slip.

Starc, meanwhile, dismissed Buttler by angling one across the right-hander, and it was the most important breakthrough of the lot as the wicketkeeper-batter was threatening to take the game away from the Aussies by playing some free-flowing counter-attacking cricket.

That Australia were able to put constant pressure on the English batters without letting them get into a rhythm was down to the captaincy of Cummins, who rotated all the bowlers, himself included, quite efficiently.

Two overs was all he gave to Starc with the new-ball before bringing the left-armer back for two extended spells in the middle, while he himself bowled only one long spell - a six-over burst up-front that culminated in the wicket of Stokes.

Hazlewood was used across four different spells - short-ish ones that were no longer than 4 overs maximum - while Lyon was made to compliment the seamers well.

Cummins even, on either side of lunch, utilized the seam of Cameron Green as an attacking fifth option, and the move worked like a charm as the youngster scalped the big wicket of Pope, who was one of two English batters on the day to cross 30.

There is still a long, long way to go in this match and series, but history has shown us that early impressions in the Ashes generally mean a lot. More often than not, they tend to foreshadow what follows over the course of the next couple of months.

It would be naive to jump to conclusions based on 50.1 overs of play, but the first day of the Gabba Test has made it abundantly clear that it's England who will need to start playing out of their skin, and do so pretty soon, in order for this battle to not turn into a foregone conclusion.