I have high hopes from Umran Malik: Kane Williamson 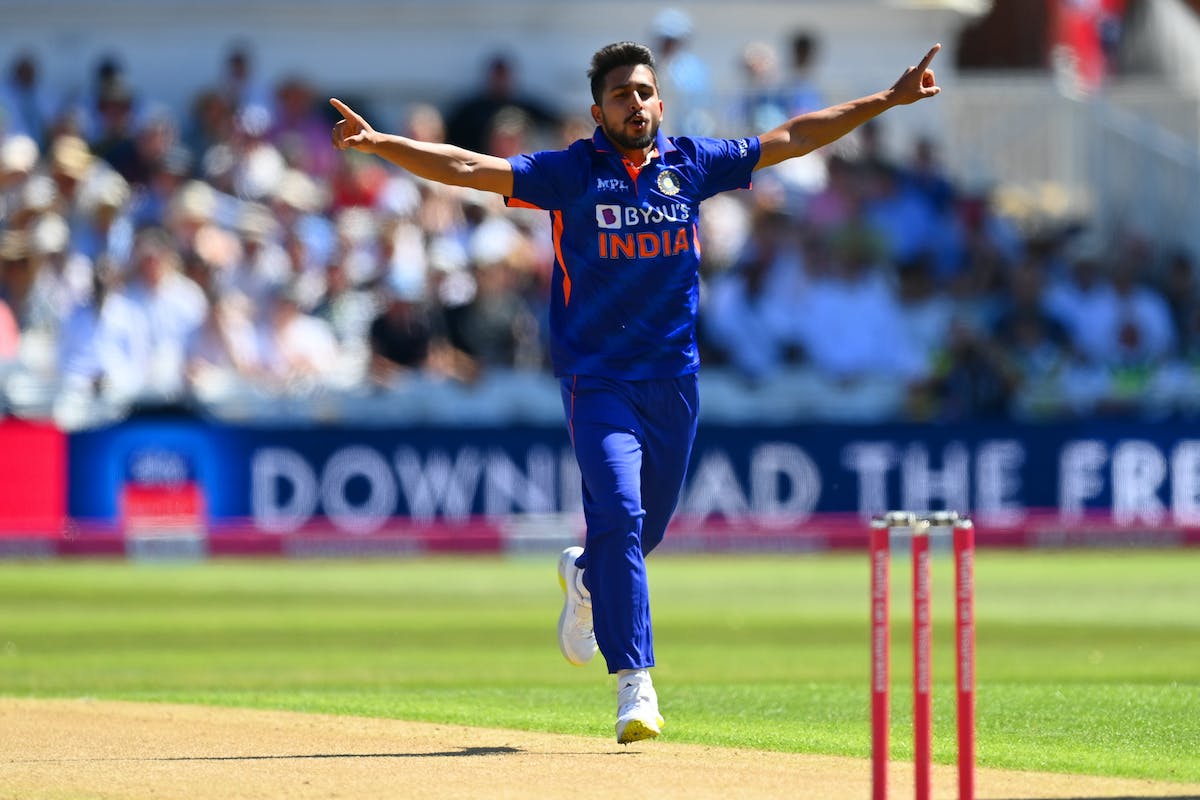 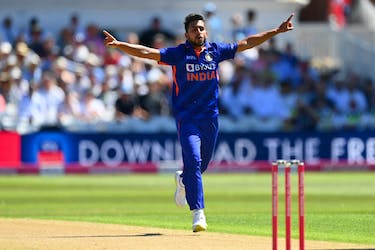 I have high hopes from Umran Malik: Kane Williamson

Umran Malik rose to prominence at the back of an impressive Indian Premier League (IPL) season that saw his being elevated to the national side. He made his T20 International (T20I) earlier this year against Ireland and is now in contention to play against New Zealand as well. Overall, Malik has just a couple of scalps from three T20Is so far.

Malik has now played a couple of seasons in the IPL with Sunrisers Hyderabad (SRH) and has picked up 24 wickets at a strike-rate of 15.29 in 17 matches for them. However, IPL 2022 was his breakthrough year. he picked up 22 wickets in the previous season, striking once every 13.4 deliveries and also picked up his maiden five-wicket haul.

Ahead of the T20I series, New Zealand captain Kane Williamson, who is also the SRH captain, has said that he has high hopes from the J&K speedster.

“Umran Malik is a great talent. It is wonderful seeing him in international cricket now. I have high hopes from him now that he has been selected for the India squad for this upcoming series,” Williamson said during a media interaction organized by Amazon Prime Video on Tuesday (November 15).

Hardik Pandya will lead India in the T20I series as the big guns including regular skipper Rohit Sharma have been rested following the T20 World Cup 2022 campaign. Both New Zealand and India crashed out at the semi-final stage. Pandya led Gujarat Titans to their maiden IPL title in 2022, in their first year in the competition.

Speaking of Hardik, Williamson said, “Hardik is a superstar of the game and one of the most sought-after match-winners in the world. He has had a lot of success as captain at the IPL level."

"India have a number of great players in this squad that I know personally as well. Hardik will benefit from support from Virat [Kohli] and Rohit [Sharma] going forward."

England won their second T20 World Cup title at the MCG on Sunday (November 13), pipping Pakistan. However, the takeaway for Williamson from the marquee event is the fact that on any given day, anyone can beat anyone.

The World Cup saw many upsets like Namibia beating Sri Lanka, Scotland edging out West Indies, Ireland beating England and perhaps the biggest one of them all, the Netherlands beat South Africa to knock them out of the tournament.

“There are so many quality T20 sides around the world. On any given day, anyone can beat anyone – like we saw during the World Cup as well," Williamson said.

"England are a strong side with great depth and play an aggressive brand of cricket. I see the game evolving but it comes around in circles as well.”

The white-ball series between India and New Zealand will kick-start with the first T20I on Friday (November 18) in Wellington. The Blackcaps will go into this series without two of their senior pros Trent Boult and Martin Guptill, who have been dropped.

Speaking of the duo, Williamson said that the doors are not shut on them.

"With the moving landscape we are presented with, players have made a number of decisions and Trent being big part of our team has done that and although still available he has got a few other things to focus on," the skipper said.

"There is an opportunity at the moment with other guys on the fringe to get some opportunity and for us building a team and growing as a team is really important. "But Trent is certainly a big part of New Zealand cricket and has been for a long time, it is going to be important to learn and get an understanding on how it looks over the next period."

On Guptill, he added: "You could argue that he has been our best white-ball cricketer ever, he is right up there. He brings good qualities to the team and was outstanding through out the World Cup and passed on his knowledge with the young ones. So full credit to him."

With plenty of matches one after another, Williamson feels only teams with a deep talent pool can afford to have different teams for white-ball and red-ball cricket.

"With the volume of cricket happening, that is definitely a challenge not just for the players but for the support staff too," Williamson said.

"You are playing games every two or three days and that absolutely has its challenges and you see more and more around the world where formats are split and once again there is a balance to strike.

"Some nations with larger player pools have more of an opportunity to do that and other sides have other challenges. You are always trying to balance that out and make sure guys are fresh." Williamson, whose team lost in the T20 World Cup semis last week, was also asked if tournament champions England have set the template on how the shortest format should be played.

"There are so many strong T20 sides and we saw it in this tournament more so than any other. There were a number of upsets. The English team plays a strong brand of cricket which is aggressive and suits the balance of their side and every team is always trying to work around its strength and play according to those to put out its best performance.

"The game is evolving all the time but you also see it kind of go in circles where it goes in one direction and comes back to another. At the end, you are trying to understand what works for the team with the resources that you have," Williamson said.