India favorites but others hungry for the Asia Cup crown 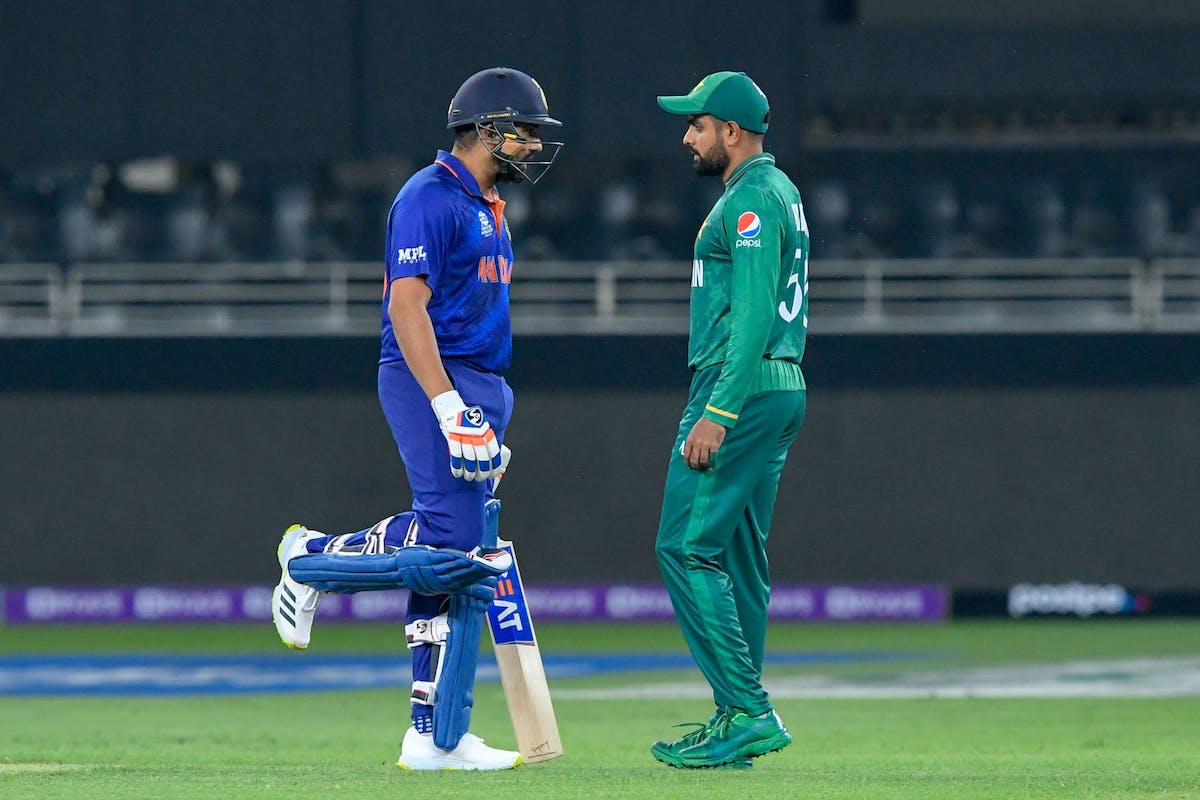 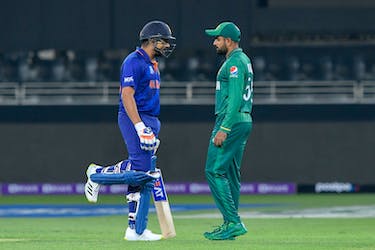 India favorites but others hungry for the Asia Cup crown

Since starting out as a tournament for goodwill between nations in 1984, the Asia Cup has set itself apart as a unique tournament with over 14 editions since. It is the only continental tournament in international cricket and the only competition which will be played in the ODI and T20 formats biennially and alternatively.

To be played in the T20 format this year, it frames the perfect opportunity for the five nations to test themselves in a multi-team tournament before the upcoming T20 World Cup in Australia. Although the omission of three prime pacers due to injuries - Jasprit Bumrah, Shaheen Shah Afridi and Dushmantha Chameera - has taken some sheen off the competition, it still remains a key tournament from the World Cup perspective. In this space, we look at the areas each team would look to improve in the UAE.

The Men in Blue will enter the tournament as firm favorites. They have played 21 T20Is this year, using most of them to test their bench strength and sift the best options for the T20 mega event in Australia. However, the Asia Cup will be about assessing the mettle of their anticipated squad. Hence, India have announced their full-strength squad for this Asia Cup, barring the injured Jasprit Bumrah and Harshal Patel. 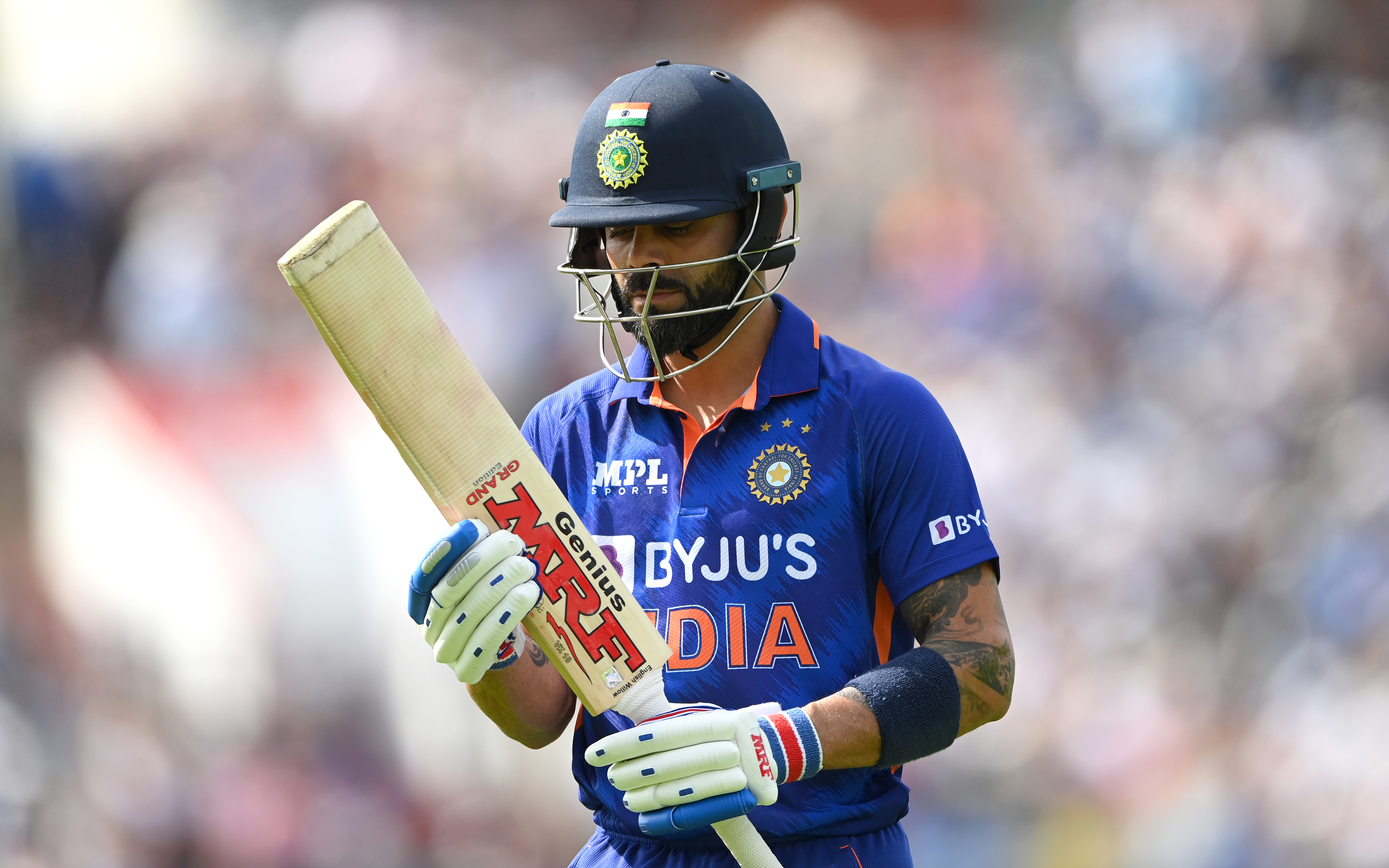 India will have a few other objectives. Their top-most priority would be Virat Kohli’s form. The former Indian skipper averages 22.2 in T20s this year at a strike-rate of 118.2. He has missed a majority of the T20 internationals this year with the team doing well in his absence. A tough tournament for Kohli can put India in a precarious position regarding their star batter’s selection for the World Cup.

KL Rahul will also have the spotlight on him. Returning to the side after a three-month break from rehab, Rahul managed only 31 runs in two ODI innings against Zimbabwe. While he is almost a certainty for the World Cup, India will be eager to see one of their gun batters get back to what he does the best.

Last but not the least, this Asia Cup will decide who gets the remaining seam bowler’s spot in the World Cup squad. India have picked only three specialist pacers for this tournament out of which Arshdeep Singh and Avesh Khan are prime contenders for the mega-event Down Under. Arshdeep is currently ahead but things can take a twist.

Pakistan have played only one T20 international this year which makes this Asia Cup critical for their World Cup preparations. Firstly, this is the tournament that would set them into the T20 groove.

Pakistan have a superb record in the UAE, winning five of their six T20Is in the middle-east nation since 2020. However, the World Cup is in Australia which poses a different challenge in terms of conditions. Currently, only two batters in their squad - Fakhar Zaman and Asif Ali - have managed an average of over 35 while striking above 140 in T20s this year. While Babar Azam and Mohammad Rizwan are their top scorers, other teams have started scoring quicker in T20 cricket. Therefore, Pakistan will have the challenge to up the ante. Their batting approach would be one of the most interesting aspects of this Asia Cup.

Meanwhile, Shaheen’s injury is a major blow to their chances. In addition, the young Mohammad Wasim is also ruled out due to a back injury. It leaves Pakistan with a largely untested pace attack. Barring Haris Rauf, the other pacers in the squad - Mohammad Hasnain, Naseem Shah and Shahnawaz Dahani - hold the experience of only 20 T20Is in between them. In a way, it is a nice challenge for Pakistan; to test their fringe pacers in the absence of Shaheen in a multi-team tournament.

Hasan Ali has been announced as the replacement for Wasim. Dropped from the side in the first place, it will be interesting to see if he gets a chance ahead of those originally selected, only to fill for the lack of experience.

Coming into the Asia Cup, the four-time champions suffered a big blow as premier pacer Dushmantha Chameera was ruled out due to a calf injury. This leaves Sri Lanka with a raw pace attack of Dilshan Madushanka, Matheesha Pathirana and Pramod Madushan – all of whom are uncapped in T20Is. In terms of experience, the fast-bowling department will rely on the smarts of allrounders Dasun Shanaka and Chamika Karunaratne. However, Sri Lanka have an effective spin attack, in the form of Wanindu Hasaranga, Jeffrey Vandersay, Maheesh Theekshana and Dhananjaya de Silva. 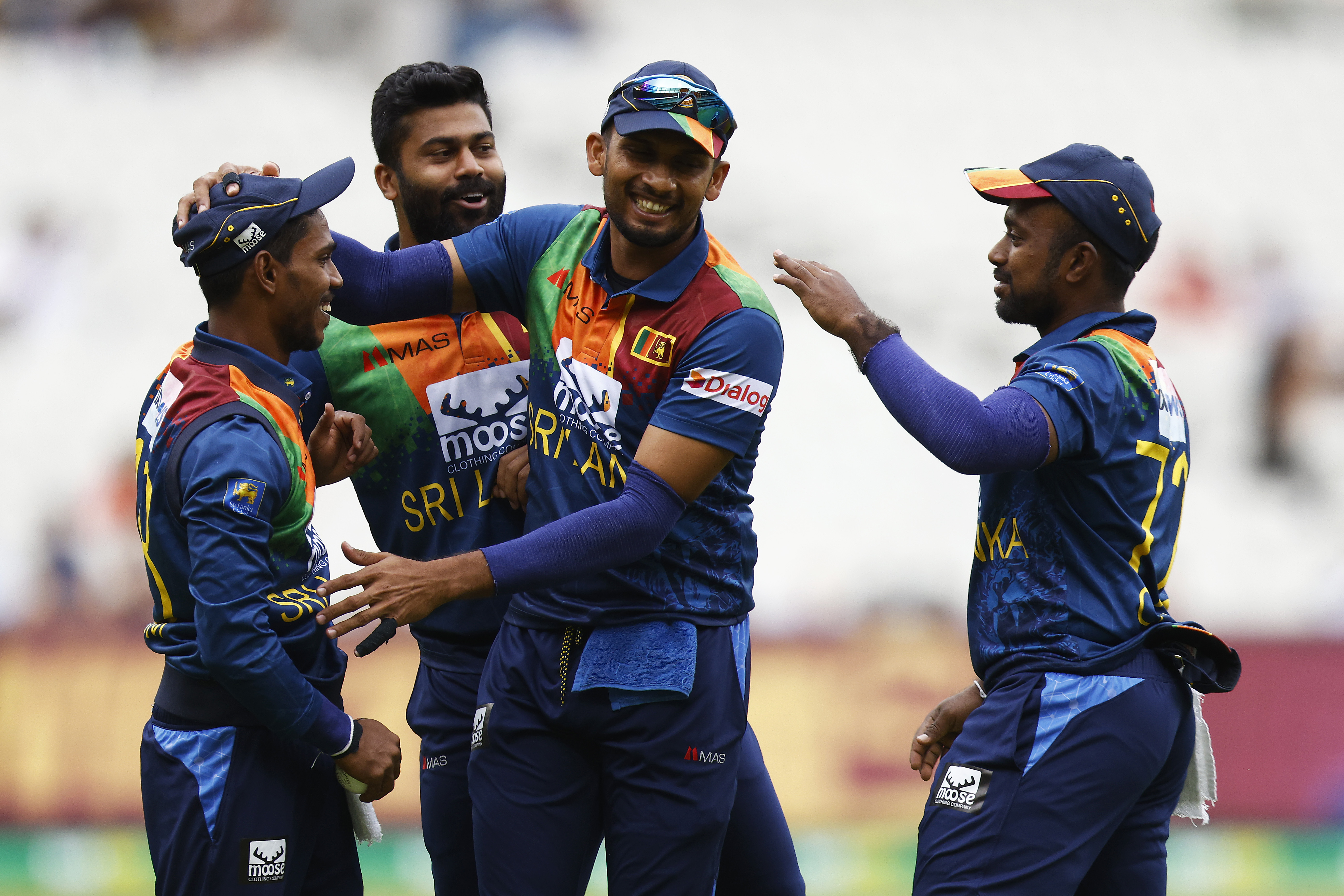 Among Test-playing nations, Sri Lanka’s batting average of 20 since 2021 is only better than that of Bangladesh. The skipper Shanaka is the only batter to have numbers to brag about (average 44, strike-rate 145.3 in 11 T20Is this year). It is not that Sri Lanka have batting talent but they are yearning for consistency.

A lot of these obstacles persisted in the T20 World Cup last year as well. Yet, the Islanders emerged as one of the most-improved sides in the tournament. They are yet to win a T20I series in the 12 months but still cannot be taken lightly.

No other team has so much uncertainty going into the Asia Cup. The two-time finalists are without a head coach for their T20I team with BCB’s technical director Sridharan Sriram responsible for the team strategy for the first time. Star allrounder Shakib Al Hasan has been handed over the captaincy in spite of the doubts over his commitment for the national team.

They had two captains in their recent series against Zimbabwe which they lost 1-2 where their batting department failed miserably. Before that, they were beaten 0-2 in the T20I series against West Indies where the brittle nature of their batting was evident. While injuries and the absence of key players played a part in these failures overseas, Bangladesh’s performance on the UAE pitches in the 2021 T20 World Cup didn’t pose much to talk about either. They were stunned by Scotland in the first round and lost all their matches in the Super 12s stage. In Sri Lanka and Afghanistan, alongside possibly India and Pakistan in the Super 4s, Bangladesh will face a stern test ahead of the T20 World Cup.

Afghanistan are placed with Sri Lanka and Bangladesh in Group B. In the previous edition of the Asia Cup - played in the 50-over format in 2018 - they defeated both these sides alongside a tied game against India. Afghanistan have only grown from strength to strength since then.

They maintain an excellent spin attack with the likes of Rashid Khan, Mujeeb Ur Rahman and Mohammad Nabi. Tackling this trio on the UAE tracks can prove too tricky for the best of the batting line-ups. The pace attack seems sorted with death bowling options in Fazalhaq Farooqui and Naveen Ul Haq. 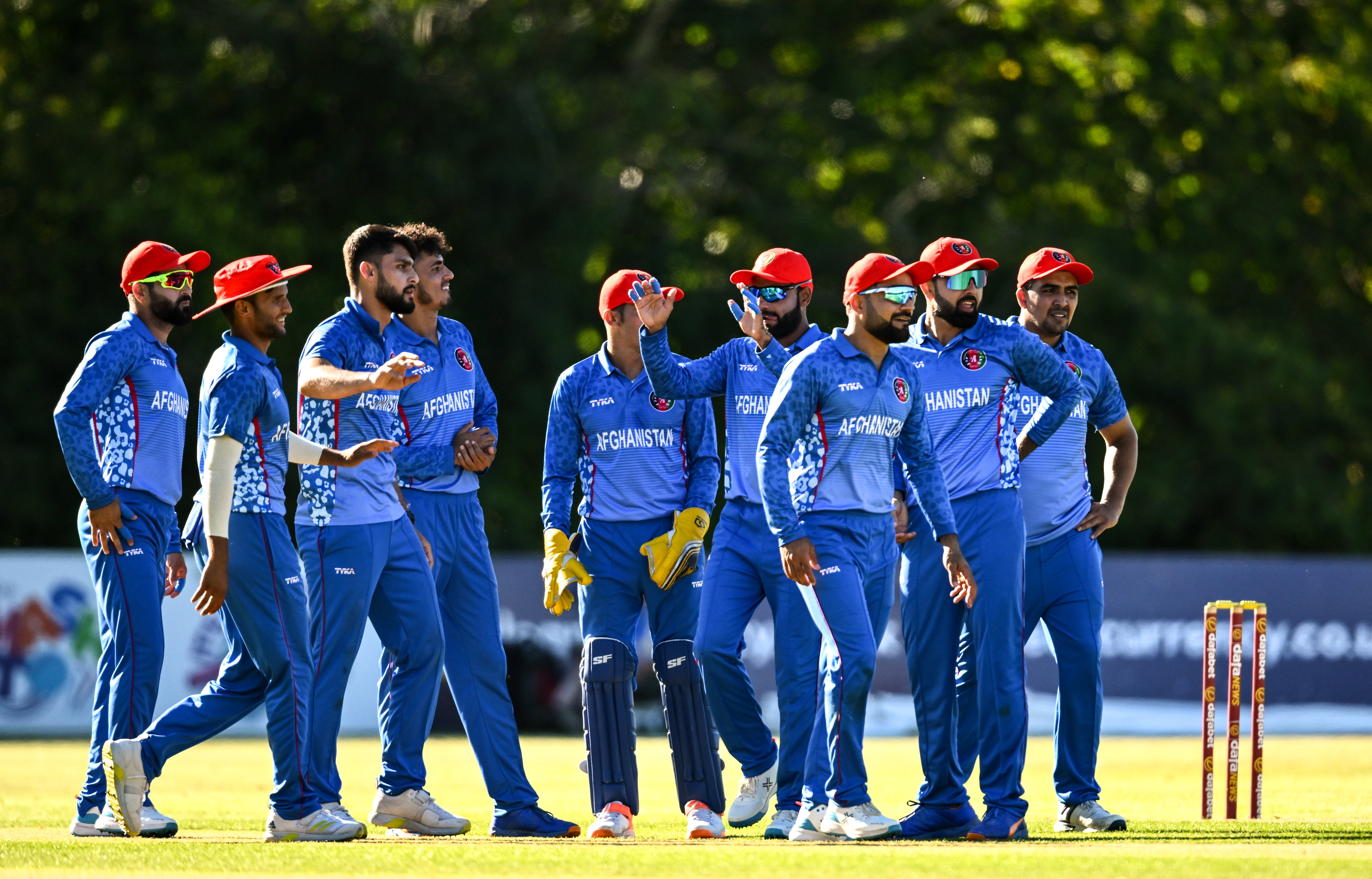 It is the batting where Afghanistan need to get better. Mohammad Nabi’s form (average 17, strike-rate 116.3 in T20s this year) will be vital in the middle-order to take the pressure off Najibullah Zadran (43.5, strike-rate 155.2 in T20s this year). There is a similar story at the top;  both Hazratullah Zazai and Rahmanullah Gurbaz have potential but need to be more consistent to support Ibrahim Zadran.

Overall, Afghanistan have done quite well in T20 cricket, winning 11 of their 18 matches since 2021. However, only three of these games were against higher-ranked Test nations. They will take inspiration from their previous victories over their fellow Group B members and sail into the Super 4 stage of the competition this year.

For the third time, Hong Kong qualified for the Asia Cup after an undefeated qualifying campaign. They defeated UAE, Singapore and Kuwait to make it to the 2022 edition.

Hong Kong didn’t cross the group stage in 2004 and 2018 and will look to pull off a big upset after being pitted against India and Pakistan. Veteran off-spinner Ehsan Khan will be crucial for Hong Kong after having snared nine wickets in the three matches in the Qualifier. In the batting department, captain Nizakat Khan alongside allrounder Yasim Murtaza will be key at the top of the order as the pair’s consistency put Hong Kong in the Asia Cup.