It is a part of the game: Harmanpreet on Charlie Dean's run-out 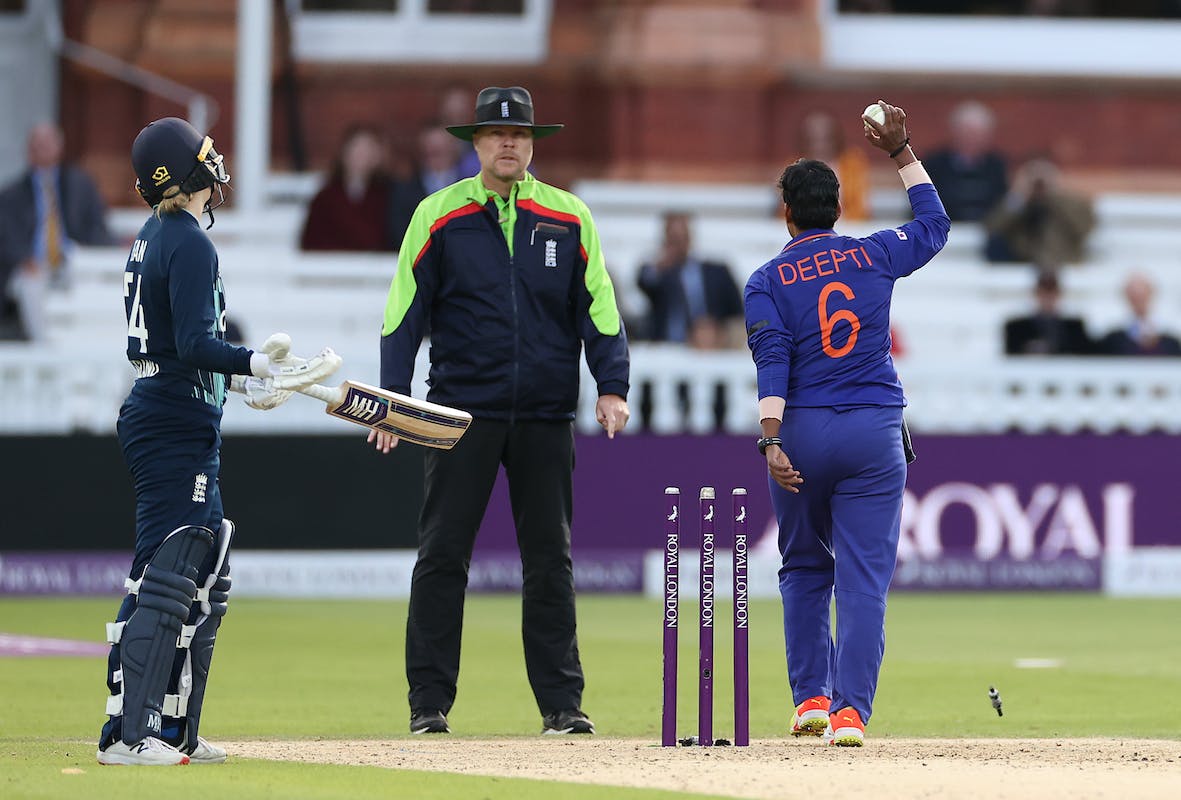 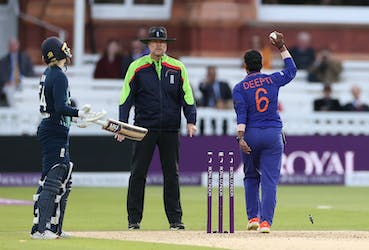 It is a part of the game: Harmanpreet on Charlie Dean's run-out

The England summer has come to an end but not how most people would have wanted, as the last wicket act has left the cricketing world divided on the spirit of the game.

With 18 runs needed and one wicket remaining, Deepti Sharma was assigned the role of bowling the 44th over of the innings. The all-arounder was brilliant with the bat in the first innings, and her unbeaten 68 off 106 deliveries helped the Women in Blue post 169 runs on the board.

With stakes rocketing sky-high and the Indian team wanting to give Jhulan Goswami a fitting farewell, Deepti paused in her delivery stride and managed to whip the bails off, with Charlie Dean out of her crease at the non-striker's end.

While it is well within the rules of the International Cricket Council, the mode of dismissal usually has the cricketing world divided on the spirit of the game.

Despite a stunned silence in the crowd and among the England players, the umpires gave it out, resulting in India completing a 3-0 clean sweep against England for the first time in England.

In the post-game conversation, Harmanpreet backed her bowler and said,  "I don't think we have done any crime. It's part of the ICC rules, it's called a run-out, and we've done that."

"I don't think we need to talk about that because the first nine wickets were also very important, and everybody was working so hard," she further added.

"The way our bowlers bowled and the whole team putting in the effort, there were a lot of things to celebrate other than just talking about the last wicket."

On the other hand, Amy Jones lauded the efforts of Dean to help England crawl their way out of the muddle and get in touching distance of a win. The right-handed batter scored 47 off 80 deliveries and kept the scoreboard ticking to keep the home team in the hunt.

"I think we bowled well and needed a bigger partnership there through the middle. The last dismissal divides opinion, and I'm not a fan, but it depends on how India feels about it. It's within the rules, hopefully, doesn't take the shine off the summer, said Jones on the loss.

The Indian skipper also heaped praises on Goswami for her steeler career at the international level and shared his thoughts on the veteran seamer.

"When I made my debut, she was a leader. I told her when I was going through the best time, people supported me, but when I was in a rough time, she was the one who supported me. I wanted to thank her and tell her she is always with us. She is a go-to person, I always called her at low times, and she was someone always guiding me," she concluded.