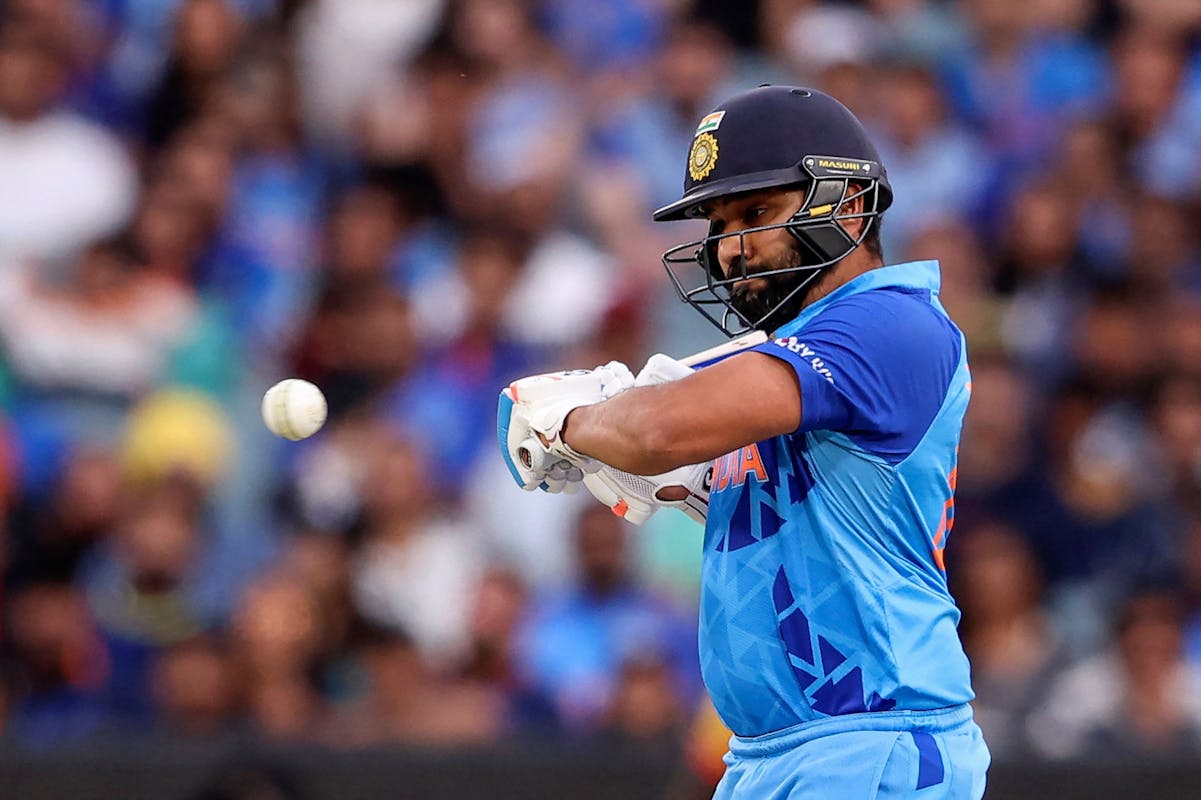 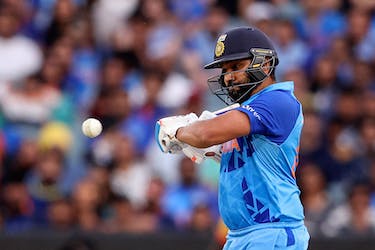 India skipper Rohit Sharma felt that adjusting to the ground dimensions across different venues has been the biggest challenge for batters in 2022 T20 World Cup.

Rohit managed 89 runs across five Super 12s matches and was out within the powerplay on four occasions and he explained that vast differences in pitch behaviour and boundary distance has made it difficult for the batters to play instinctive shots.

"I remember talking about coming out and playing fearlessly for a number of months now. But certainly in this tournament, it has not happened quite well for us because looking at how the conditions are here, you just don't want to come out and swing your bat," Rohit said ahead of India's semifinal against England at Adelaide.

"A lot of the players in our squad are quite instinctive players. They like to see the ball and react to it, and if you see from the top order until No. 7, No. 8, we've seen different kind of performances from them, as well," he added.

"I thought that is where our adaptability came into the picture, and guys adapted quite well, understood the situation and played accordingly, which is a good sign," he said.

Rohit also cleared the concerns around his playing in the semifinal on Thursday. The righthander was hit on the forearm during a practice session on Tuesday and was seen talking to mental conditioning coach Paddy Upton.

"The first part is obviously, I was hit yesterday, but it seems to be fine now. There was a little bruising, but it's absolutely fine now," Rohit said.

The Indian captain felt that one knock-out game does not undermine the hard work put in for years.

"I think knockout games are important. We do understand that. It's a simple logic to it. You get to play only once and there's only one opportunity to do well in that knockout game."

"I think, not just for me, but for the players, what they've done in their entire career doesn't define them by just one knockout game. The entire year you work so hard to get where you want to and to do well in whichever format you play. So that one particular game is not going to decide that," Rohit said.

Axar Patel's bowling has been another concern for India in the tournament. The left-arm spinner has claimed three wickets from five matches at an economy of 9.1. His economy took a beating in India's final Super 12 game against Zimbabwe where he conceded 40 runs from 3.2 overs. Rohit was worried about Axar's form as he felt that the spinner rarely got the chance to to bowl his full quota of four overs.

"To be honest, not really worried, because he hardly got to bowl in this tournament. Except that game against Netherlands, he's not bowled full overs of his quota. It's only because of the condition that has to offer. We've got four seamers who have particularly bowled all of their quotas, which means the spinners will not bowl their overs," Rohit said.

"Guys can have one bad tournament; it doesn't mean that he's out of form or not bowling well or not been able to execute plans. I thought the kind of space he's in, for me, that is important. When I talked to him, I pretty much feel that he's in a good space," Rohit added.

Throughout the tournament, Suryakumar Yadav has played the most impactful knocks for India with three fifties from five matches which have come at a strike rate of 194. Rohit felt that the righthander loves to play without pressure in tough situations.

"He's the sort of guy who just doesn't carry any baggages with him -- not his suitcase. He's got a lot of suitcases. He loves his shopping. But when it comes to carrying the extra pressure, extra baggages, I don't think he has that in him," Rohit said.

"I don't know if you've heard him talk in interviews; he likes to bat in a similar fashion whether we were 10 for 2 or 100 for 2. He likes to go out and express himself," he said of Suryakumar, who is the third highest run getter in the tournament with 225 runs.

India had beaten England 2-1 in an away series in July, which is a good confident booster for Rohit. However, playing well on one particular day is going to matter the most.

"Going into the game, it'll give us some confidence because beating a team like England in England, obviously it's a big challenge, and we overcame that challenge pretty well. But again, like we do understand the dynamics of T20 cricket. You just have to be good on that particular day, otherwise it's not good enough," Rohit said.