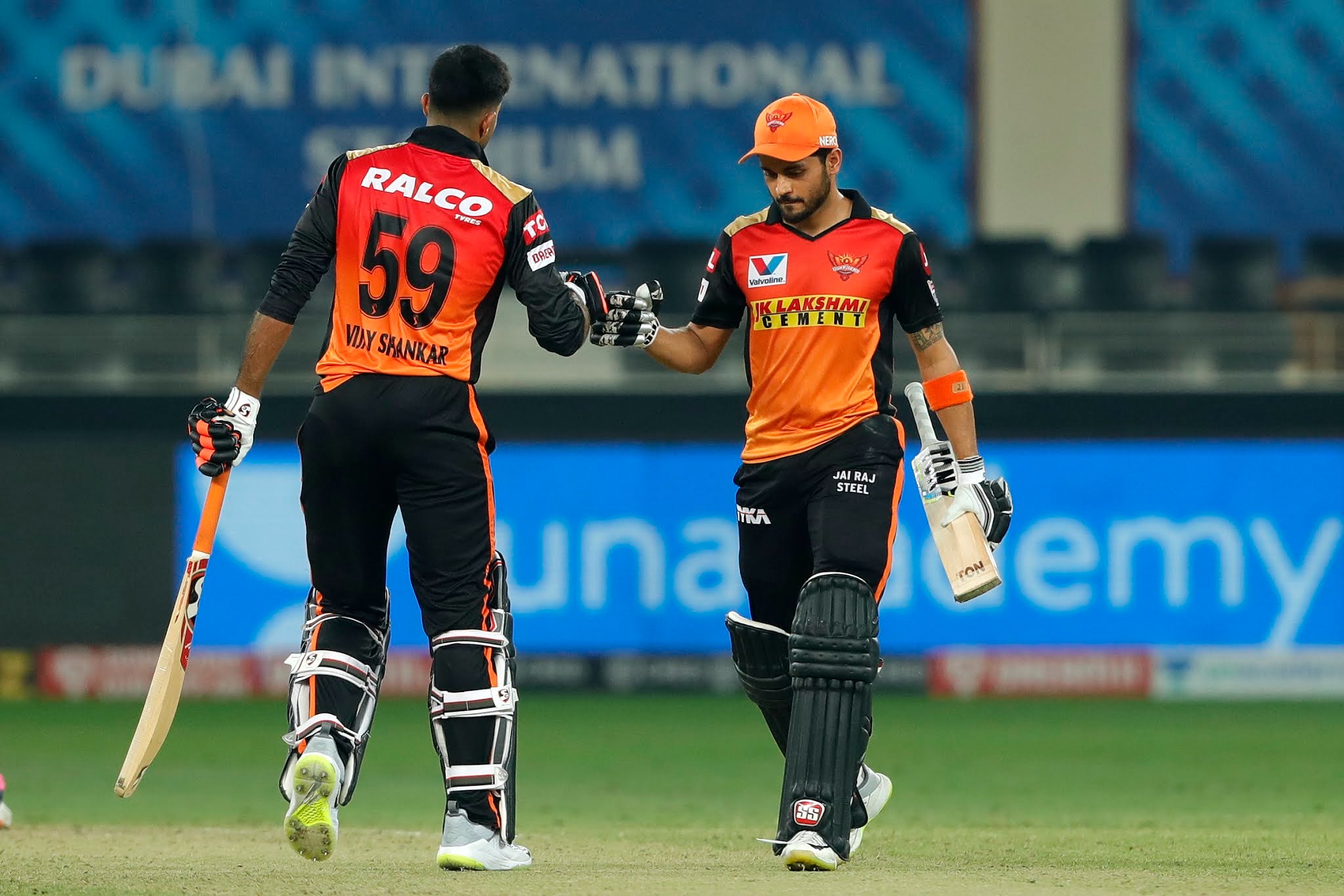 As the tournament heads towards the end, there are few teams who are safe for an extent. However, for teams like Kings XI Punjab and Sunrisers Hyderabad, every match is a must win encounter. In Match 43, both Punjab and Sunrisers will be fighting for the fourth spot. On one side, Punjab will be reaping of confidence as they have defeated the top three teams in their last three matches. On the other hand, Sunrisers will be a happy side after their middle order propelled to a victory in their match against Rajasthan Royals.

In the last five matches, including the reverse leg in which Sunrisers thumped a 69-run victory, Punjab have faltered. Its not only in the recent meetings, overall in IPL, Punjab has a 26.6 percent win record against Sunrisers, which is a worrying fact. But, can they reverse it is the question? 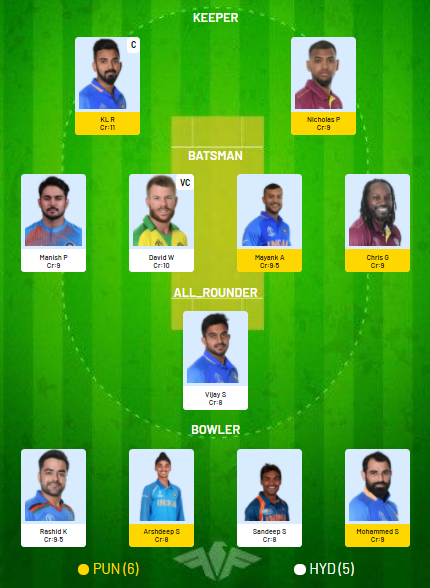 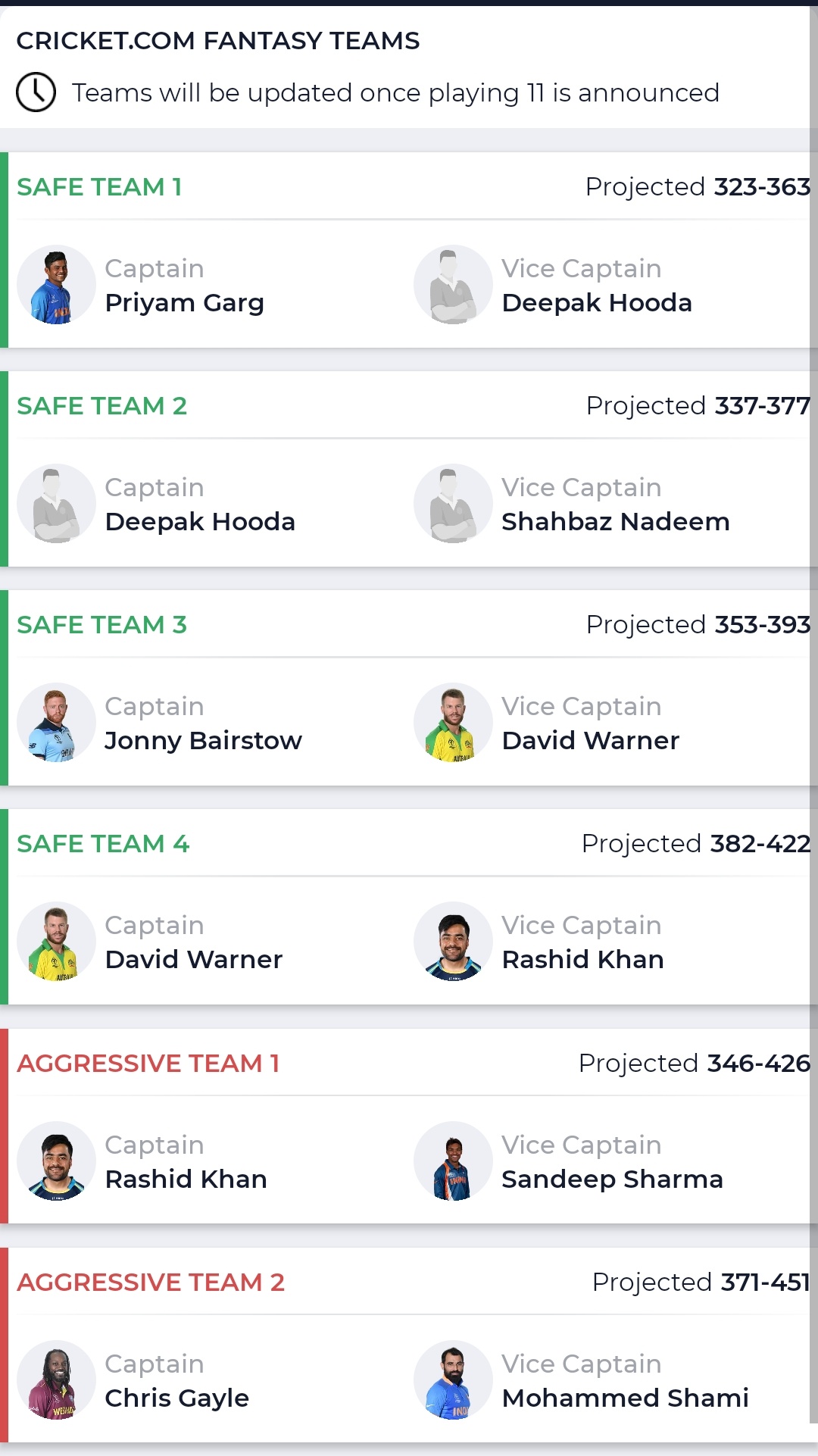 18 matches have been played at the Dubai International Cricket Stadium so far this season. In the first 9 matches only one team had won chasing and the average first innings score was around the 180 mark. However, in the last 9 matches, majority of the matches have been won by the teams chasing (5 matches) and the average first innings score has dropped to 170. This is a clear indication of the pitch slowing down in Dubai this season.

All three venues have been neck-to-neck in terms of runs/wicket and balls/wicket. Sharjah is an exception when speaking about runs/wicket. In Dubai this season, a wicket has fallen every 20.3, which is the fewest among all the three venues. However, in Abu Dhabi and Dubai, wickets have fallen every 28.2 and 28.3 runs. 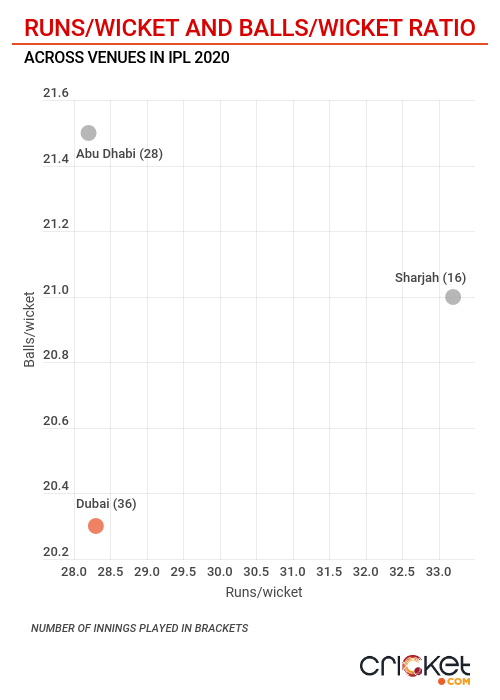 In this season of IPL, the pacers have dominated the wicket section in Dubai as they have picked up 65.3 percent of the wickets and bowled 61.4 percent of the overs. In terms of picking up wicket early as well, the pacers have managed to make early inroads as compared to the spinners. However, the spinners have managed to control the run flow better. 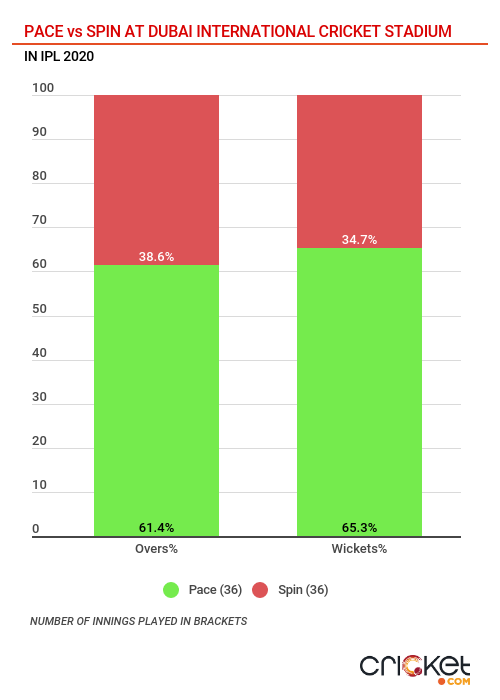 In Dubai, the left arm pacers have been the most successful bowlers when it comes to striking early. They have bagged 34 wickets at a balls/wicket ratio of 17.5. Leg spinners at this venue have bagged 43 wickets, which is the second most among bowling styles. However, the leggies have conceded at an economy of 7.9. Among the spinners they have been the costliest in terms of economy.

Vijay Shankar could be the preferable allrounder, especially after his match winning feat against Rajasthan in their last match. As for bowlers, Rashid Khan is a certain choice alongside Mohammed Shami. Sandeep Sharma has been good with new ball and his record against Gayle is particularly fascinating.

The last time Punjab and Sunrisers met each other, one of the biggest contest was missing. But, in this encounter, Gayle will face against the Rashid. In a six innings face-off, Gayle has smashed runs at a strike rate of 175.6 and Rashid has dismissed Gayle three times at an average of 26.3. To be said, Gayle has a slight advantage over the ace leggie. 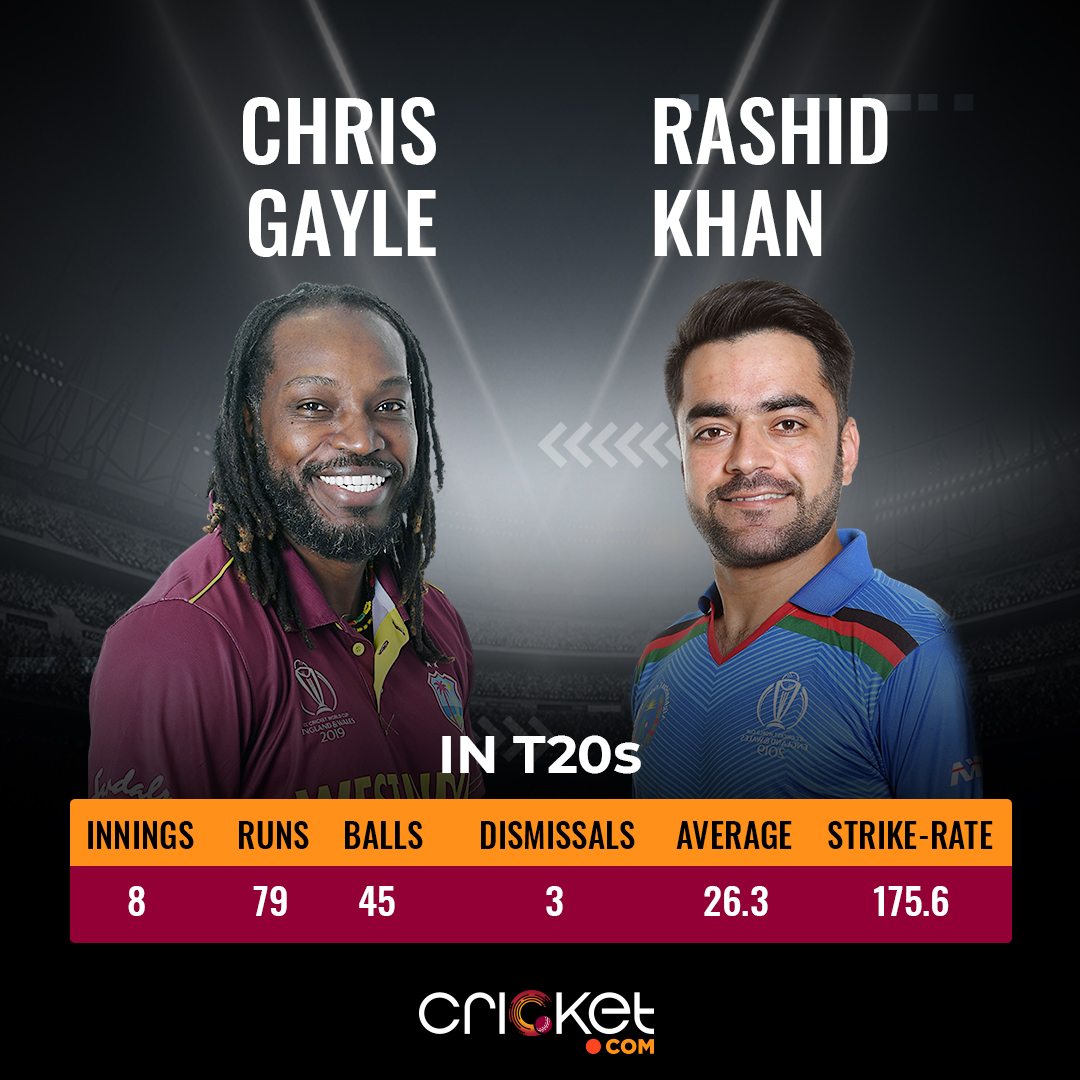 Generally, Rahul is a good player of spin in limited overs cricket. However, Rashid is a bowler who can bamboozle the best of the best. In the reverse leg, Rahul was dismissed before Rashid was introduced. In T20s, Rahul has been cautious against the likes of Rashid, still, Rashid has managed to breakthrough. 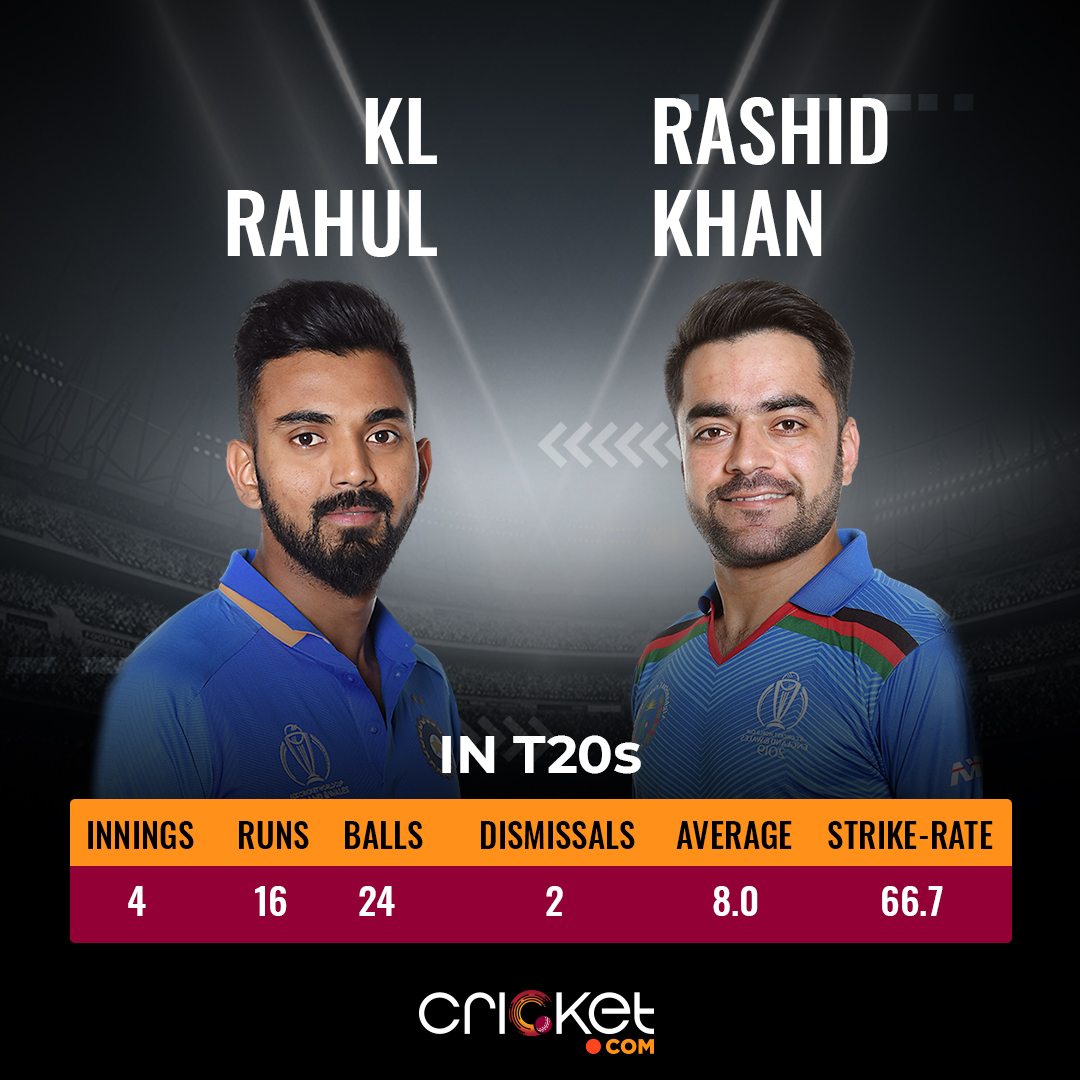 The left handed-opener has been batting up and down in few of his recent matches, which probably has affected his batting. In any case, he would want face as much as balls possible against his favorite team in IPL, especially when he has an exceptional record against their strike bowler Shami. In six innings, Warner has got out only once at an average of 65 and a strike rate of 151.2 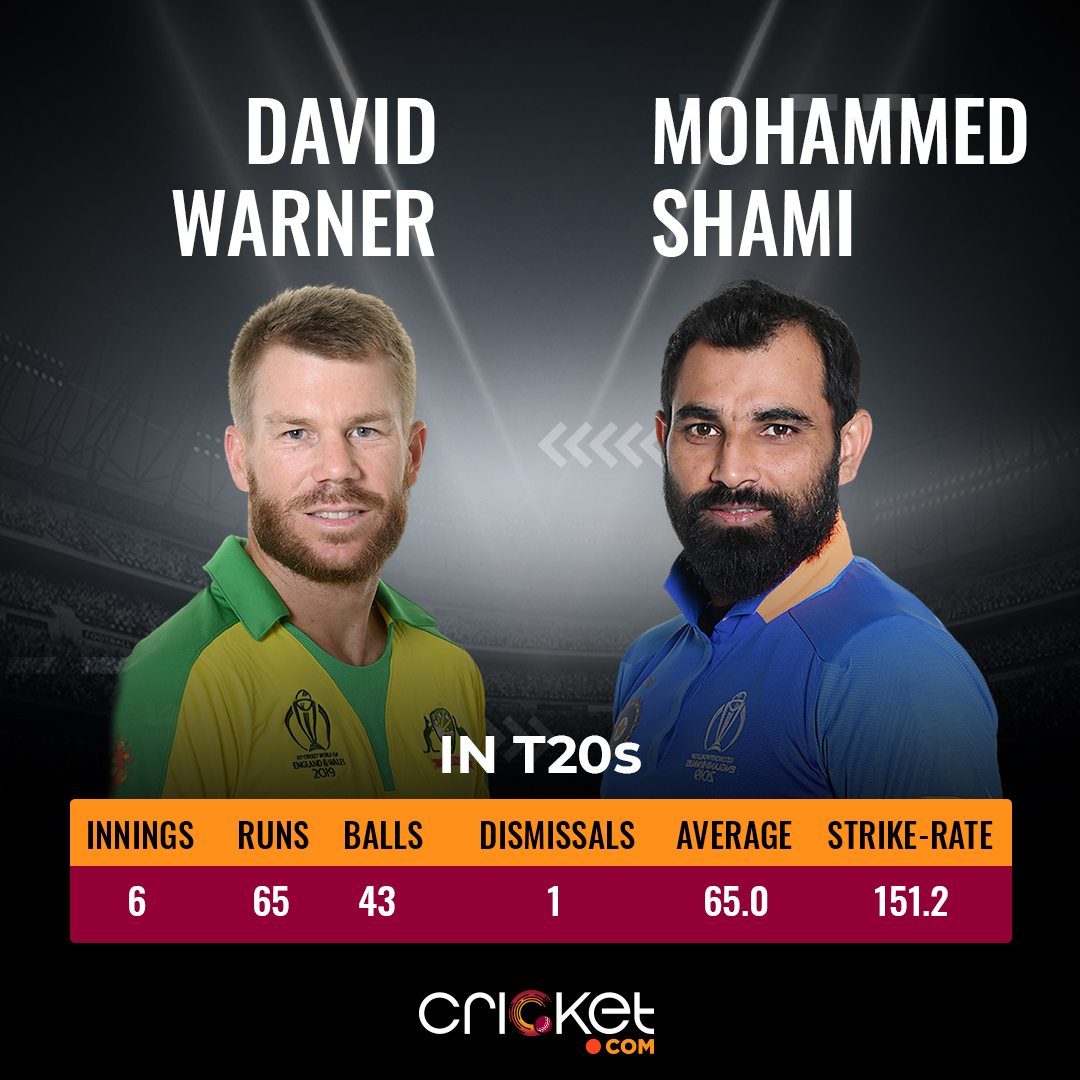 While both sides are packed with T20 superstars, there is no safer pick than KL Rahul as the captain of your Fantasy XI. The opening batsman currently holds the Orange Cap accruing 540 runs at an impressive average of 67.5. He scored three fifties in a row before getting out  for 15 in the last game against Delhi Capitals.

There have been question marks over his strike-rate but the KXIP skipper has mixed caution with aggression quite beautifully to become a game-changer from the fantasy scheme of things. Out of all venues, Dubai has been his favorite where he has accumulated 319 runs averaging 63.8 alongside a strike-rate of 146.3. SRH, though, can try to counter him by handing the new ball to Shahbaz Nadeem.

While David Warner hasn’t reached the great heights of his previous few seasons in the IPL, he is still getting runs on the board this time around. He had a rough outing in the last game against Rajasthan Royals where he was removed early by his arch-nemesis, Jofra Archer. However, Warner has still scored 335 runs at an average of 37.2 so far this season, with 25+ scores in seven out of ten innings. Not to forget, the southpaw is on a streak of nine 50-plus scores against KXIP.

The leader of KXIP’s bowling attack, Mohammed Shami has done justice to his role picking 16 wickets in 10 games. Except the game which KXIP lost by 10 wickets, Shami has been amongst wickets every match. Moreover, Shami has shown the heart to bowl in the death, landing his yorkers quite consistently. This has allowed the skipper, KL Rahul, to bowl him in death which provides more wicket-taking opportunities to the paceman.

It is hard to ignore Vijay Shankar after his exploits in SRH’s victory over RR. The all-rounder showed his three-dimensional skills with bowling figures of one for 15 before chipping in with an unbeaten 52 in a 140-run stand with Manish Pandey. Shankar has been miserly with the ball to say the least. With Kane Williamson injured and the opening duo delivering mixed results, he has once again become an important cog in SRH’s middle-order at four. Conceding just 8 credits, he can be the all-rounder to look out for in your Fantasy XI.