The Indian captain stroked an unbeaten 42-ball 72 guiding his side to a seven-wicket win against South Africa.

Another day, another chase, another Virat Kohli special. What has become almost a repeated theme in the white-ball format, Kohli’s 22nd T20I half-century helped India chase down a modest 150-run target against South Africa by seven wickets and take a 1-0 lead in the three-match series.

On a ground which has historically been good for chasing, India had no hesitation to field first after winning the toss. Deepak Chahar’s economical burst backed up by some effective death bowling saw India keep the Proteas down to 149/5 in their 20 overs. This was the lowest first-innings score in Mohali across all T20s since the start of 2018.

India then lost Rohit Sharma early in the chase but Kohli (72*) alongside Shikhar Dhawan (40) first and then Shreyas Iyer ensured there were no hiccups as the hosts coasted home in 19 overs. During his knock, Kohli also became the highest run-scorer (2441 runs) in the history of T20Is overtaking Rohit’s tally (2334).

A venue where 180 has been the average score, a target of 150 was never going to be of much trouble for the Indians. Dhawan got the boundary counter running nice and early with a cut wide of backward point. Rohit then got into the act smashing debutant Anrich Nortje into the stands twice with his trademark pull shots as India raced to 30/0 after three overs. 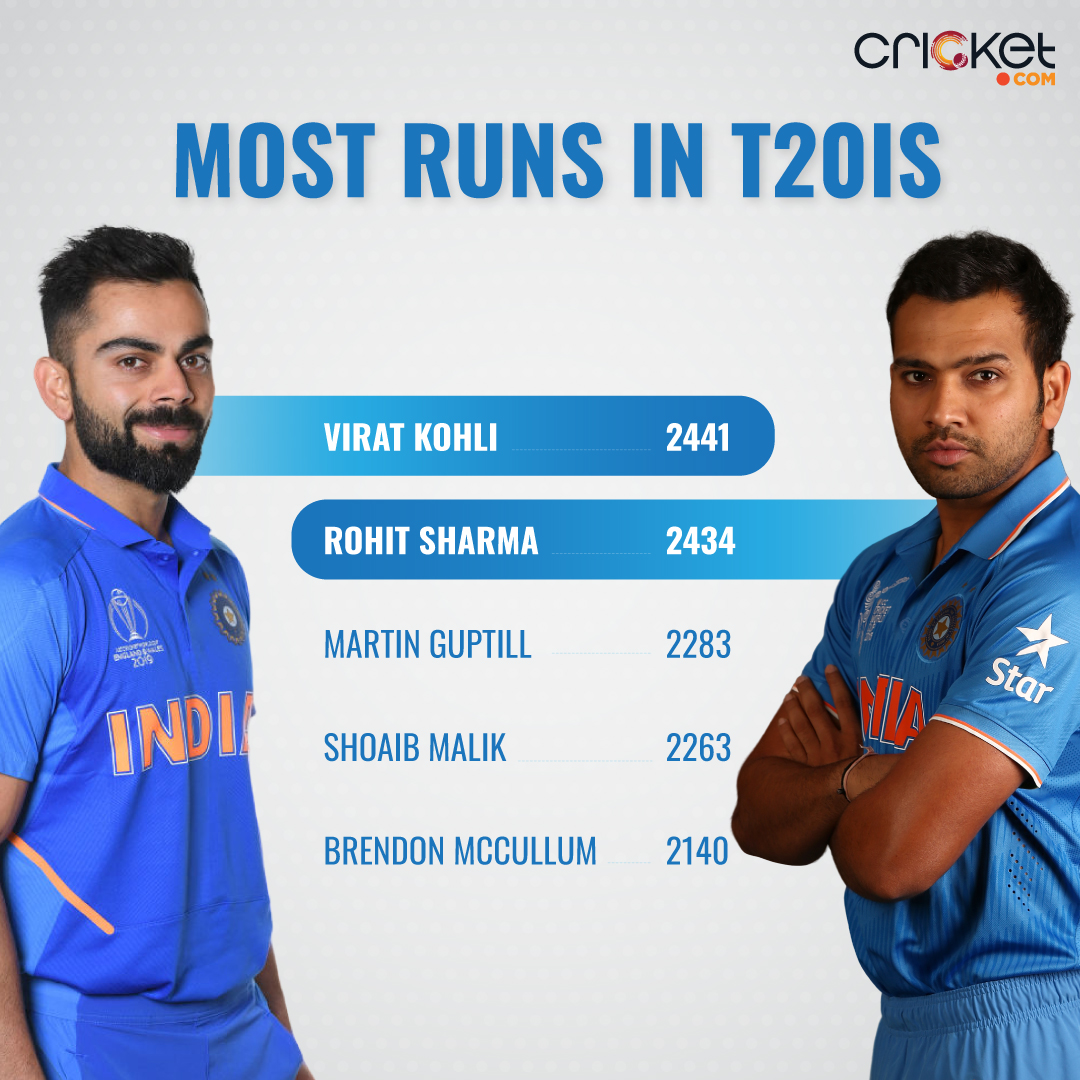 Andile Phehlukwayo, South Africa’s most successful bowler in T20Is this year, then stepped up again. Rohit missed a straight delivery from the pacer to be trapped bang in front of the stumps for 12. However, Kohli stepped up the intensity the moment he walked in.

The Indian captain started off with the most gorgeous flick wide of mid-wicket and there was no stopping him thereon. Dhawan, who has not been at his fluent best this year, too found his touch soon and the duo went about the chase with gusto.

While Dhawan was more circumspect in his approach, Kohli found the boundary quite easily as the two brought up the 50-run stand off 40 balls. Dhawan’s sprightly innings of 40 (31) finally ended courtesy a breathtaking one-handed stunner from David Miller at long on.

Dhawan lofted Tabraiz Shamsi straight down the ground and the ball initially seemed like it was heading to the boundary but Miller had other ideas. He hared to his right and dived full length to complete a stupendous catch inches off the turf.

Rishabh Pant (4) once again threw away his wicket. Despite an ideal platform at his disposal when he walked in, the 21-year-old could not make the most it. It was an innocuous short ball from left-arm spinner Bjorn Fortuin but Pant could only hit it as far as Shamsi at short fine leg.

With 45 still needed off the last six overs, Kohli notched up a gear. He slammed Phehlukwayo for two successive boundaries to reach his 22nd T20I half-century before almost nonchalantly flicking Rabada over deep square leg to get India closer.

A six and four by Kohli off Fortuin signalled the end of the match as India eased to their first win over South Africa at home. Kohli’s 42-ball unbeaten knock was laced with four fours and three sixes while Iyer remained not out on 16.

Earlier, the Indian bowlers staged a terrific fightback after an initial assault from Quinton de Kock (52 off 37). The South African captain was fierce in his approach and was ably supported by Temba Bavuma.

De Kock started off his innings with a cracking cover drive off Washington Sundar. He has a strike-rate of 191.39 to full-length deliveries against fast bowlers in the first six overs and Navdeep Saini bore the brunt of it. De Kock slammed the pacer for three successive boundaries, all on the up giving his side some serious impetus.

Bavuma, playing his first T20I, too got off the blocks nice and early as South Africa raced to 87/1 after 11 overs. De Kock notched up his third fifty in the format, but an outstanding catch by Kohli cut short his innings. The South African captain mistimed a slower delivery from Saini but seemed to have got enough bat on it to clear mid-on. Kohli, though, raced from his position and somehow diving to his left, clinged onto the chance.

The Indian bowlers found a fresh lease of life once de Kock fell. Rassie van der Dussen fell cheaply as South Africa failed to force the pace in the middle overs scoring just one four and one six between overs 11 to 17. Bavuma fell for 49 while Miller (18) could not do much. Two sixes in the final over did help South Africa inch towards the 150-mark, but it was never going to be enough on this Mohali surface. South Africa could only manage 39 runs off the last five overs.

For India, Chahar was the most successful bowler, returning 2/22 off his four overs.