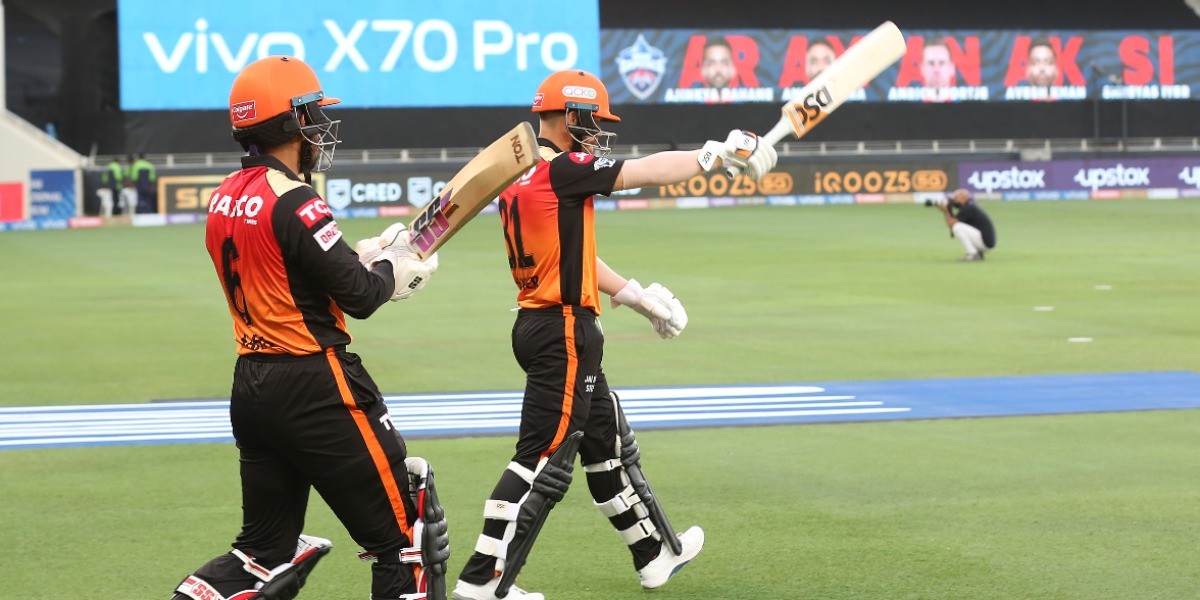 The retentions have been announced officially. Some make sense, some leave you wondering. In this space, we try to understand them all, looking at the complexions instilled by the retention rules and the dynamics for each of the squad.

Dynamics: Delhi have covered most bases with their retention(s). In Pant, they have their captain but also a left-handed wicketkeeping middle-order batsman. He ticks many boxes alongside the potential he holds. Shaw offers swashbuckling stroke play at the top. Axar is a restrictive spinner who also fills the all-rounder’s role. Nortje can deliver thunderbolts across all phases. Nortje INR 6.5 crore, the Protea speedster is a steal.

Could they have done anything differently? They had many options. But as the owner Parthiv Jindal stated, Iyer was not available. In Dhawan’s case, his age is against him. Rabada was piped by Nortje himself. Avesh could have locked an Indian pace bowling option, a spot with which many teams struggle. He would have also conceded only INR 4 crore since he is uncapped. The only spot to fit him in was that of Axar and the Delhi management found it better to retain a spinner who can bat. You cannot fault them for it.

The only problem is that they have the lowest purse available for the auction, though only by a margin of a half a crore from other sides with four retained players.

Dynamics: Like Delhi, Mumbai also had plenty of options. Three of their four retention options were pretty much written in stone - Rohit, Bumrah and Pollard. It locks a captain, an opener, the best Indian fast bowler available in the competition and probably the most acclaimed T20 middle-order batsman with AB de Villiers retired.

They had three brilliant options for one spot which eventually went to Suryakumar Yadav, a bankable batter in the middle-overs. Mumbai have actually done brilliantly to retain Pollard at a steal price of INR 6 crore. 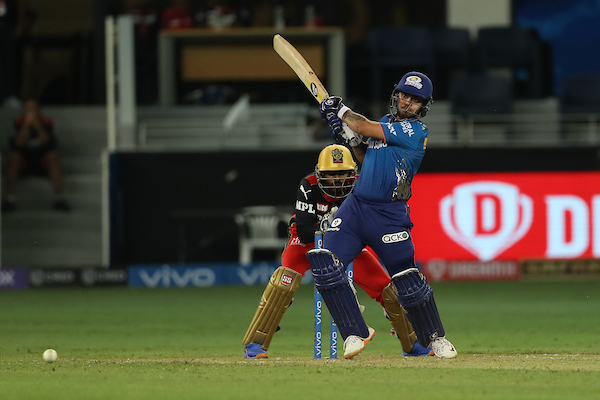 But with no Kishan, Mumbai missed a left-hander and a wicket-keeping option. It reflects the complexion of retaining players in the last two spots which are a lot less financially beneficial. There are speculations that Kishan wanted to go into the auction, most probably realizing his worth being a lot more than the pay cheque at Mumbai. They don’t have a spinner as well but that is something that slides past.

Dynamics: Chennai have been smart with their picks again, except prioritizing their emotional connection with Dhoni. They have two spin-bowling all-rounders alongside a judicious opener, each of whom are worth their weight in gold, especially if they play on their home ground in Chennai. That and age are a couple of reasons why Moeen was preferred over Faf.

However, Chennai miss a pacer and once again, they had two options in Shardul and Chahar. They eventually picked Dhoni instead, opting for brain ahead of the brawn. It is an interesting choice, knowing Dhoni may not have fetched INR 12 crore at the auction. But the other teams may have raised his bid knowing Chennai would want him at any cost.

Dynamics: One of the four sides to use all their four retention slots, Kolkata picked two batting all-rounders and one bowling all-rounder. The catch is none of them are well established in their secondary role. Russell is injury prone, Narine the batsman is more miss than hit and Venkatesh Iyer has a fairly low bowling sample size. Their other pick, Varun, has a similar bowling style as that of Narine, and is also injury prone.

One can say they lack variety on the bowling front. They had a clear case of securing either of Lockie Ferguson or Pat Cummins given their pace bowling had been in shambles. 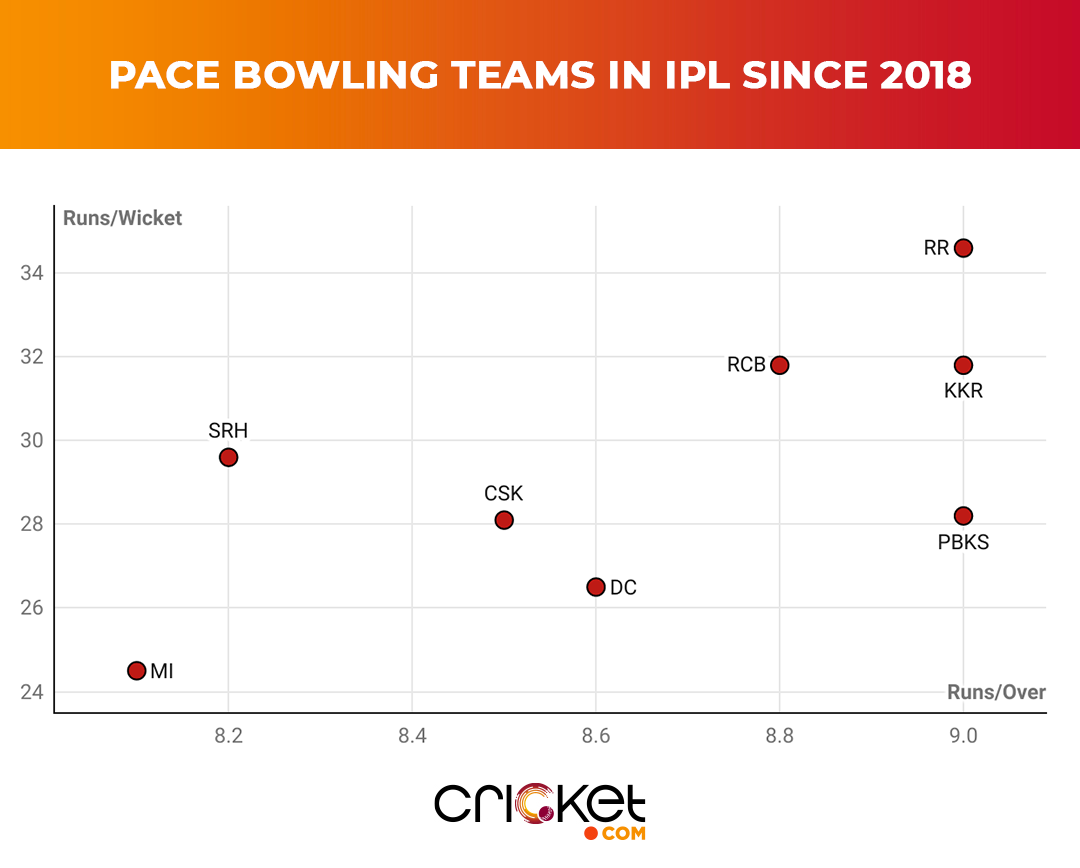 Ferguson would have been the best option. Since 2020, he averages 19.6, comfortably the best for a KKR bowler, for 19 wickets in 13 matches. He is effective in all three phases, foxing batsmen with both pace and guile. He has been their best bowler for the last two seasons.

Instead, Kolkata traded the opportunity to keep both Russell and Narine, probably not evaluating their merits and demerits. While Russell is still a dangerous player to release into the auction, his fitness has left Kolkata in a fix twice in two seasons. Narine has a similar kind of bowler retained already.

Acquiring Lockie would have sealed the much-needed fast bowler’s spot. Or releasing one of Russell or Narine would have freed up their purse to fill the most expensive slot in the auction history. They could have also retained Rahul Tripathi who would have only exhausted INR 4 crore of their purse.

Dynamics: Bangalore had more options than they could retain. In Kohli and Maxwell, they have insured two facets of batting which diminished the chances of Devdutt Padikkal. The remaining two had to be bowlers and Mohammad Siraj got the nod.

RCB is not missing much given the options they possessed and knowing that Yuzvendra Chahal, their veteran spinner, refused the fourth retention spot. Yet, it was startling to see them not holding on to their Purple Cap winner, Harshal Patel. Yes, Siraj has developed into an impactful T20 bowler but there are a few more options in his category than the brilliant control Harshal offers with his skillset.

Assuming that Harshal also didn’t accept the financially less beneficial fourth retention spot, he could have been preferred over Siraj. But overall, there is still little to question about their choices.

Dynamics: While Samson and Buttler were certain to stay with Rajasthan, the Royals have invested in the future value of Yashasvi Jaiswal. The only concern is their retained players do not provide them a single over of bowling. Hence, they could have kept Kartik Tyagi with themselves, their emerging bowling star, at only INR 4 crore. Unless Tyagi didn’t make himself unavailable, it is a big miss by Rajasthan, presuming he will go big at the auction.

Dynamics: Imagine having two strong candidates for an All-Time T20 XI and not being able to retain both. Hyderabad’s broken relationship with David Warner made more headlines than their performance in the 2021 IPL. On top of that, they couldn’t retain Rashid Khan either. 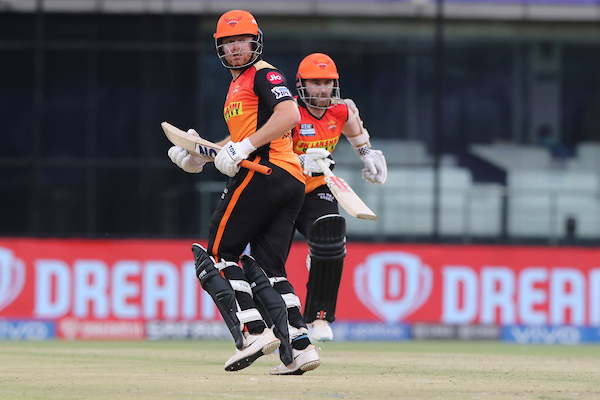 Hyderabad retained the next best thing in Kane Williamson, ticking the box of a captain and a prime batsman. They also kept two promising uncapped players in Abdul Samad and Umran Malik for INR 4 crore each, which makes sense.

What makes one scratch their head is no fuss around Bairstow. He has made his impact ever since he joined the side in 2019. A flexible T20 batter, he can keep wickets. For a side that has lost a major part of their cream, retaining Bairstow must have been a straightforward decision. But there could be a chance that he opted to go into the auction. We will never know because of the lack of coverage around Bairstow’s situation. On similar lines, they could have held on to Holder, a pace bowling all-rounder who has proved in his worth in the shortest format.

Dynamics: Unable to retain KL Rahul, as explained by the head coach Anil Kumble, Punjab held on to Mayank for their next prime Indian batsman. Their second pick was the uncapped Arshdeep for INR 4 crore. Thus, Punjab will go into the auction with the biggest purse of INR 72 crore, with an Indian batsman and a proven but young Indian pacer for their death overs.

But Punjab had a wider retention-worthy players pool. Bishnoi is arguably the most promising young spinner who would certainly fetch more than INR 4 crore at the auction. In Markram, they could have secured a promising middle-order batter who can deliver the handy off-spin, now an important role in a T20 side. Instead, Punjab, yet again, decided to head into the auction with the highest purse. Let’s hope this time they make good use of it.