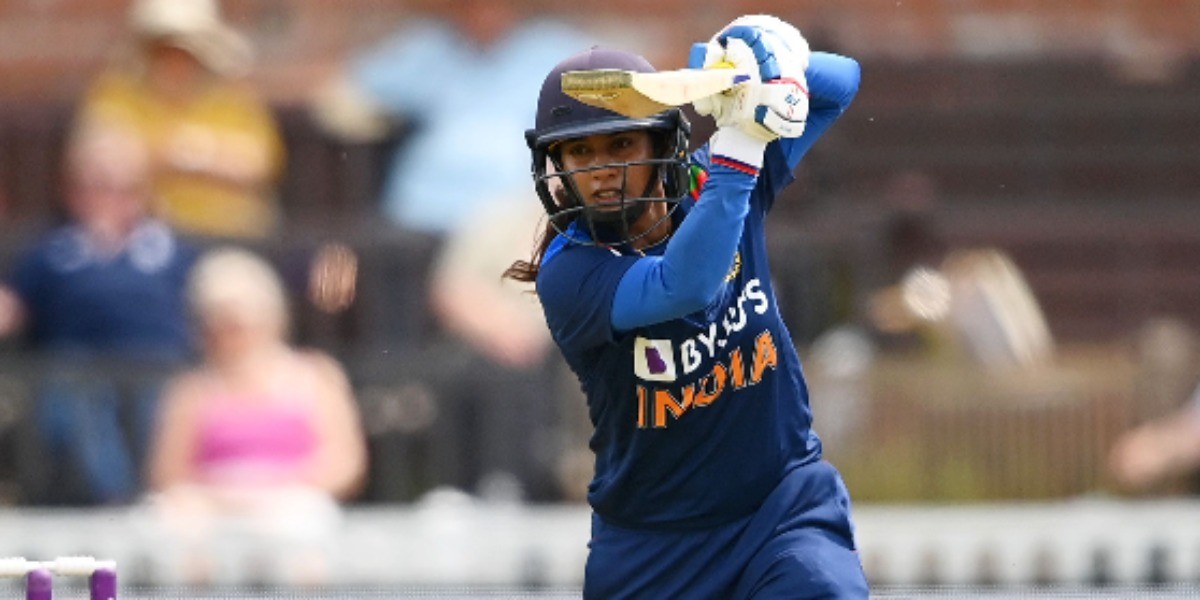 Mithali Raj crafted her third consecutive fifty and helped India avoid a series whitewash against England. The Indian skipper struck an 86-ball 75* and propelled India to a four-wicket win in the rain-curtailed third and final ODI in Worcester on Saturday (July 3).

Chasing 220 to win in 47 overs, India earned a consolation win with three balls to spare. This was India's first win of the tour. They drew the one-off Test before losing the first two ODIs.

Mithali initially batted slowly but picked up the pace as the game wore on. She was well-supported by number seven Sneh Rana, who produced a timely 24-run cameo for a 50-run partnership with her captain. Opener Smriti Mandhana played a fluent 49-run knock to keep India in hunt.

This was after Indian spinners took wickets at regular intervals to nullify a promising start by England, who were bundled out for 219 in the contest that became a 47-overs per side affair. Natalie Sciver's confident 49 and Heather Knight's composed 46 propped England innings while Deepti Sharma (3/47) took three wickets for India.

Shafali Verma (19) threw her wicket away after yet another good start. Jemimah Rodrigues had an impressive defensive technique but her poor rotation of strike did no good to the tourists. She consumed 21 balls for her 4 runs.

Mandhana, on the other hand, not only kept the one end tight but also played some breathtaking drives on the off-side. Her head steady approach, front foot reaching to the pitch of the ball, and bat connecting with it beautifully, made it a beautiful sight. Her splendid knock ended when legspinner Sarah Glenn trapped her in front of the wicket.

In the process, Mithali also became the highest run-getter in women's cricket across formats, overtaking former England skipper Charlotte Edwards (10,273 runs). The talismanic India batter got to the milestone with a boundary down the ground off Schiver in the 23rd over.

Mithali and Harmanpreet Kaur (16) were sedate and it resulted in required run rate shooting over six per over. Harmanpreet was dismissed when she missed a reverse sweep off Knight. The replays later suggested that if she had reviewed the call, the decision would have been overturned.

India required 14 off the final 12 balls but Rana was dismissed in the last ball of the penultimate over by Sophie Ecclestone. Mithali though held her nerves to steer India past the finish line.

Earlier, England were placed comfortably at 110 for 2 but their strategy to attack Indian spinners resulted in wickets falling in clutches, resulting in a middle-order collapse. Rana (1/31), Poonam Yadav (1/43) and Harmanpreet (1/24) accounted for one batter each.

Sophia Dunkley (28) and Kate Cross (16*) chipped in with useful cameos for England.

Indian enjoyed early success when Shikha Pandey trapped opener Tammy Beaumont (0) leg before. The positive intent of the home batters meant that the Indians had to, yet again, toil hard without much success initially.

Knight and in-form Lauren Windfield-Hill stroked, drove, and nudged the Indian bowlers with ease to keep a decent run rate. Knight used the sweep shot effectively while Windfield-Hill used her feet well to charge down the wicket.

Legspinner Yadav enticed the batters with her flight and full-length deliveries but did not pose much danger. Rana, who bowled a better length, broke the 67-run stand when Winfield-Hill went for a slog sweep but ended up holing out to Shikha Pandey at deep mid-wicket.

Sciver played freely, driving the balls with exquisite timing. Her 49 came off 59 balls with five boundaries. Amy Jones (17) though could not convert her good start and was dismissed by Deepti, looking for a big shot.

Sciver was denied her fifty by Smriti Mandhana, who pulled of a stunning diving catch in the deep when the Briton went after Deepti. Knight was closing in on her first fifty of the series but her sweep shot off Harmanpreet landed straight into the hands of Pandey at long-on. The Indian fielders were sharp and agile as they denied a few runs to their opponents.

The two teams will now clash in a three-match T20 series, beginning on July 9 in Northampton.