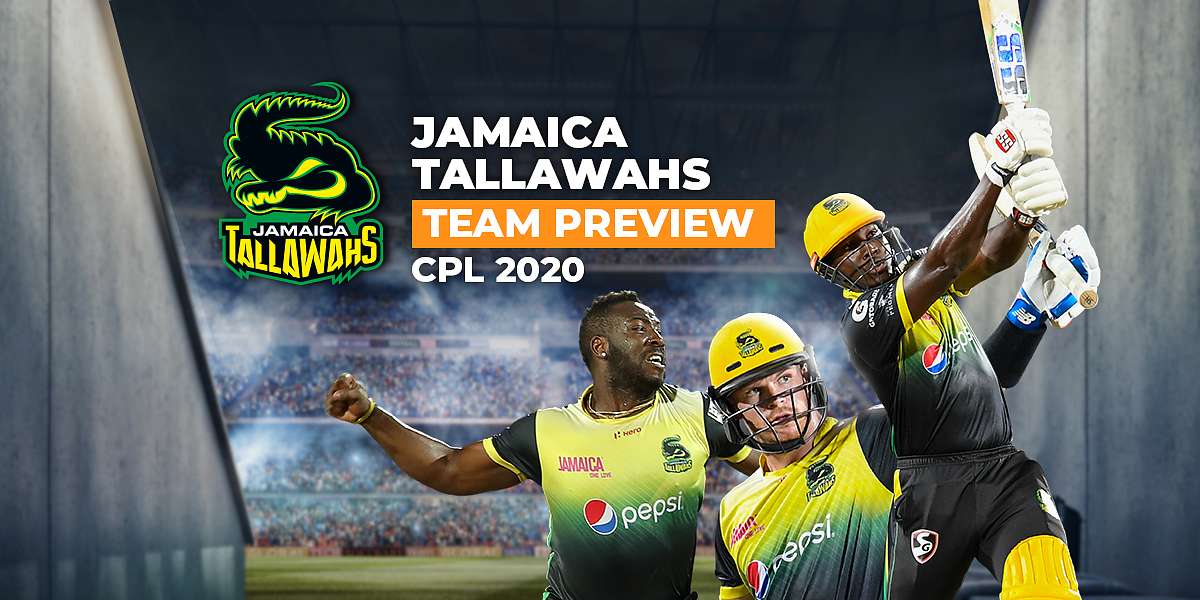 The two-time champions, Jamaica Tallawahs will take part in the upcoming Caribbean Premier League edition as the wooden spoon holders from the previous season. They won only two out of their ten games finishing in the last position.

As a result, they went into the player’s draft retaining only five players. It is a new look Jamaica side this year, under a new management and captain looking to turn their fortunes upside down.

Despite parting ways with Chris Gayle, the Tallawahs did well in retaining a performing bunch of players alongside their key players who could not participate the previous season. Glenn Phillips, the 23-year old wicketkeeper-batsman from New Zealand has made his name in CPL playing for Tallawahs and was one of the most impressive retentions by the franchise.

Andre Russell and Rovman Powell are amongst those who missed a majority of the previous season but have been trusted to lift the franchise this year. Russell, particularly, is the biggest player in the side. He played only five matches in the previous season due to injury and his absence had a visible effect. Powell will return as captain.

Both these allrounders have been troubled by injuries in the past but one silver lining the Tallawahs can draw from the five-month long cricket hiatus is the availability of both these players. Their fitness will play a critical role in Tallawahs’ campaign.

Tallawahs also brought in Jermaine Blackwood and Ramaal Lewis as late replacements for Andre McCarthy and Jeavor Royal. McCarthy and Royal were omitted from the competition after coming in close contact with Dennis Bulli who had tested positive for Covid-19.

The side will be coached by former West Indies cricketer, Floyd Reifer.

One of the strong points of Mumbai Indians - one of the most successful T20 franchise - is the presence of three allrounders in their XI. The Tallawahs have followed the same suit this year by acquiring the service of allrounder Carlos Brathwaite to complement Russell and Powell. All of them are pace-bowling allrounders capable of hitting gigantic sixes lending the side flexibility in the XI.

There is also Asif Ali in the squad. Tallawahs’ overseas recruit, Ali is a hard-hitter of the ball from Pakistan. In 161 T20s, he has a strike-rate of 149.2 alongside an average of 25.7 and is a perfect foil to give the Tallawahs’ batting a bold look in the middle-order. 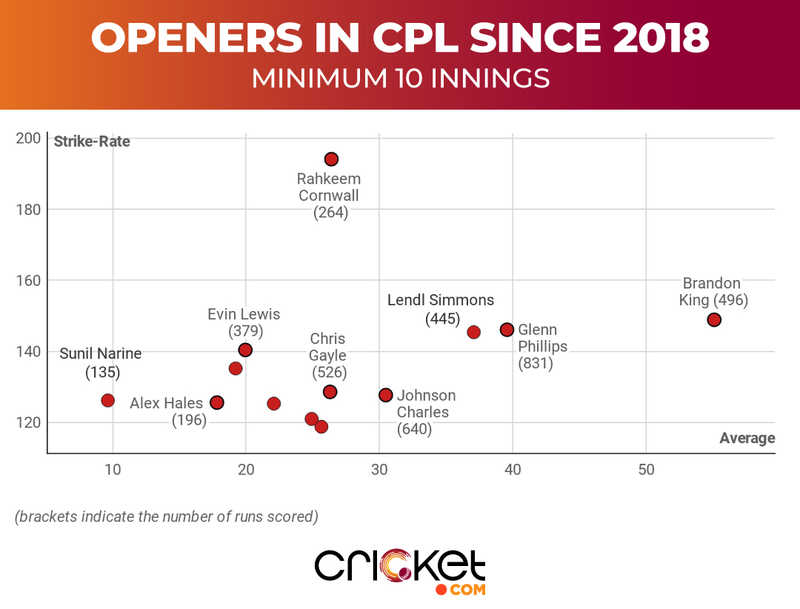 Tallawahs’ spin attack is shaping up nicely. Sandeep Lamichhane was their first pick in the player’s draft. Mujeeb-ur-Rahman’s inclusion as a replacement for the unavailable Tabraiz Shamsi might turn out to be a blessing in disguise for them. A defensive spinner, Mujeeb hands control to Tallawahs in the first six overs with the ball. In 2019, they were the most expensive side with the ball during the field restrictions. Tallawahs went at 8.2 runs per over with spin. The duo of Lamichhane and Mujeeb have the calibre to make Tallawahs a force in the spin department.

Tallawahs was battered with the ball in hand in the 2019 season. They conceded three scores in excess of 200, the most by a side. They conceded the highest first innings score as well as the highest successful run-chase in the league’s history - 267 against Trinbago and 242 against St. Kitts & Nevis Patriots respectively. Overall, Tallawahs suffered an economy of 9.5 runs per over, the worst by some distance. 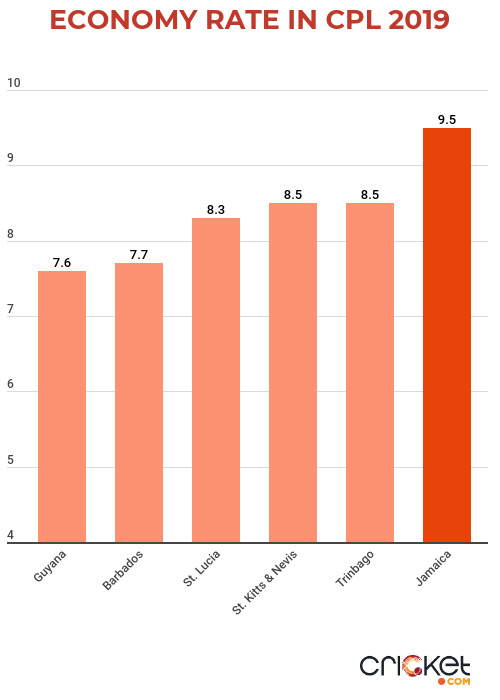 Their spin attack is in safe hands but the pace battery still remains unreliable making them vulnerable with the ball at death. Oshane Thomas, the only specialist bowler to be retained will have to step up. He had a poor season in 2019 leaking runs at 11.6 per over in the 24 overs he delivered.

Tallawahs have also roped in Fidel Edwards who will be back to the CPL frame after five years. Though, he might not get a game straightaway given the presence of three pace-bowling allrounders in the XI.

Despite the three allrounders, Tallawahs lack depth in their batting which ends with Brathwaite who is supposed to bat at seven. Hence, as dynamic as their middle order is, they also have the huge responsibility to churn out runs consistently. 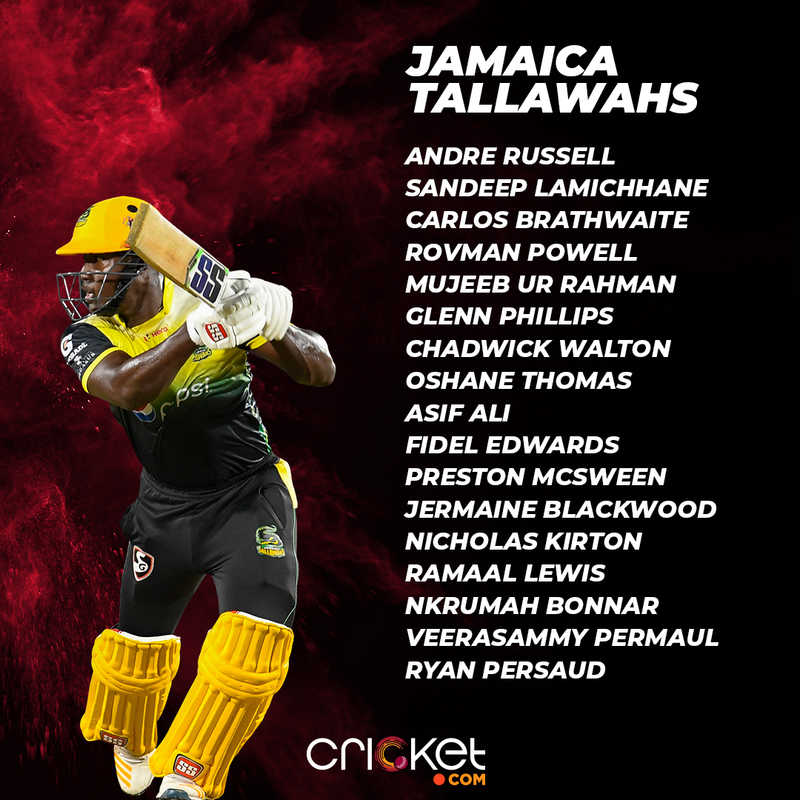 Spin is expected to play a huge role in the 2020 CPL. Therefore, we might see Tallawahs field an extra spinner in the left-arm orthodox, Veerasammy Permaul. He also provides additional variety to the duo of Lamichhane and Mujeeb.

Lewis may get the nod above Blackwood given the league this season has mandated the appearance of emerging players in at least five games for every franchise.