Pakistan out to fix batting frailties against marauding England 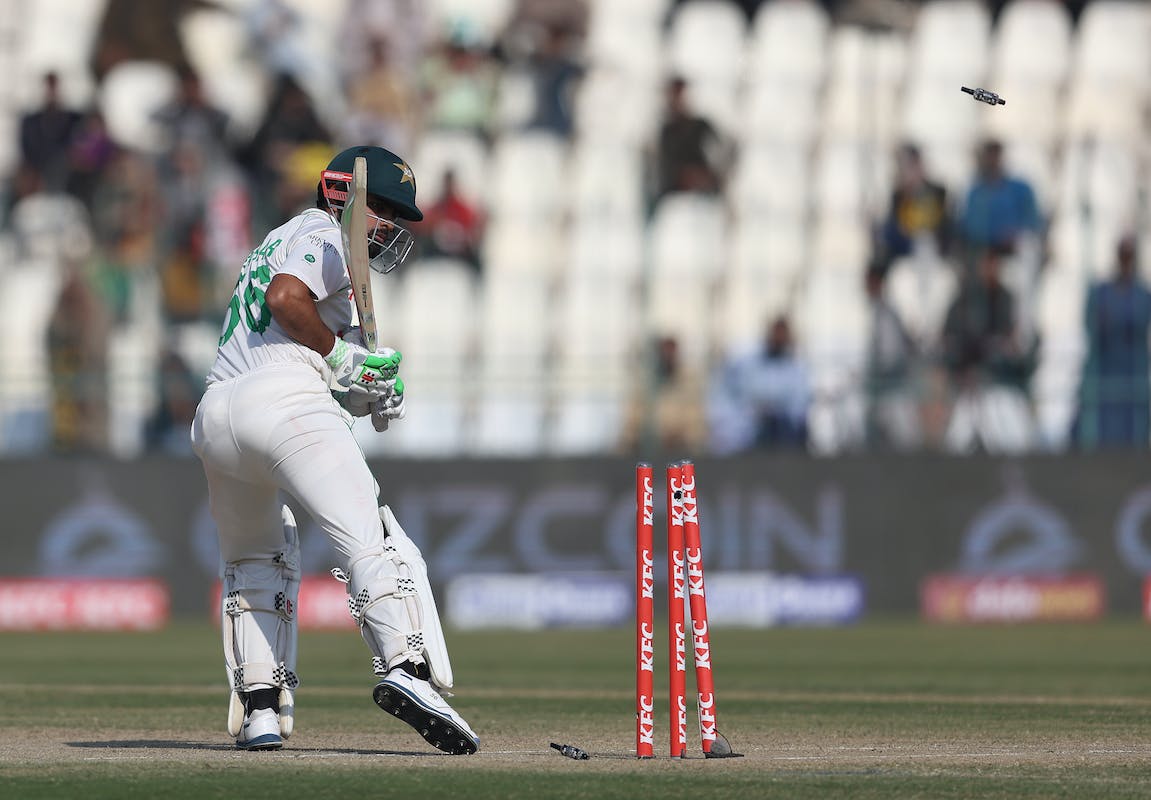 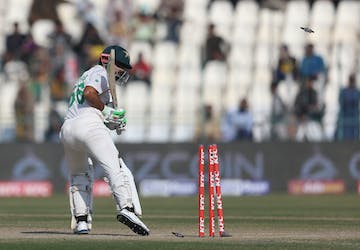 Pakistan out to fix batting frailties against marauding England

Brendon McCullum himself can call it silly, but his ‘Bazball’ is now a part of the cricketing lexicon. Condensing a revolutionary mentality to a nickname might be over simplification, but the current England Test side under McCullum and Ben Stokes have truly set a standard within a few months. In the eight Tests they have been in charge, England have won seven and lost one – not a sliver of thought to draw matches. While they kick-started the new era with three 275-plus chases and one chase of 378 at home, they are now proving to be equally effective while defending targets below 400.

Touring Pakistan for the first time in 17 years, Stokes’ men not only wrapped up the series 2-0 but have done so by playing cricket that every fan can appreciate. They now stand on the cusp of turning their first-ever Test series win on Pakistan soil into a landmark series sweep at the Karachi National Stadium.

Despite losing the series, there is not much wrong with Pakistan from an overall perspective. They fought for a possible draw until the final ray of light faded at Rawalpindi and came close to drawing level at Multan. Just that Babar Azam’s men weren’t as persistent when push came to shove. 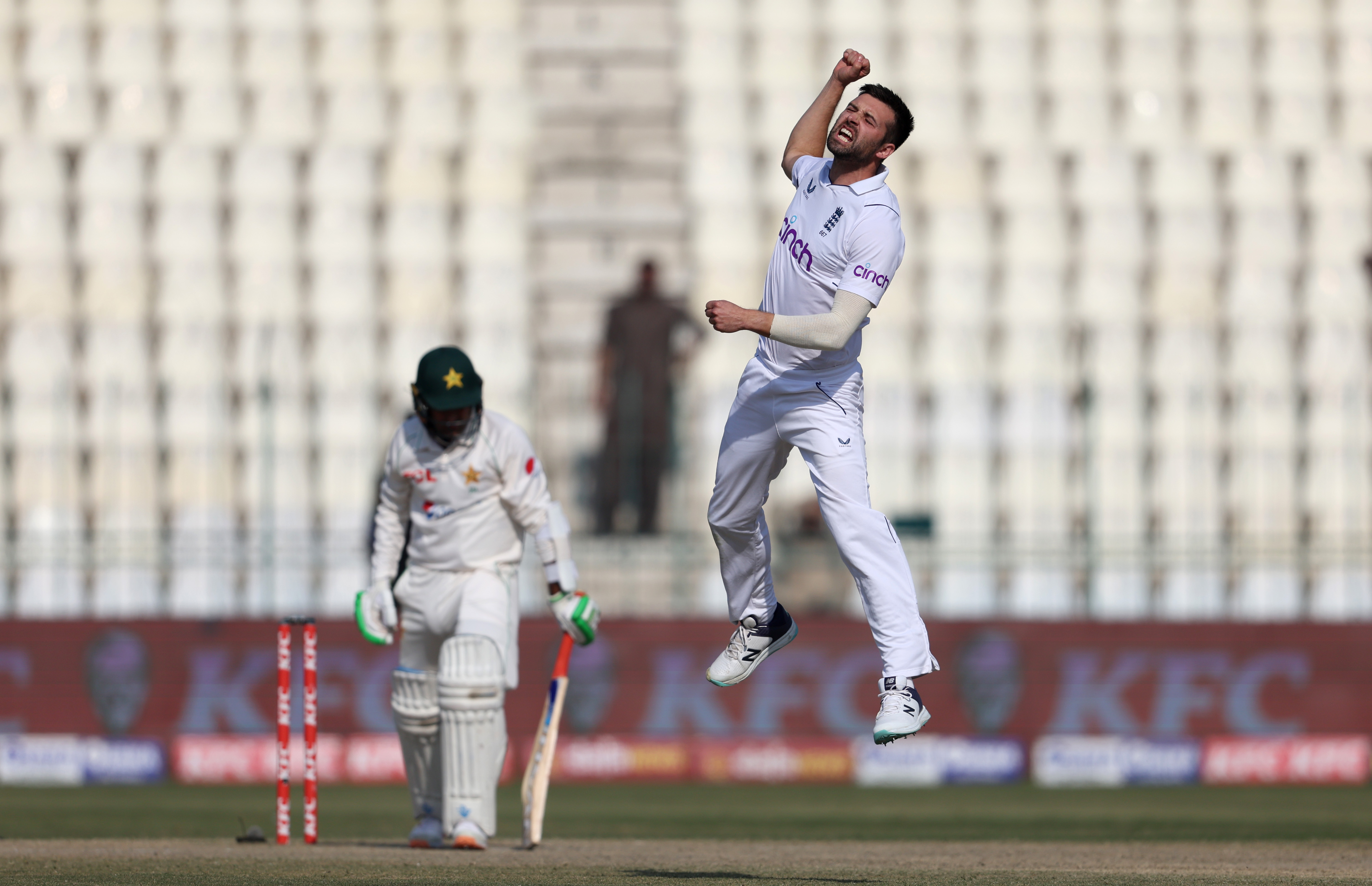 To be fair, they kept losing their lead pacers – Shaheen Afridi before the series began, Haris Rauf and Naseem Shah after the first Test. It is difficult to find a new approach when you keep losing key personnel and lose three Tests in a row at home. Despite that, they have managed to pick up 37 of the 40 possible wickets across both Tests, and the grand debut of legspinner Abrar Ahmed (11-234 at an average of 21.27) is a good sign.

Despite all the chat about the ‘mystery’ in Abrar’s bowling, England very well know that there is a youngster who is disciplined with his lengths and can get the ball to spit off the surface in unexpected moments. Besides Abrar, the bluntness of another legspinner Zahid Mahmood is a worry for Pakistan. He might be the leading wicket-taker of this series with 12 scalps, but the 34-year-old has an economy of 6.94 after bowling 62 odd Test overs. Left-arm spinner Mohammad Nawaz has played a good supporting role while Faheem Ashraf and Mohammad Ali making up the numbers in the pace department. Pakistan will have to find a strategy that can make Abrar's work easier.

Despite the deep flaws in bowling, Pakistan will need to patch up their bleeding lower order which has capitulated twice in the fourth innings. They lost their last five wickets for nine runs in Rawalpindi and for 37 runs in Multan. It boils down to the profligacy of their middle order from No. 4-7. They have lost a wicket every 80 balls, which is far better than England’s middle order losing a wicket every 43 balls. However, England have batted at a scored at a rate of 5.8 RPO and added almost the same amount of runs by playing less than half the amount of balls. 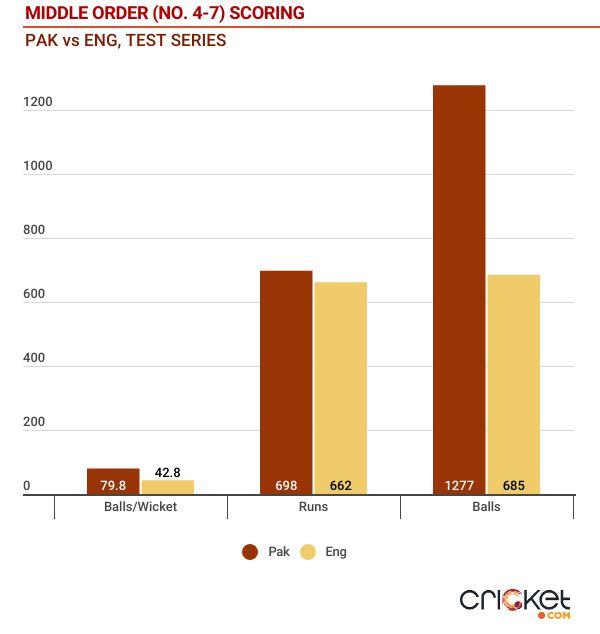 The likes of Saud Shakeel, Nawaz and Imam-Ul-Haq (in Multan) did show some positivity in patches, but they have been rattled and dismissed in crucial moments. Abdullah Shafique and Babar have looked better than the others, but their combined contribution of 56 runs in the second innings took the bite out of Pakistan’s batting.

For England, meanwhile, this series has been more than just a couple of performances. They don’t have Ben Foakes, Stuart Broad and Jonny Bairstow, but their heavy metal tempo hasn’t dropped a bit.

Mark Wood did wonders on a placid pitch with his raw pace and bounce, Ollie Robinson doesn’t look like he was out for 10 months, and James Anderson is as good as ever. Jack Leach led the bowling pack, which has allowed young Will Jacks to be potent.

In Ben Duckett and Zak Crawley, England seem to have finally found their opening pair, while Harry Brook is looking imperious in just his second Test series. Joe Root and Stokes have added enough runs to bind the building blocks of their success in the sub-continent. When one had an off day, two others have taken up the responsibility. It is like the Musketeer's oath of “One for all and all for one”. Against a team like that, Pakistan will need to resist being triggered for a long time.