Stats: India record most T20I wins in a year after Green’s fastest 50 feat 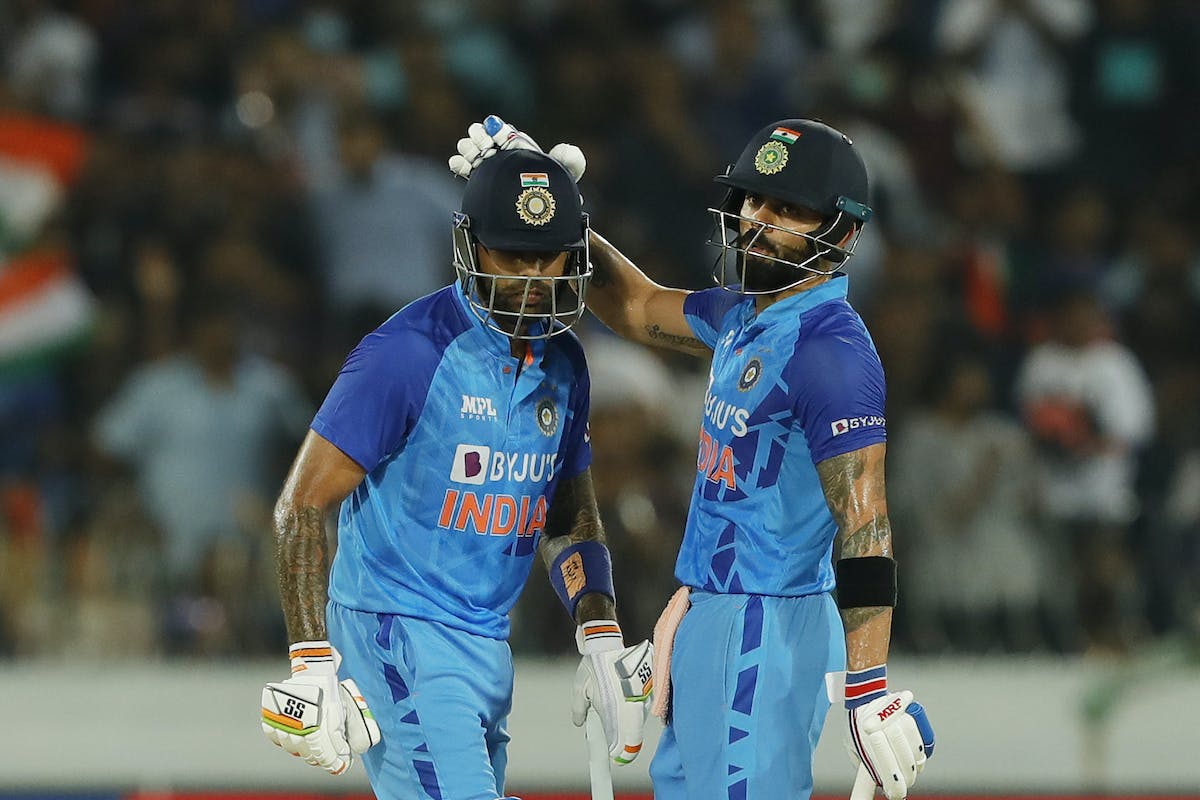 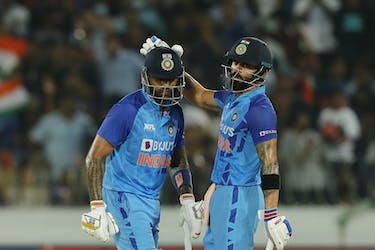 Stats: India record most T20I wins in a year after Green’s fastest 50 feat

An exciting series came to an end with a nail-biting finish. Batting first, thanks to an early onslaught by Cameron Green and late flourish by Tim David, Australia posted a big total of 186/7. India, in reply, were reeling at 30/2. But, Virat Kohli and Suryakumar Yadav changed the course of the game with a match-winning partnership of 104 for the third wicket. Despite the partnership, India sailed over the ropes with one ball remaining and sealed the series 2-1:

India’s 21st win of the year

Earlier, with a win against Pakistan in the first match of the Asia Cup 2022, India registered their most wins (17) in a calendar year. Post that, a win against Hong Kong, Afghanistan and Australia in the second T20I, helped them equal Pakistan’s record of 20 wins in 2021. 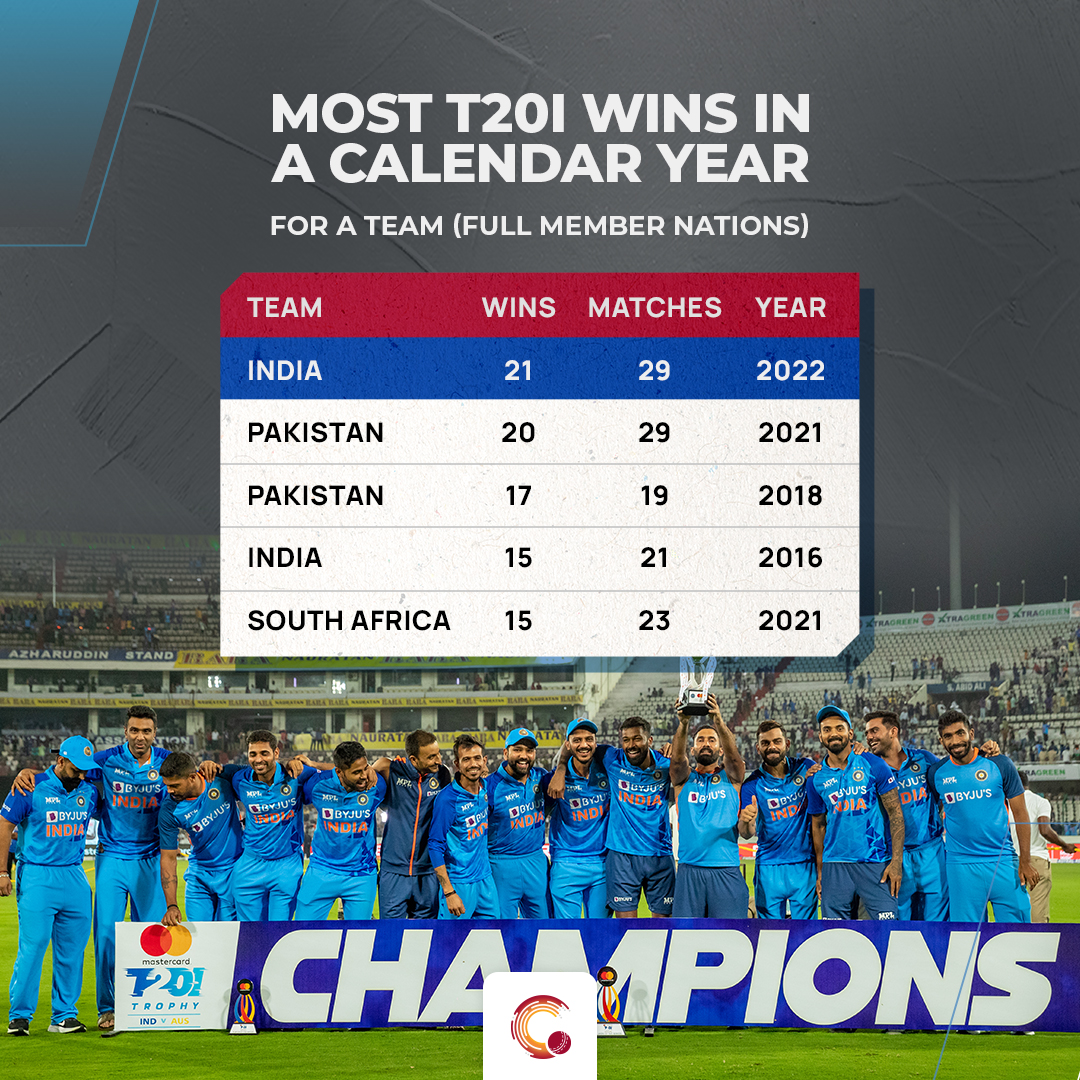 By winning this match and the series, India now have the most wins for a team in a calendar year of T20Is. Each of the four captains that have led India this year, has a win to their name. Rohit Sharma out of the lot has 15 wins in 20 matches, Hardik Pandya has three in three, Rishabh Pant two in five and KL Rahul one in one.

Another blazing knock from Green

The absence of David Warner was never a miss in this series for Australia. Cameron Green opening for the first time in his T20 career this series, gave Australia a flying start in the first game and this game.

In the third T20I, Green registered a half-century inside the powerplay itself. He scored at a strike rate of 247.6 in the powerplay when no other Australia batter scored at more than 90. He reached the landmark in just 19 balls, which is the fastest by a batter against India in T20Is. 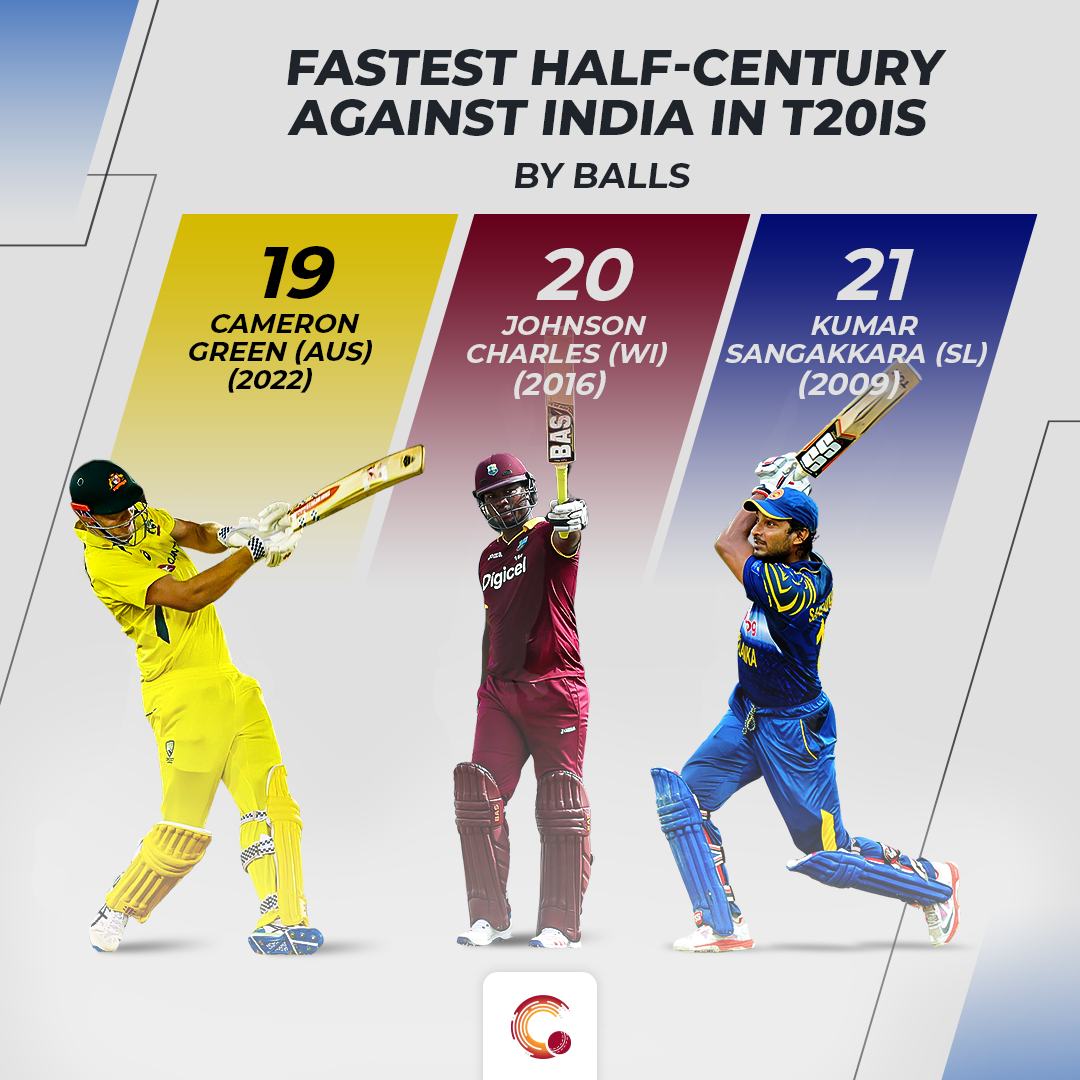 The above phrase is something we use very rarely. Jasprit Bumrah, the ace Indian bowler hardly misses his mark, and today was one of those games. 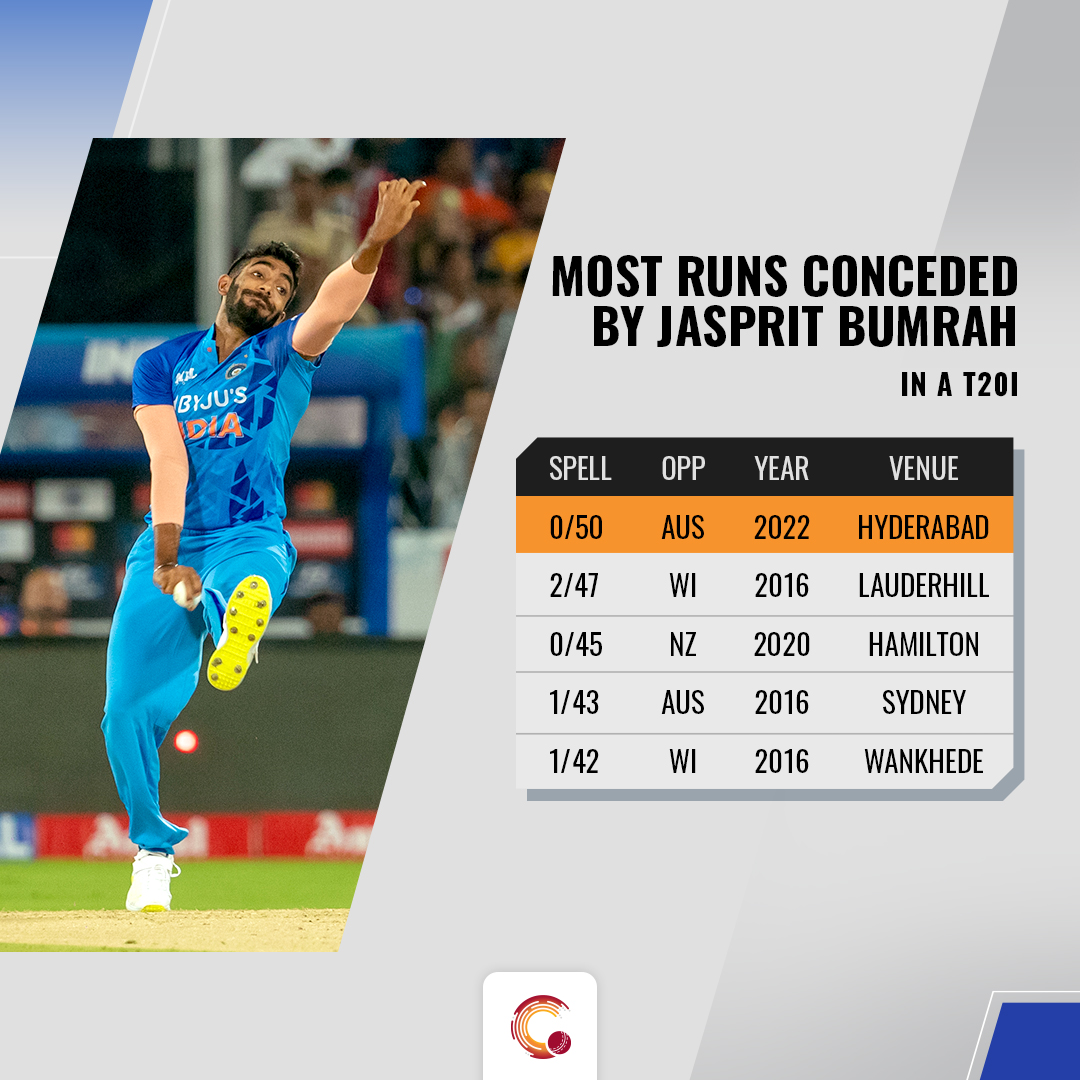 In the first full 20-over game after his injury, the bowler went for plenty. In his four overs, Bumrah conceded 50 runs, which is the first instance. Previously, his worst spell came against West Indies in 2016, when he conceded 46 runs for his two wickets.

Bhuvneshwar registers his 32nd wicket of the year

Another premier bowler of India, Bhuvneshwar Kumar has had a mixed bag year. Despite blowing cold in this series, the pacer recorded a top record. 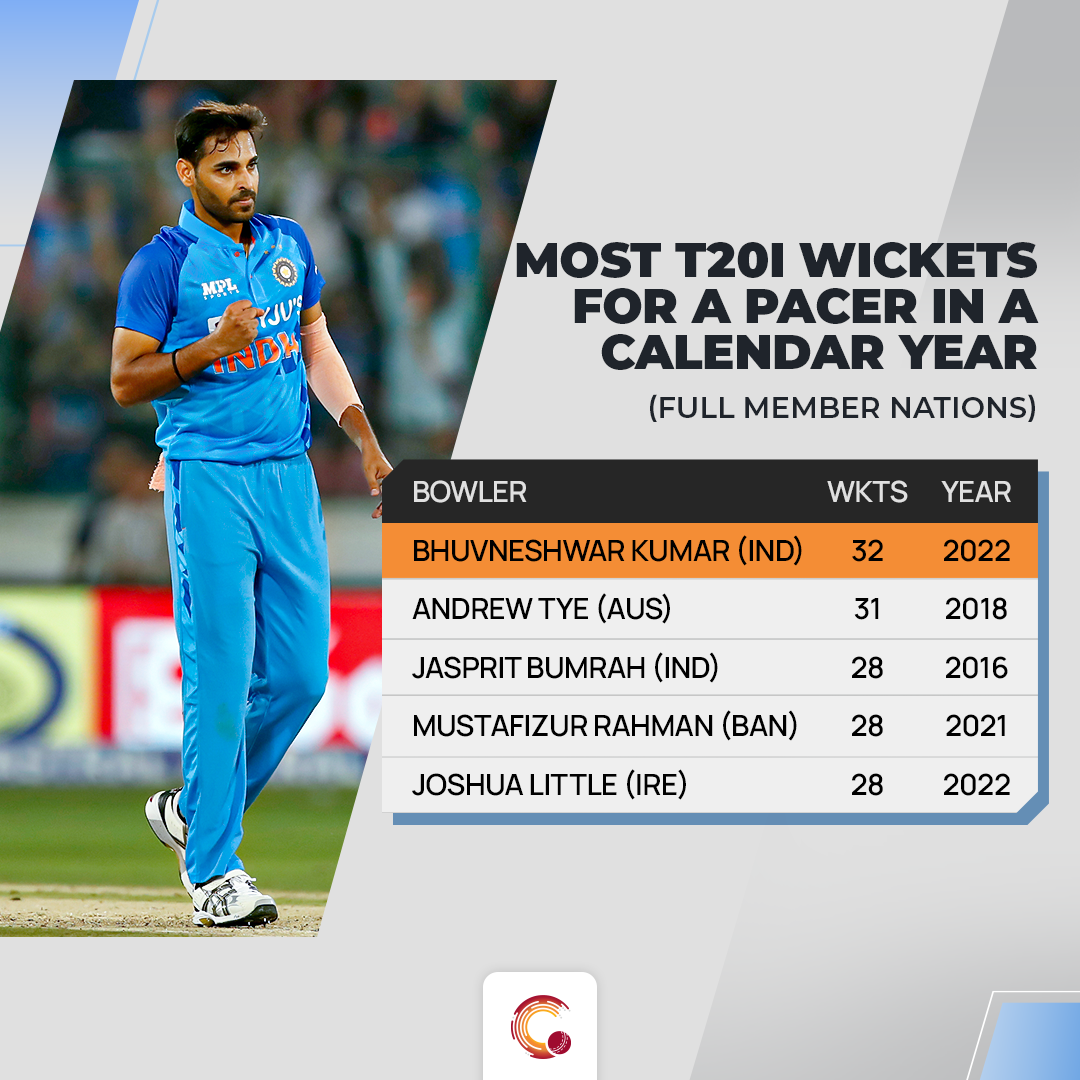 After going past Bumrah’s tally of 28 wickets in 2016 earlier in 2022, the best for an Indian bowler then, Bhuvneshwar in this match registered his 32nd wicket. This is the most wickets for a full-member nation pacer in a calendar year of T20I.

Not a record Harshal wanted

Following a good season of IPL in 2021, Harshal Patel made his T20I debut right after the 2021 World Cup. In the year 2022, he played most of the games. He has 20 wickets to his name, which is not bad. However, an unwanted record has been linked to his name.

Overall in T20Is, Rohit might have the most number of sixes, but Surya is rapidly raising his six-hitting abilities. He has just batted 29 innings and already he has 54 sixes to his name. Out of which, 42 of those have come this year. 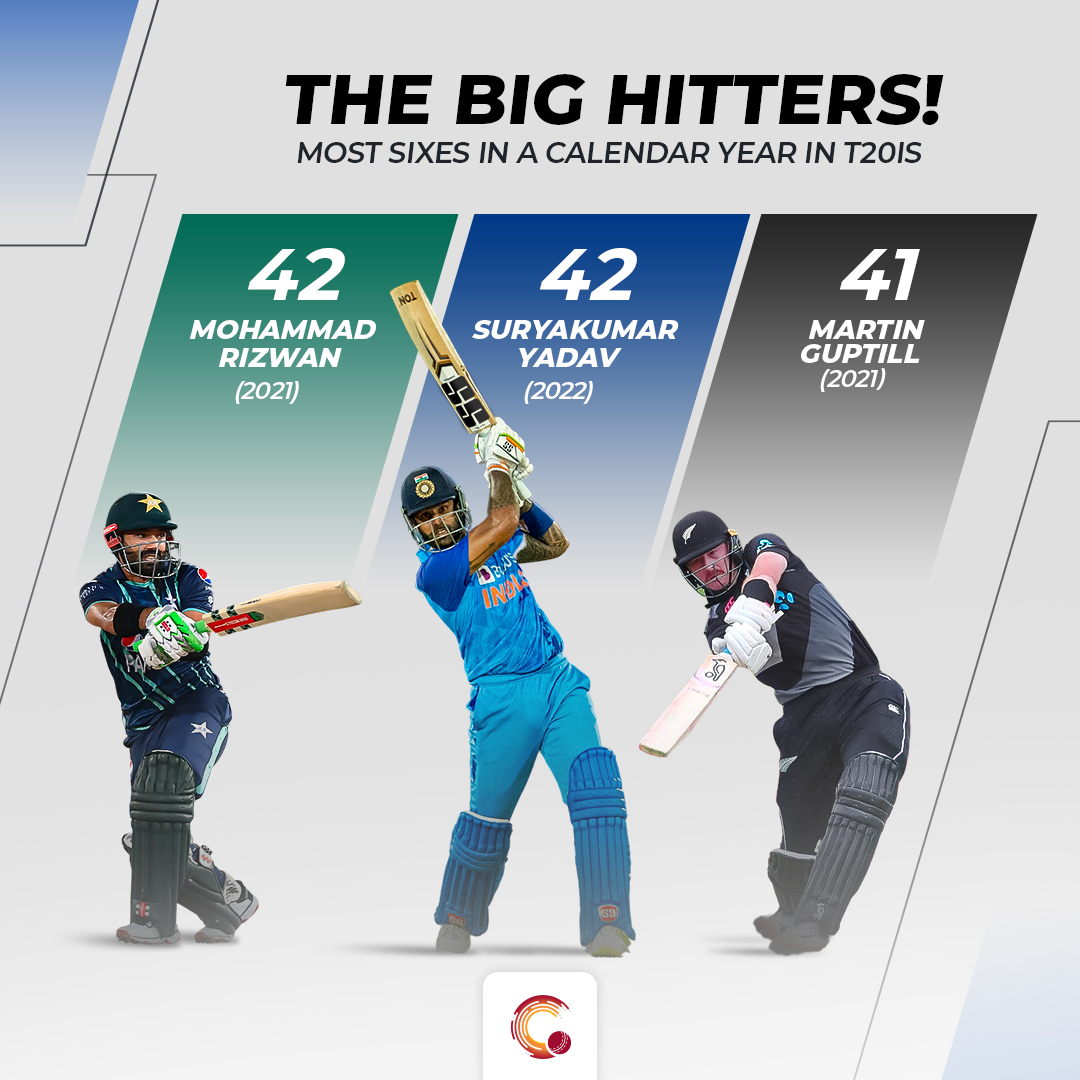 In T20Is, this is the joint most sixes hit by a batsman in a calendar year. With more matches to come this year, he will look for more. He has hit six every 8.9 balls this year, which is the fifth best among full-member nation batters who have hit 30+ sixes in a year.

With yet another match-winning knock, Kohli seems to be in the right zone before the World Cup. He missed out in the first two matches, but in the third T20I, he was back at his best.

En route to his 48-ball 63 runs knock, Kohli went past Dravid’s tally of 24064 to become the second most successful batsman for India in internationals. He now has 24078, still 10,279 runs behind the great man, Sachin Tendulkar. Among Indian batters with 50+ international innings, Kohli is the only one to average 50+.

A seventh wicket high against India

Australia were derailed in the middle overs as they scored only 57 runs and lost four wickets in the nine overs phase. However, the seventh wicket partnership of 68 between Daniel Sams and David resurrected their innings.

In T20Is against India, this was the first innings in which a seventh or lower wicket partnership forged a 50+ partnership. Previously, the duo of Nicholas Pooran and Romario Shepherd had put on 48 runs for the seventh wicket in 2022.

Though the second T20I series was a curtailed one due to wet outfield, the series was never short of runs. In the first match, an aggregate of 400+ runs were witnessed. In the second, in just 16 overs, over 180 runs were scored. Today, a target of 187 was chased down by India.

The three-match series witnessed a run rate of 10.3. In a T20I series where three or more matches were played involving a full-member nation, only in a series between New Zealand (Home) and West Indies in 2020, the run rate was higher (10.7). In India, this is only the second three-plus match series that has been scored at a run rate of 10+.