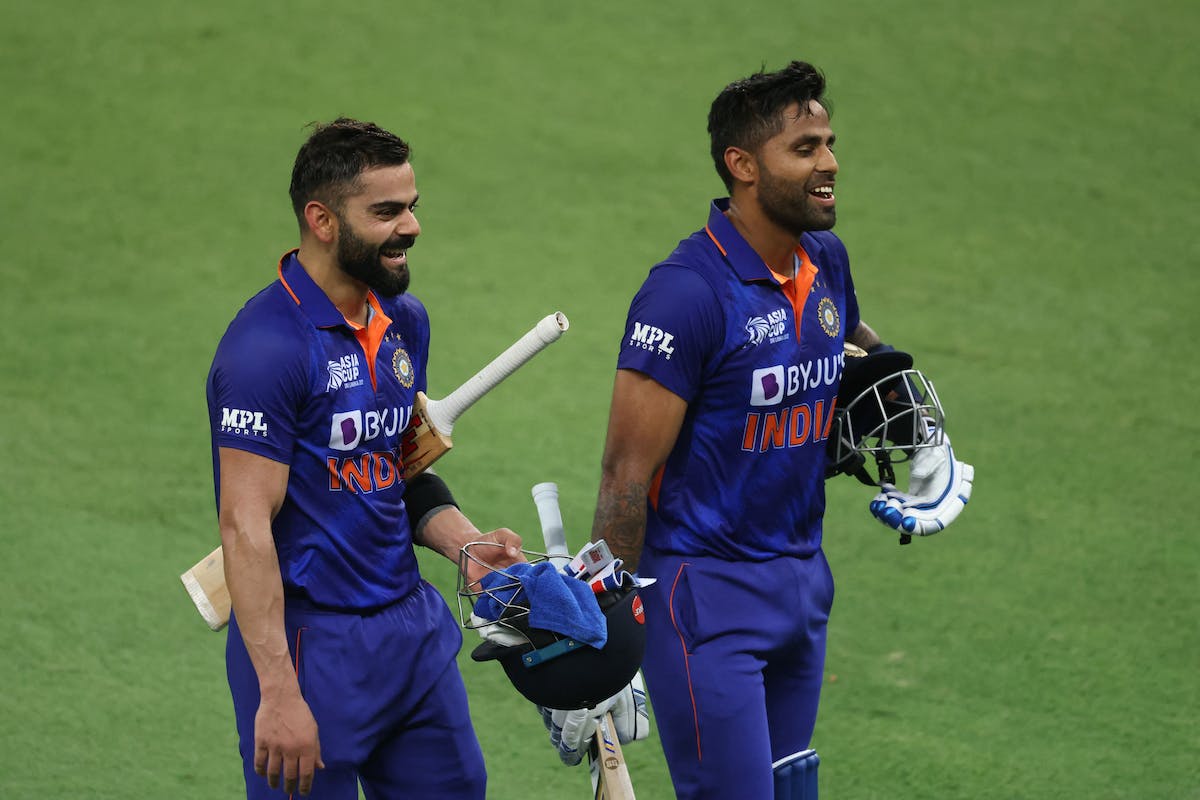 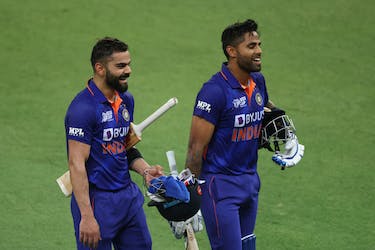 Though Hong Kong lost by 40 runs, their efforts were commendable. Batting first, India looked like they would crawl to a total around the 160-170 mark. However, a Suryakumar Yadav special propelled the total to a massive 192. In response, Hong Kong were on track in the first six overs when they were 51/2. But the Indian spinners pulled things back and helped Rohit Sharma's side seal the super four spot.

It is hard to compare any batter with AB de Villiers, but if any one that comes close to him is Surya. His innings today against Hong Kong was an example of it. 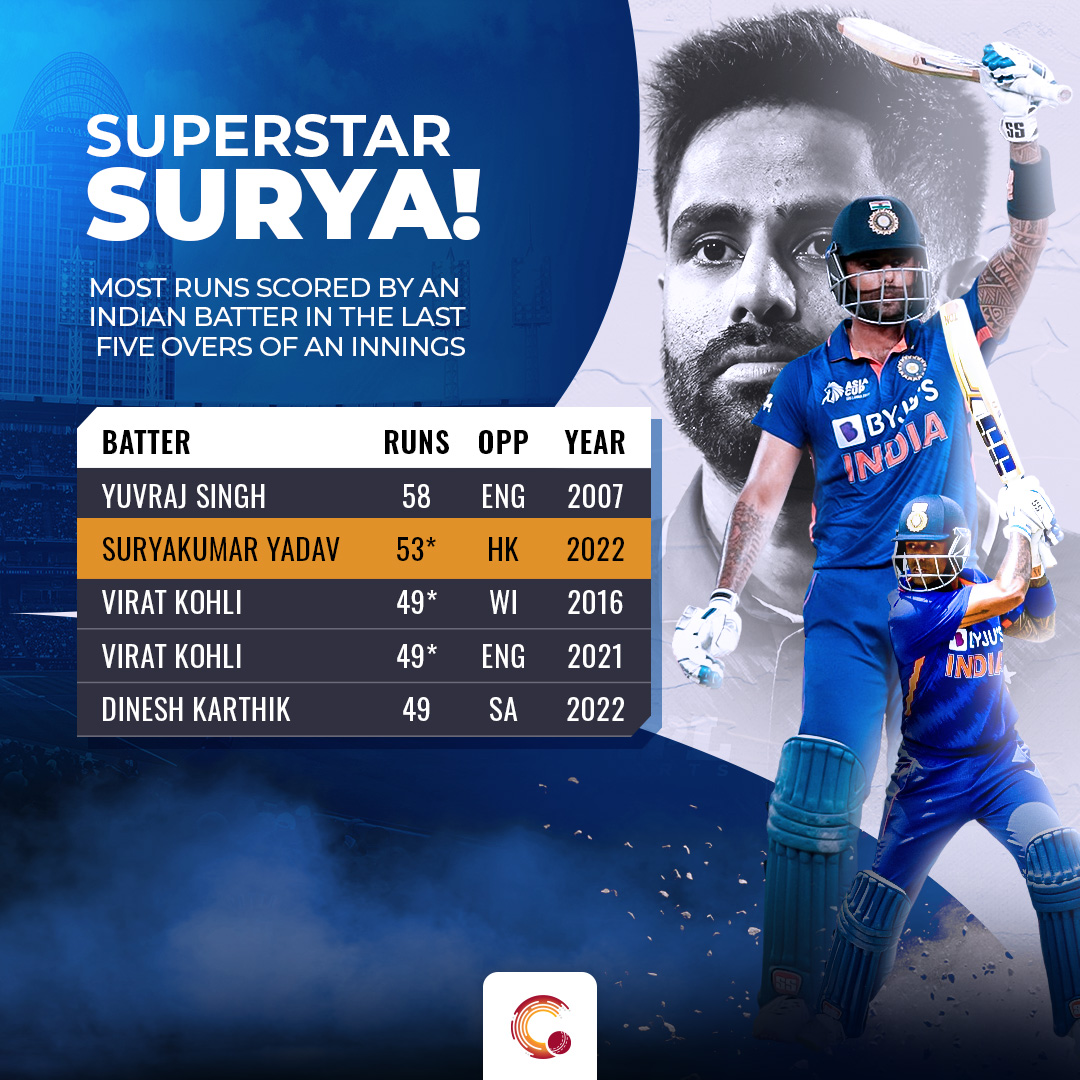 He hit six fours and six maximums, all six of those came in the last five overs. Only Yuvraj in his blinder against England in 2007, had hit more sixes (7) among Indians in this phase of an innings.

After going past Martin Guptill’s tally of 3497 runs in the match against Pakistan, Rohit registered 3500 runs with a single in the first ball of the innings. He now is the first batsman to the landmark. He was also the first batter to reach the 2500-run mark in T20Is.

At one point of time, both of India’s best batters, Virat Kohli and Rohit were competing each other, innings by innings, for the top spot (highest run scorer in T20Is). But now, Rohit is 118 runs ahead of Kohli in the race.

However, in his innings against Hong Kong, Kohli leveled the number of 50+ scores hit by Rohit. With 31 scores of over 50, Kohli now has the joint most 50+ scores in T20Is alongside the Indian skipper.

At the end of the 15th over, India had only 114 runs on board. Kohli and Surya started off the last five overs stage with a 20-run 16th over. Apart from the four-run overs by Ehsan Khan (17th), India scored 13+ runs in the remaining four overs. By virtue of it, India scored 78 runs, which is their third most runs scored in this phase of an innings. 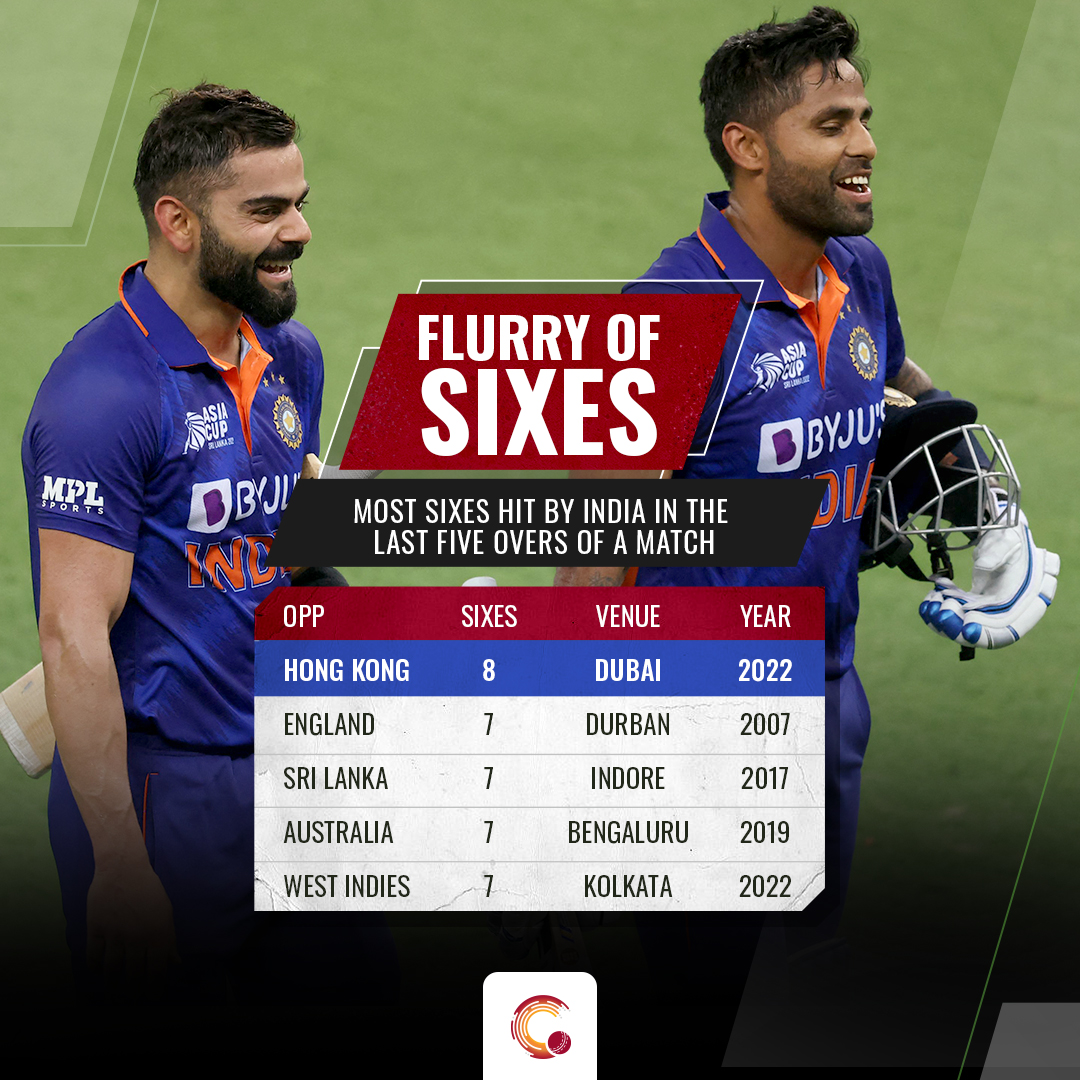 Out of those 78 runs, 48 came through sixes, two by Kohli and six from Surya’s bat. The eight sixes hit in the last five overs are the most in an innings in this phase for India.

In both the matches so far, Avesh’s bowling has been a concern. In the match against Pakistan, he leaked runs at an economy of 9.5 in his two overs and in this match, he conceded 53 runs in his four-over spell, an economy of 13.25. 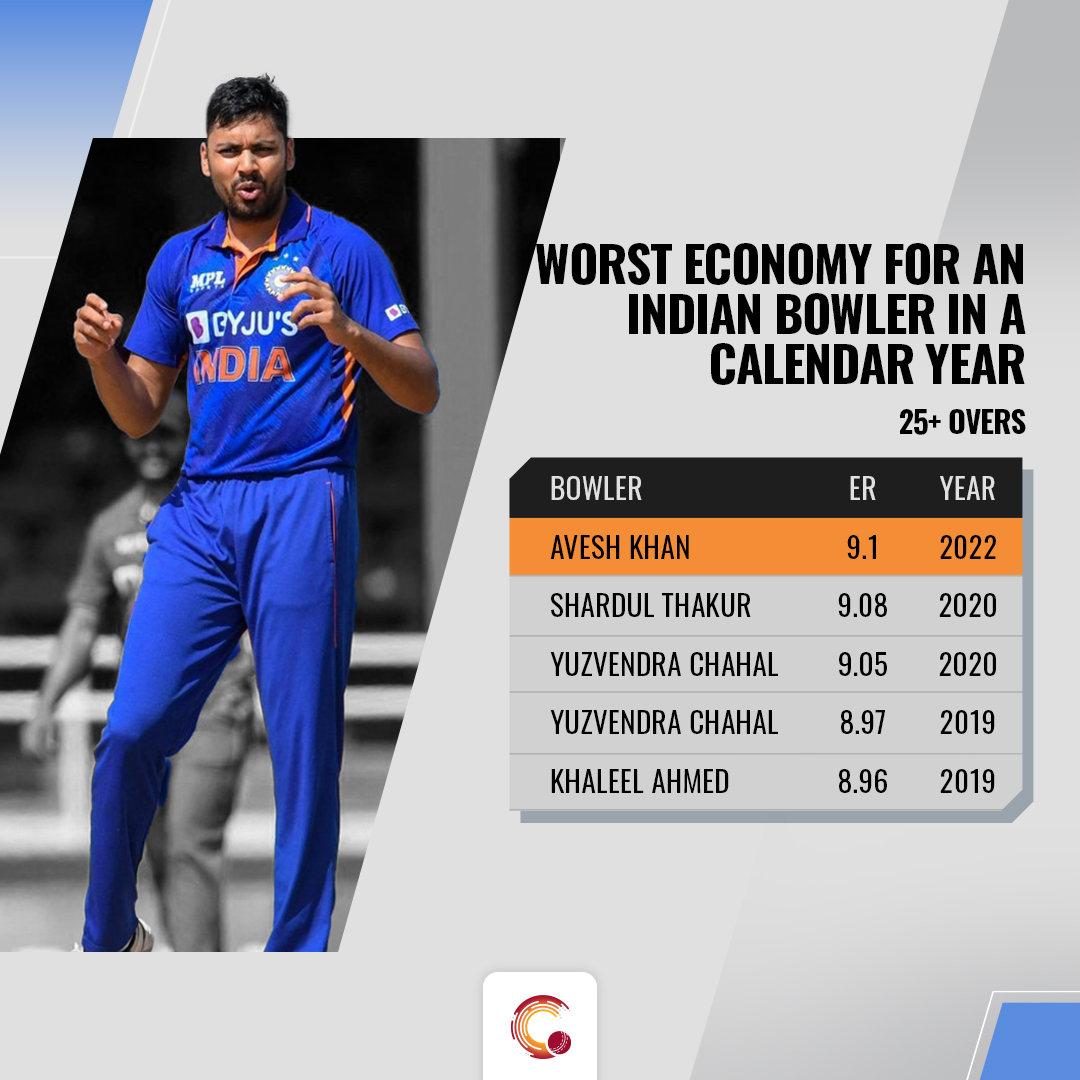 Making his debut in 2022, Avesh has played 15 matches and has an economy of 9.1, not the start he would have expected. In a calendar year of T20I, among bowlers who have bowled 25+ overs, no Indian bowler has conceded more than Avesh.

Rahul struggling to find his touch

In recent times, KL Rahul has been under scrutiny for slow start. In the era of India’s new approach, Rahul’s return as opener made way for criticism. His knock today has widened it even more.