Suryakumar is a player that can hurt you in number of areas: Southee 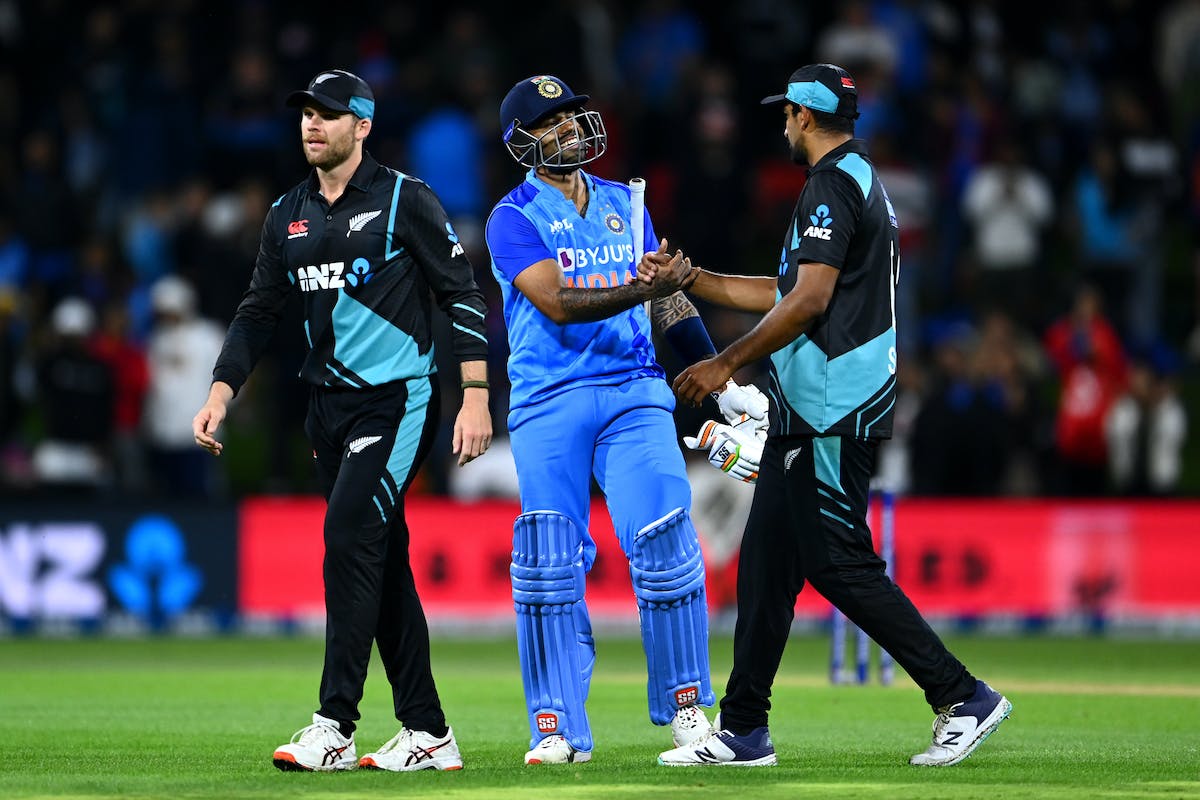 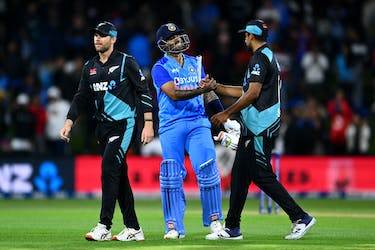 Suryakumar is a player that can hurt you in number of areas: Southee

Tim Southee claimed his second hat-trick on Sunday against India, but it did not amount to much as the hosts lost the game by 65 runs

New Zealand pacer Tim Southee was full of praise for Suryakumar Yadav who scored a stunning 111 not out off 51 balls in the second T20I at the Bay Oval on Sunday.

Southee's second T20I hat-trick, where he removed India captain Hardik Pandya, Deepak Hooda and Washington Sundar in the 20th over, was upstaged by Suryakumar's scintillating knock which had 11 boundaries and seven sixes.

Southee had faced Suryakumar several times in the IPL over the years and knew about the righthander's ability to hit the ball into unmanned areas of the ground.

Southee felt that the hundred was the difference between both sides.

"Anytime a T20 player gets a hundred in a match, it's quite often the difference. You look at the rest of the side and the way we sort of batted, his innings was miles apart from anything else we saw today. Probably made them get to a score that was probably a little bit more than what we were hoping for. It was an exceptional innings and it was the difference between restricting India to 175-180 and then getting above 190," Southee said in the post-match press conference.

The Black Caps didn't threaten the Indian batters in the powerplay. By the time they managed to remove openers Ishan Kishan and Rishabh Pant it was already 10th over of the innings and 69 runs were on the board.

"There's been a number of great T20 players from India. They produce so many good cricketers. Sky's had a great 12 months. It's there for him to continue to do so and continue to play the way he has. But you look at guys that have played for a long period of time and achieved so much over a long period of time ... India have always produced amazing cricketers not only in T20 cricket but across all three formats," Southee said added on Suryakumar.

"He's a player that can hit you and hurt you in a number of areas. He's had a great 12-18 months in IPL, international cricket. Came up against a pretty impressive knock today. The guys will reassess and come up with something for Napier," Southee said.

Their chasing also had a start-stop nature to it as they kept losing wickets at regular intervals. Despite captain Kane Williamson (61 off 52 balls) accelerating at the end, it was too late and the hosts slumped to a 65-run defeat.

"Anytime it looked like it was about to get going, we lost a wicket. That's credit to the way India bowled. They had a decent score on the board. If you're able to take regular wickets and early wickets, then that makes that score even bigger. Just not able to get going and when you're chasing a score like that, you need to blunt it with a decent partnership at some stage," Southee said.

When asked about his hat-trick, Southee brushed off the achievement as he felt the urgency in the death overs makes things easier for bowlers.

"It's nice...I got a bit lucky there in the last over and that can happen. Another day, they'd disappear over the fence and go for six. It's nice when that happens but it all starts again in a day or two's time. It's part of cricket," Southee said.

India are leading the three-match series 1-0 after the first T20I was washed out due to rain. The third and final T20I will be played on Tuesday (November 22) in Napier.