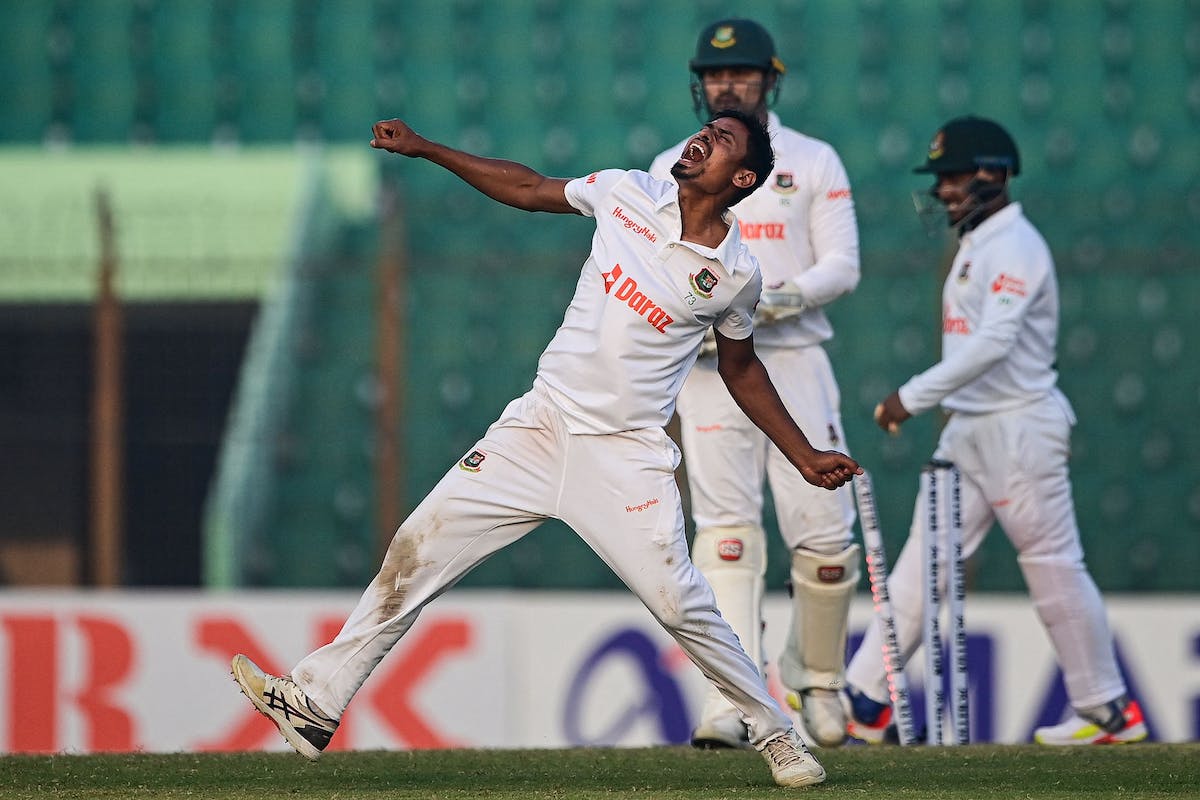 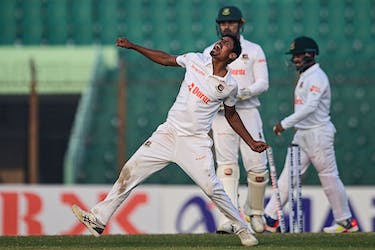 Bangladesh left-arm spinner Taijul Islam felt that his team had missed out on big opportunities to dismiss India on the first day of the first Test at Chattogram.

The hosts managed to get six wickets, including the scalps of Cheteshwar Pujara and Axar Patel at the end of the day, but there were three missed catches involving Pujara (90) and Shreyas Iyer (82 not out) and an unlucky moment where Iyer's bails were not dislodged despite Ebadot Hossain's delivery clipping the stumps.

Taijul, who returned figures 3-84, felt that his team could've been in a better position after reducing India to 48/3 in the first session.

"If they had lost five to six wickets with 10 to 15 overs in our hand then it was possible to bowl them out. Considering everything, I don't think we are in a very bad position and in fact in a good position as this is only the first day of the Test match. If we had not made the mistakes we would have been in a better position," Taijul said in the press conference on Wednesday.

The 30-year old was not elated by dismissing Virat Kohli for a single run, but was pleased with the wicket of Pujara as it broke a partnership of 149 between him and Iyer.

"I have picked up the wicket of Virat earlier in my career so doesn't need to be the highlight of my career. I think the line and length was good and perhaps he missed on quite a few occasions but I felt that the ball (which removed Pujara) turned quite sharply. He felt it will be straight but as it turned it hit the stump," he said.

Much like Pujara, Taijul also had to elaborate on the unpredictable nature of the pitch which had variable bounce which made things challenging for both batters and bowlers.

"In a lot of series, the wicket became good after each passing day. But here we are still not being able to predict as there is big turn and perhaps we will take some time. If we can build partnership with a focus we can do well in the series," Taijul said.

India ended the day at 278/6 with Iyer at the crease after Mehidy Hasan Miraz dismissed Axar off the final ball of the day.