'Team man' Virat Kohli will be among the runs in T20 World Cup: Ishant Sharma 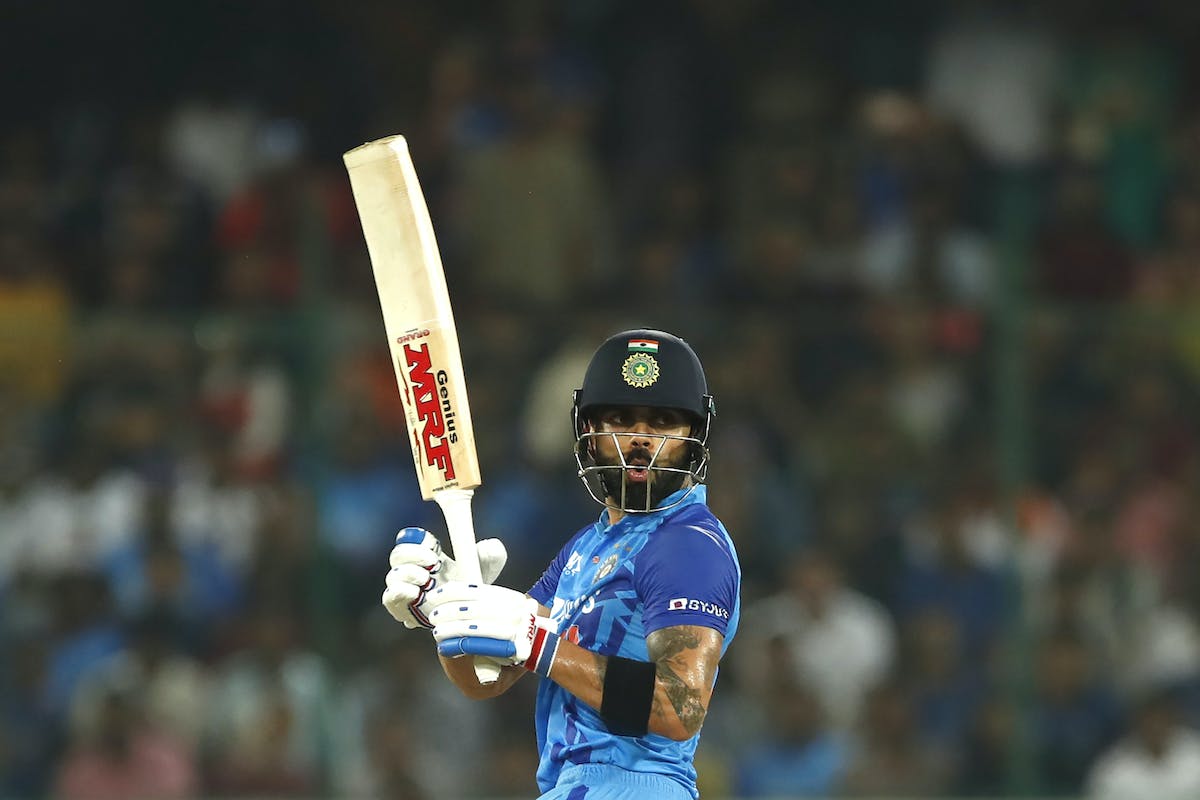 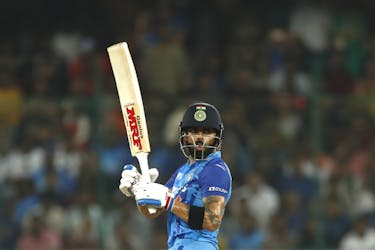 'Team man' Virat Kohli will be among the runs in T20 World Cup: Ishant Sharma

India fast bowler Ishant Sharma has backed Virat Kohli to be among the runs in the T20 World Cup 2022. Having played with him from a young age, Ishant believes Kohli will score runs for India when it matters the most.

Kohli in his last 10 T20I innings has three fifties and a century - that came against Afghanistan - after going over 1,000 days without a ton.

"I have played so much cricket with him since childhood and I know that he will perform exactly how the team needs him to perform. If they require quick innings from him, he will deliver. If they need somebody to bat through the innings, he can do that, too," Ishant told Betway.com.

"He’ll never think about individual accolades, he’s a team man. It just depends on the kind of role that he is given. He’s been in good form recently, so I am confident that he’s going to score runs during the World Cup."

Ishant also believes India have the perfect blend of youth and experience going into the World Cup.

"With Virat, Rohit Sharma, KL Rahul and Dinesh Karthik, I think they have a nice experienced core. You need plenty of exuberance and energy in T20, but you have to have that experience for when you find yourselves in a tough situation," Ishant said.

"India has lots of players very used to winning games of T20 cricket."

Speaking of Rishabh Pant, Ishant believes that he has the capability to win any game single-handedly as he just backs his talent and does not feel the pressure of the situation.

"If Rishabh gets a chance to turn a game on its head, he will do it. He can win you games single-handedly. He has that kind of impact," Ishant, who has picked up over 400 wickets for India, said.

"We have seen in international cricket that when his team is five wickets down, he will still play his shots and carry on in the same fashion as always. He is never too afraid to play the way he plays.

"Every bowler is under pressure against him because he doesn’t think about what the situation is, he just backs his talent. He could have a very big tournament because he won’t let the pressure get to him."

Ishant also believes it is going to be impossible to stop Suryakumar Yadav from scoring freely. Since his debut last year, Babar Azam (1,501) and Mohammad Rizwan (1,950) have scored more runs than Suryakumar (1,045). His runs have come at a whooping strike-rate of 176.81 and has also struck nine fifties and a century in this period.

Speaking of Surya, Ishant says, "He’s very difficult to bowl to. I think in the last few months he has changed his game a bit. He’s gone from being a good player to someone who is a 360-degree player.

"As a bowler, he doesn’t give you any kind of option. He plays with the field brilliantly and makes you feel like it’s impossible to stop him from scoring."

The India pacer, who made his debut in 2007, feels the bowlers will be key to India's success in the T20 World Cup. Given the large ground dimensions in Australia, Ishant feels that the bowlers have some margin for error.

"The grounds are so big in Australia that it can be easier to pick up wickets. You can at least have some sort of margin for error as a bowler," Ishant, a veteran of 105 Tests, 80 ODIs and 14 T20Is, said.

"In India, you have no margin because the boundaries are 60 or 70 meters. You have to be so spot on in your execution. With my bowler’s hat on, this gives us a better chance."

While the India-Pakistan matches are highly anticipated encounters, Ishant says that the players usually treat it as any other game and do not get carried away by the emotions.

"To be honest, as players, we don’t think: ’Right, we’re playing Pakistan.’ The match is just like any other for us in terms of the way we approach it," Ishant, who has played 12 international games against Pakistan, reckons.

"We understand the hype around the match but we are used to it now.

"But I can also understand why there is so much excitement around India when we play Pakistan. There are parties, there’s a great atmosphere and it’s a big event. And both teams really want to win, of course."

While many, including Ishant believe India are one of the favourites, the India fast bowler feels England and Australia can challenge and perhaps put an end to India's quest to win their first title since 2007.

"Australia and England," Ishant responded when asked about other teams that can challenge for the World Cup.

"I think they’re the teams that can put you under pressure regardless of what situation they’re in. They just keep going hard.

"The opening batters sum that up best. David Warner and Jos Buttler are IPL legends. People love them because they’ve performed really well for their franchises over a long period of time.

"They can put bowlers under pressure from any situation and are a big part of why I think their teams can challenge India for the title."

After Pakistan, India will have to contend with the Netherlands, South Africa, Bangladesh and Zimbabwe for a place in the semi-final.