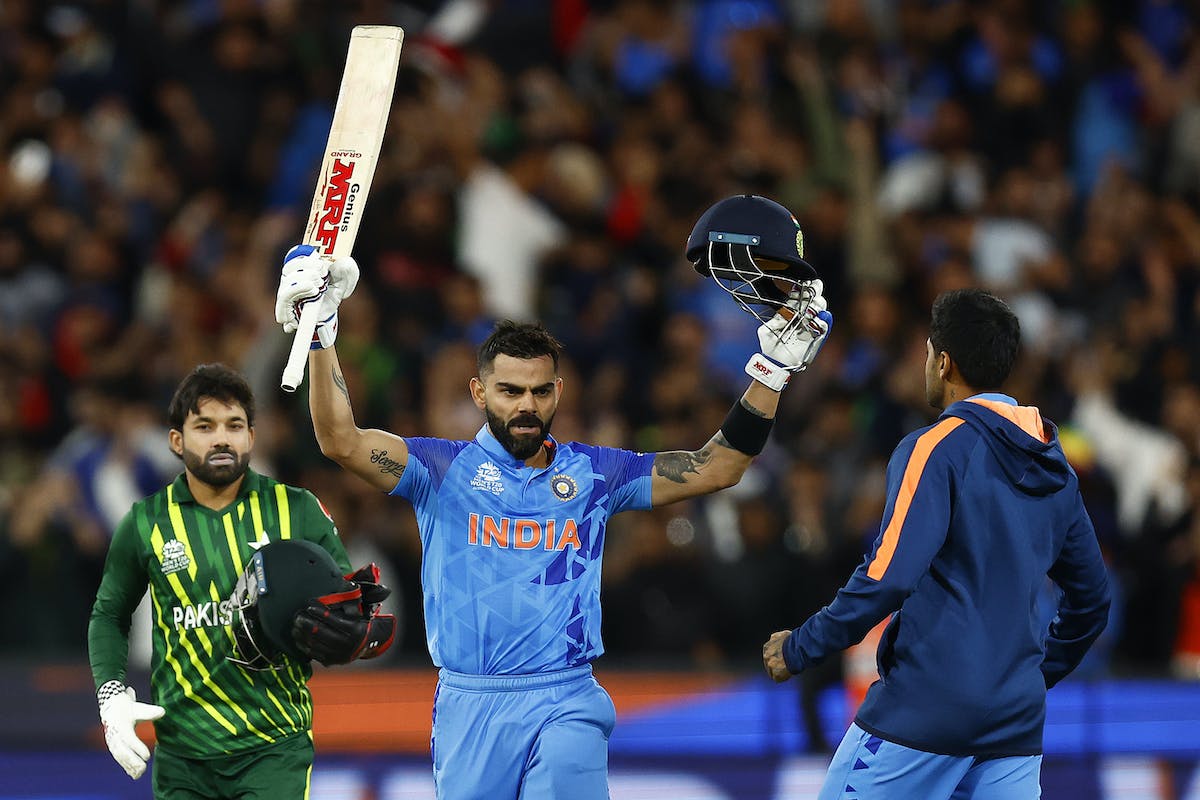 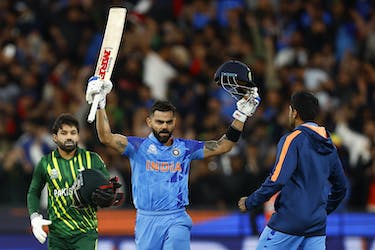 India got off their T20 World Cup campaign off to a stunning start by beating Pakistan by four wickets in front of a full-house MCG. The match which can be easily termed as a classic as the world witnessed Virat Kohli play an innings for the ages to take India to a last-ball victory.

England and Australia, two of the tournament favorites, suffered humbling defeats. Defending champions Australia were floored by New Zealand in their tournament opener while England lost a narrow margin of five runs against neighbours Ireland.

Soon after the heart-breaking loss against India, Pakistan were in for a double blow when they fell short by a single run against Zimbabwe. Chasing 130 at Perth, Pakistan failed to score 11 off the final over by Ryan Burl. Sikander Raza's dream run in the tournament continued as his 3-25 broke Pakistan's middle order.

The rain gods have not been kind to 2022 World Cup. A total of five matches were washed out due to heavy rain. It started with the Super 12s Group 2 game between South Africa and Zimbabwe where play was possible for 12.1 overs across both innings before dangerous wet conditions forced abandonment of the match.

Afghanistan suffered the most due to wash-outs as their matches against New Zealand and Ireland were washed out while the anticipated clash between Australia and England also met with the same fate.

Brisbane Heat's Georgia Redmayne remained top of the run-scorer chart in the WBBL with 229 runs from seven innings, while Australian legspinner Amanda Jade-Wellington overtook Sophie Ecclestone to go join-top of the wicket-takers' list with Darcie Brown, who also claimed 11 wickets from six innings.

India's star batter Jemimah Rodrigues joined Melbourne Stars for her second season in the WBBL and scored eight runs in the match against Melbourne Renegades.

Pre-Quarterfinals - Punjab vs Haryana, Kerala vs Saurashtra, Vidarbha vs Chhattisgarh.

Pakistan are currently talk of the World Cup after losing two matches off the last ball. Mohammad Nawaz was at the receiving end on both occasions and social media has not been kind to the team as a whole.

Here's are the nail-biting moments of their two losses against India and Zimbabwe.

Zimbabwe, on the other hand, were on Cloud 9 after the win.

Virat Kohli's unbeaten 82 not out off 53 balls had come on the grandest stage, in front of the biggest crowd and against arch-rivals. The knock had sparsely-believable shots as India snatched the victory from jaws of defeat. Anirudh Suresh encapsulates the tidal wave of emotion that swept across the stadium and the world over.

It look as if New Zealand barely broke a sweat as they thrashed Australia by 89 runs in their opening clash at the SCG. Here's Shubh Agarwal dissecting the efficiency of the Blacks Caps' in the big win.

Last time Ireland beat England was in the 2011 ODI World Cup where Kevin O'Brein's hundred stunned them. The Irish pulled off another massive win against their fancied neighbours. Aakash Sivasubramaniam explains what it means to the tournament.