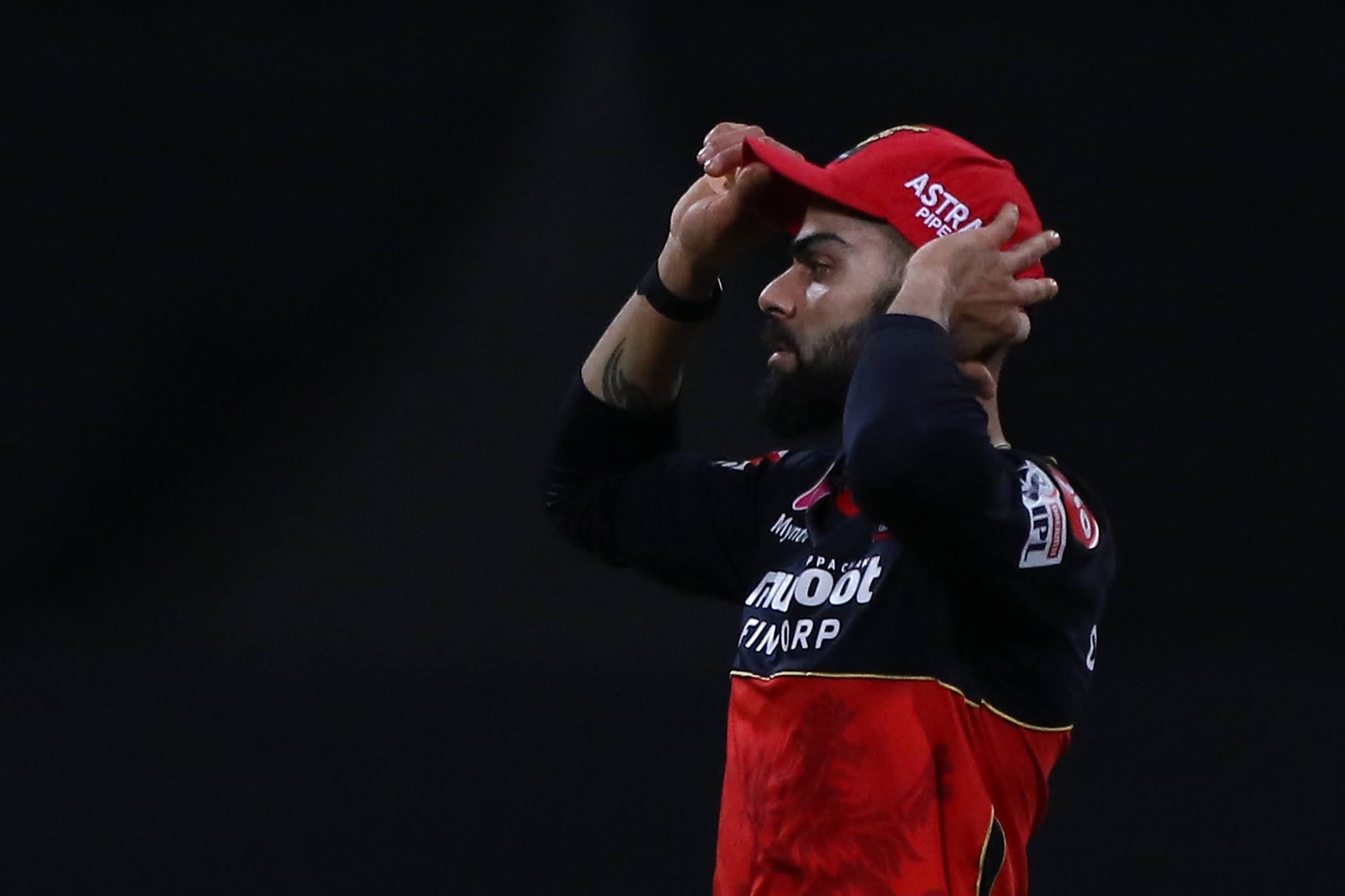 Tactics form an important part of any team sport. Given the shorter length of a T20 game, gaining an early advantage is key, making tactics more important in cricket than ever before. Coming to the field well-prepared now means turning up with a good game plan. The 2020 Indian Premier League saw such ploys in abundance. Some were good, but some turned out to be atrociously bad.

Here, we look at some tactical blunders which went on to cost the teams that employed them. Not to forget, a lot of these tactics are framed by the coaches of the respective sides rather than the captains.

The demotion of AB de Villiers

It has become a common consensus in the IPL that AB de Villiers struggles against leg-spinners. Across the 2018 and 2019 seasons of the IPL, he averaged 26 while striking at 128.4 against them, which one might say is below par going by his abilities.

Kings XI Punjab took note of these numbers. In both their games against RCB, they deployed both their leggies, Ravi Bishnoi and Murugan Ashwin. It was enough to unsettle Royal Challengers Bangalore.

In Match 31, AB de Villiers was slated to bat at four as usual. RCB lost the first two wickets by the seventh over. Instead of de Villiers, in walked Washington Sundar. Up to an extent, Sundar’s promotion seemed logical. It ensured a right-left batting combination to counter the leg-spin duo. Also, RCB had not enjoyed Kohli and de Villiers batting together too soon in the innings. It has often restricted both from playing freely in order to ensure at least one of them bat through.

However, Sundar and Kohli added only 24 runs for the third wicket in 24 balls. Sundar kept running into the off-spinner, Glenn Maxwell. Kohli contributed only 11 off 10 balls. Having batted till the 11th over, Sundar had set the stage for de Villiers. But, RCB took everyone by surprise by further pushing de Villiers down to number six. Shivam Dube was promoted over him.

While the 11th over was the perfect stage for de Villiers to walk in, his entry was delayed until the 17th over. As maverick as he is, expecting de Villiers to start striking it from ball one isn’t fair. In T20s since 2019, de Villiers has a strike rate of 124.9 in the first 10 balls of his innings while it escalates to 160.1 over the next 10 deliveries. He did not have the cushion of those first 10 balls and perished for 2 in a failed attempt to find the fence. Not to forget, de Villiers had hammered a match-winning 73 in the previous match on the same ground. On this occasion, RCB wasted their best batsman and lost the game on the last ball of KXIP’s run-chase.

Unadkat bowling the 19th over 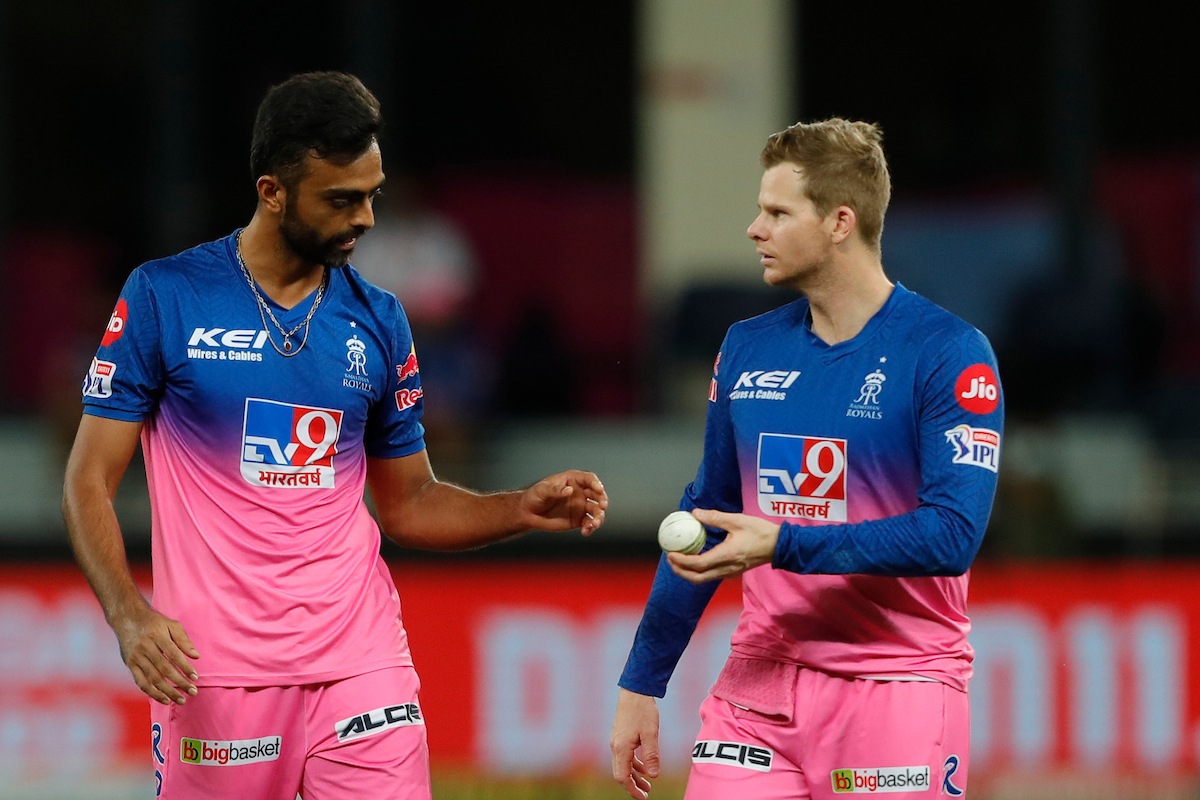 Another common knowledge in T20 cricket suggests that while defending a total, one should bowl their best bowler in the penultimate over. RCB needed 35 with two overs in hand and Rajasthan Royals skipper Steve Smith handed the ball to Jaydev Unadkat instead of opting for Jofra Archer.

Unadkat was carted for a six off each of the first three deliveries by de Villiers, bringing the deficit down to 17 from nine balls. A delivery later, Gurkeerat Singh Mann collected a four. There were 25 runs from the over. Criclytics underlined it as a match-changing over which brought RR’s win percentage down by 45 percent.

Archer was the Most Valuable Player of the tournament but defending 10 runs in the last over against a rampaging de Villiers is tough even for the world’s best. After the defeat, Smith said Unadkat was given the leeway of a longer boundary on the leg-side. In any case, had Archer bowled the 19th over, the story could have been different.

Nitish Rana bowling the 10th over

Defending 173 in a must-win game against Chennai Super Kings, Kolkata Knight Riders had a firm grip on the game until a moment of inexplicable decision-making. CSK were 58 for one in nine overs when Eoin Morgan decided to use the part-time off-break of Nitish Rana.

There was no need to bowl Rana, especially that soon. The run-rate was well under KKR’s control, there were two right-handers at the crease - Ambati Rayudu and Ruturaj Gaikwad - and the pitch had not shown any signs of helping spinners extravagantly. Moreover, Rayudu was only five balls into his innings. If anything, it was an opportunity for Morgan to bring his strike bowler on.

However, he opted for Rana which permitted freedom to Rayudu early in his innings. The right-hander scored a boundary off each of his first three balls in the over, providing impetus to the innings. The 16-run over opened the floodgates and CSK raced to 100 by the end of the 12th over. CSK completed the run-chase off the last delivery of the game. KKR won their next game but fell short of a spot in the playoffs due to net run-rate. 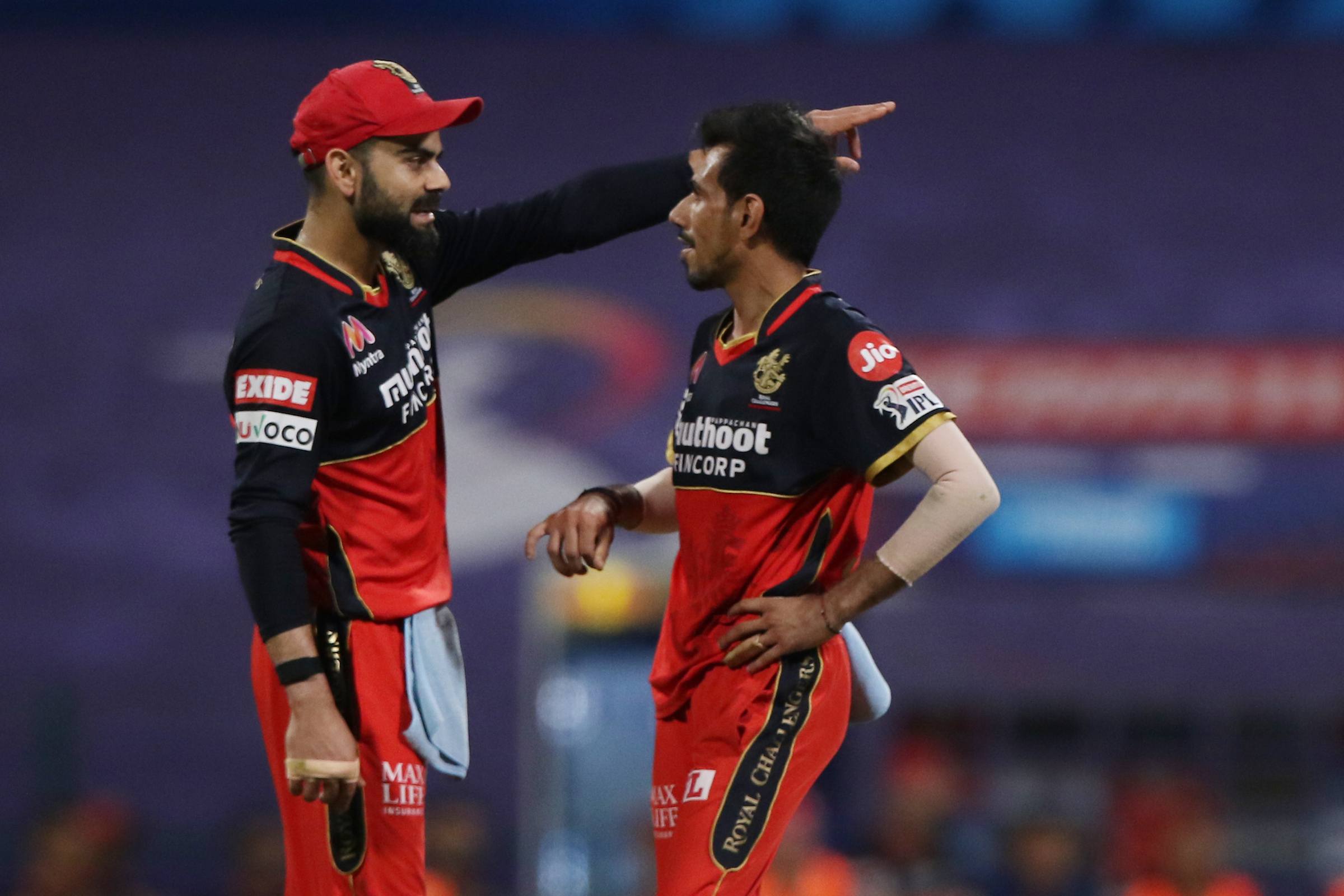 Kieron Pollard has a strange relationship with leg-spinners. In T20s from 2018 until Match 9 of IPL 2020, he had a strike rate of 128 against leg-spinners in the first 15 overs of the innings. In the last five overs, however, it skyrockets to 201.4. Conclusion - do not bowl leg-spin to Pollard at the death.

In Match 10, though, RCB skipper Kohli fed the Trinidadian with back-to-back overs of leg-spin, against Adam Zampa and Yuzvendra Chahal (17th and 18th over in the innings). Facing 10 of those 12 deliveries, Pollard hammered 42 runs. Ishan Kishan scored seven from the remaining two deliveries, producing 49 runs from those two overs. Mumbai Indians, after being well behind the eight ball for about 35 overs of the customary 40 in the game, were back in the contest and went as far as taking the game to a Super Over.

Moreover, there was no riposte by RCB to Pollard’s power-hitting. All those 12 deliveries were flat and failed attempts at bowling leg-breaks without the variation of an arm-ball or a googly.

KKR delaying Ferguson till the 12th over

When Chris Gayle is in and you want to get him out early, spinners are definitely not the way to do that. Since 2018, Gayle has been dismissed early (equal to or less than 10 balls in the innings) 28 times out of which pacers have accounted for his departure on 23 occasions.

But KKR, in Match 46, had different ideas. When Gayle arrived at number three in a run-chase of 149, KKR were building a platform to strangle KXIP. Gayle arrived at the start of the ninth over which was a perfect moment for KKR to unleash Lockie Ferguson. They had been using Ferguson in the seventh over in the three matches he had played earlier. In this game, they delayed his arrival to the 12th over. They did not use Pat Cummins either. 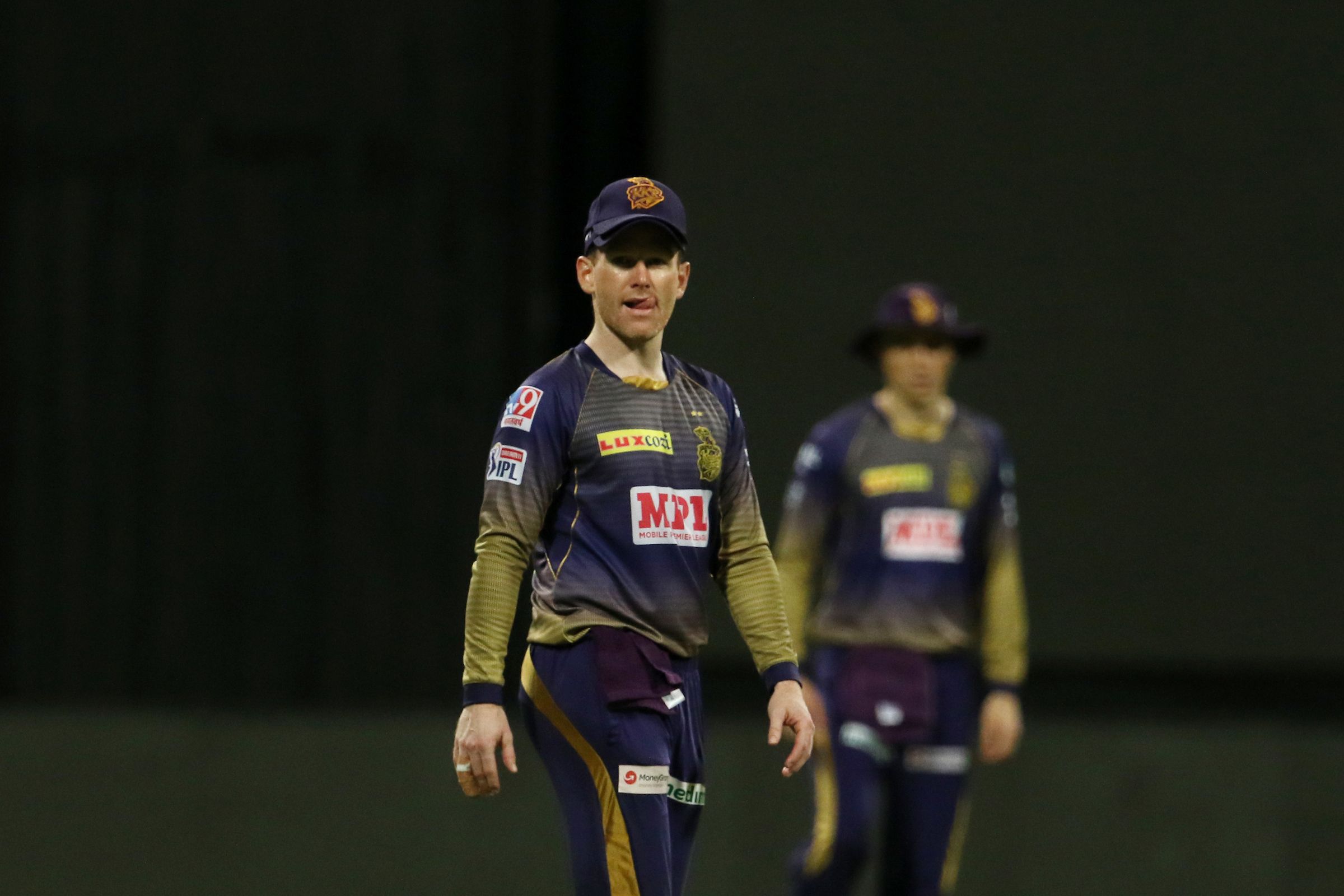 Instead, they went for the mystery spin of Sunil Narine and Varun Chakravarthy. Gayle had struggled to score against mystery spin before, but it was a different story on the small outfield of Sharjah. He used the three-over spell between Narine and Chakravarthy to get his eye in as well as to score runs. He smoked three sixes and by the time Ferguson arrived, he had already raced to 20 off nine balls.

In a small run-chase, this brief burst was enough to hand an advantage to KXIP. Gayle carried on to score a match-winning 51 (29 balls) as KKR were left wondering “what if” they had attacked the big man with either Cummins or Ferguson earlier.

Gowtham bowling the last over against MI

KXIP were both mediocre and brilliant in terms of tactics in IPL 2020. They exploited the match-ups efficiently but failed to field a proper XI in many games. Match 13 was a prime example of the latter. It was their first match after conceding a total of 223 against RR in Sharjah. That game accentuated that Sheldon Cottrell was not a death bowler.

Hence, KXIP finished his quota by the 13th over. This left them with only two pacers for the last five - James Neesham and Mohammed Shami, both of whom were yet to do something substantial in that phase. With two overs left each, they bowled the four overs from the 16th to the 19th and conceded 64 runs between them. It was evident that KXIP would have no option but to use Krishnappa Gowtham’s innocuous off-breaks in the 20th over.

Gowtham conceded four sixes in the over. One cannot blame him as he should not have been bowling that over. It generally goes to one of the top bowlers in the side. However, KXIP had no one skilled enough to do the job in their XI and further miscalculated to stay content with Gowtham in the 20th over. Those last five overs - 89 runs - took the game away from KXIP as MI reached 191 and won the match comfortably.

OPINION
How not to use data
RCB had good intentions behind not sending de Villiers to bat in the seventh over, but they were outmanoeuvred by the opposition’s strategy