Virat Kohli has earned the right to never be written off: Ben Stokes 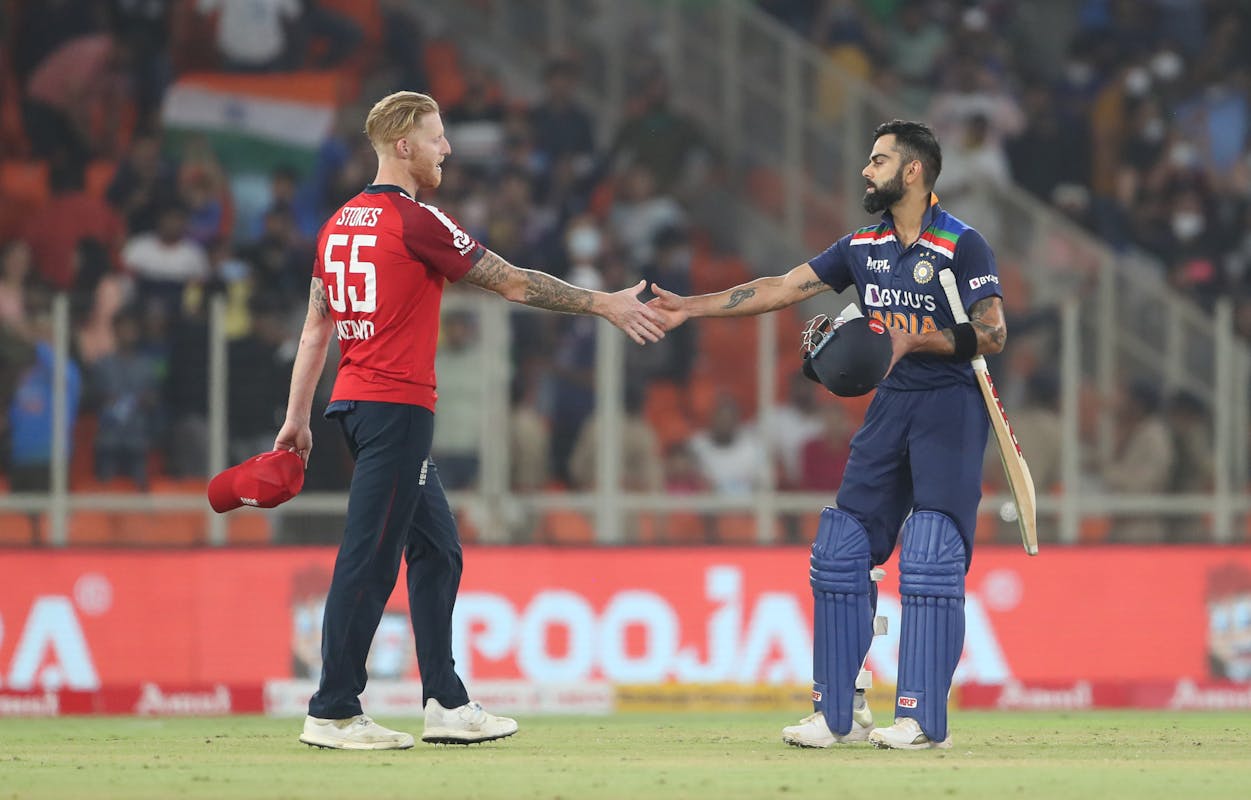 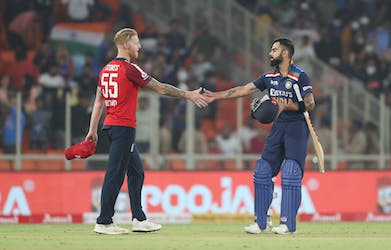 Virat Kohli has earned the right to never be written off: Ben Stokes

The former India captain has been in tremendous form in the T20 World Cup 2022, having accumulated 246 runs at a strike-rate of 139 so far

England all-rounder Ben Stokes feels Virat Kohli has earned the right to be never written off easily despite having a few quite months. Kohli has been in btilliant form of late. After scoring a superb century against Afghanistan in the Asia Cup, he has taken the T20 World Cup 2022 by storm with fifties against Pakistan, Netherlands and Bangladesh to accumulate 246 runs at a strike-rate of 139 in the tournament.

England will take on India in the second semi-final on Thursday (November 10) at the Adelaide Oval.

"I think with Virat he could have four unbelievable years like he had, and then have a not so loud couple of months and then for some reason plays like that and gets written off, we have got no idea why. I think he has earned the right to never be written off," Stokes told reporters in an interaction organised by the ECB.

"As far as Kohli is concerned, his numbers speak for itself.

"You don't produce the numbers and produce the innings that he (Kohli) does in all three formats and it's fine. We as players and people who play against him a lot, we never take anything he has done in the game before into the game we have got here."

Stokes also calls Suryakumar Yadav a great player and hopes that his side can keep him from going berserk. "Suryakumar obviously came in and set the world alight. He is a fantastic player and plays some shots where you sort of just scratching the head sometimes," Stokes said.

"He is in great form, but hopefully, we can try and shut him down and not allow him to get on one of his rampages."

Stokes admits that England have not been at their best in the tournament so far and assures that it will not be the case when his side take on India in the semis.

"I think the way we have managed to get through not playing our best cricket so far and now we find ourselves here. So obviously it's exciting," Stokes who has scored 58 runs and chipped in with five wickets in the marquee event said.

"But we know we need to get this game done on Thursday, against a very strong Indian team which no one will ever take lightly.

"This is because of the team they are and the players that they have in their squad. But we like to focus more on our squad and not think too much about them."

In fact, he also didn't want to read too much into opposition skipper Rohit Sharma's lean run with the bat. The India captain has managed just 89 runs from his five innings in the tournament so far and earlier today, was hit on his forearm in the nets, but it is not believed to be serious enough to rule him out of the semis.

"The likes of Rohit, they are world-class players. You can't take [assume] anything from what he has performed in the previous game because you have seen him do it many a time [in big games].

"He is one of the best to play the game, especially in this format. We won't be taking him lightly at all."

When asked if spin will play a big role in Adelaide under floodlights, Stokes was non-committal. "I am pretty sure it will but how big a role, I don't know," he responded.

Stokes was all praise for white-ball skipper Jos Buttler, who he thinks has done a fine job since Eoin Morgan retired.

"He [Buttler] has gone really well. Even when he wasn't in charge of the team he was the leader within the group. And now he is in charge you can see. I think everyone who is in the team obviously follows him."