What can India take away from Bangladesh going into Australia Tests? 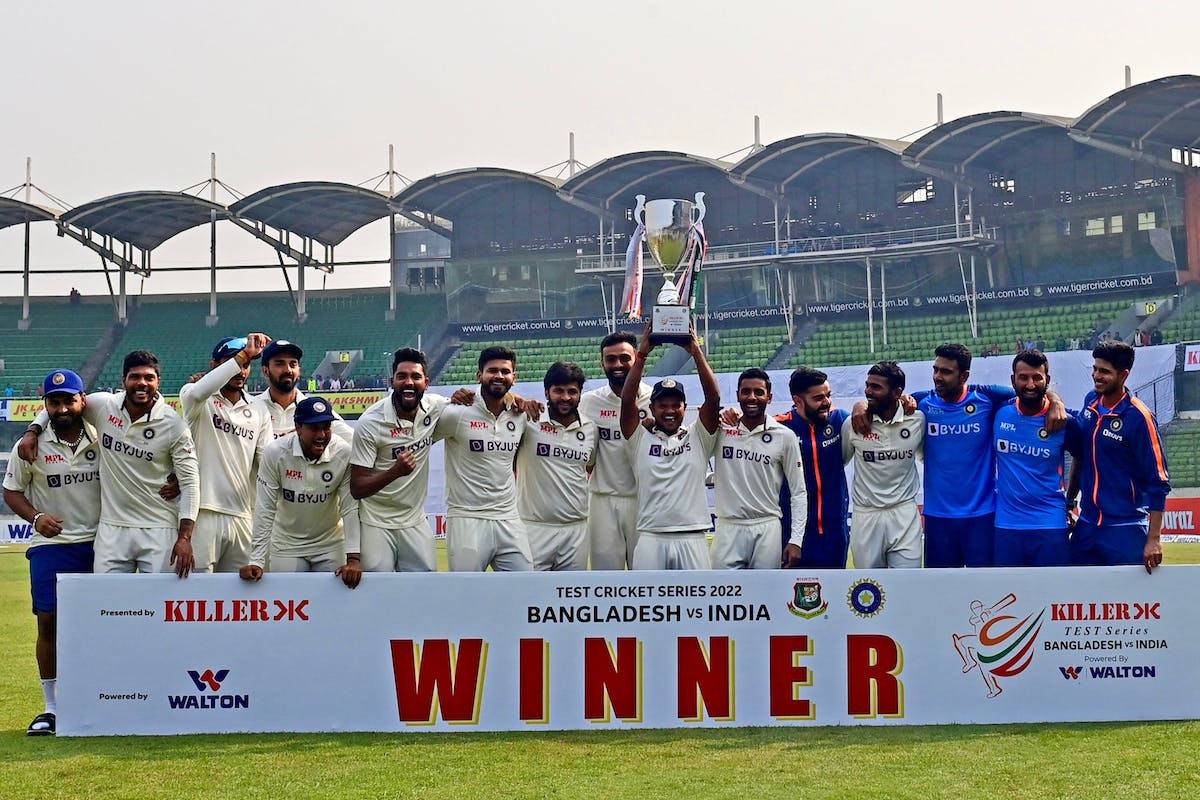 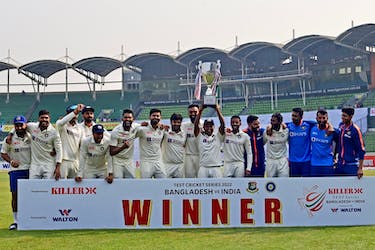 What can India take away from Bangladesh going into Australia Tests?

The scoreline might suggest a 2-0 series win, but for those who witnessed the ebb and flow of the second Test against Bangladesh would know India got out of jail. It took a special effort in the end from Shreyas Iyer and Ravichandran Ashwin to ensure India do not succumb to their first ever Test loss against Bangladesh.

While India can celebrate ending the year with a fine victory, they have a bigger challenge coming up in February next year with Australia returning to play a four-match Test series. The Border-Gavaskar Trophy in the recent past has seen some riveting Test matches and we could be in for yet another action-packed series.

However, there are plenty of talking points from the series against Bangladesh and looking ahead to the Border-Gavaskar Trophy they’ll need to iron out a few.

The stand-in captain for the Bangladesh Tests, KL Rahul has been under severe scrutiny for failing to turn up in crucial matches and situations. While Shubman Gill got into the XI in the absence of the injured Rohit Sharma, Gill seems to have made his opportunity count with s superb century in Chittagong, but Rahul scored a combined 57 runs in the four innings in the series.

So, what happens when Rohit returns for the Australia Tests? There’s little doubt that Rahul will continue to receive the backing of the team management, is it really fair to hand someone who has averaged in the 20s in three of his last four years or look at some feasible options like giving Gill a longer rope, inducting Abhimanyu Easwaran into the team or even getting Prtihvi Shaw back.

Cheteshwar Pujara after a player of the series performance spoke about how playing first-class cricket has helped him translate his form in the Test arena. Will not be a bad idea for Rahul to follow the same route.

Once tipped to break every record set by Sachin Tendulkar, Virat Kohli’s fall over the years has been partly due to his poor show against the spinners. Aakash Sivasubramaniam, in this article, talks about his dip against the spinners especially since 2020. In this period Kohli has scored at an average of just 22 in 15 innings, while in the four years prior to that, he scored at 95.3 in 34 knocks.

His ODI and T20I centuries recently may be seen as a brief respite but his average of just 26.20 in Tests since 2020, with just six fifties from 36 innings which read a very sorry figure. Could the Australia series perhaps be Kohli’s one last chance in the format?

Cheteshwar Pujara’s hard grind in County cricket has paid dividends as his return to form is one less thing to worry about for the team management. "I have been working hard on my game. Played lot of First-class cricket and then worked a lot on my game, that's what helped me score these runs,” he said while collecting the trophy for his player of the series performance against Bangladesh.

Pujara and Ajinkya Rahane were dropped for the home Tests against Sri Lanka earlier this year. While Pujara has gone on to churn runs for fun, the latter continues to hold out hopes for a place in an IPL side, blaming the poor pitches in India for his dip among perhaps other reasons, and as a result has not really done enough to force his way back into the team.

Pujara’s hunger to succeed in the series saw him break his century drought, that dated back to January 2019. India could not have asked for a better time for their No.3 to strike form given that he will put to the sword against Nathan Lyon and co. in the upcoming series.

Shreyas Iyer’s prowess against spin especially in the IPL is certainly a sight to behold. While top players like Kohli have struggled against them in the recent past, Shreyas has thrived on them in Tests. Since his debut, Shreyas has scored at an average of 70 against the spinners which in conditions in the subcontinent is key.

Be it on his Test debut against New Zealand, the series against Sri Lanka or the just concluded one in Bangladesh, Shreyas’ technique has always remained sound against the spinners and one trade that could behoove him and the team against Australia.

He first rescued India with a counter-attacking 159-run stand with Rishabh Pant and when the chase got tricky in the second innings, he kept the spinners at bay with a match-winning unbeaten 71-run stand with Ashwin, further underlying his maturity at this level.

Though short deliveries might be where he is troubled the most, there’s little doubt on dying third or fourth day pitches, India would have Shreyas taking on the spinners head on.