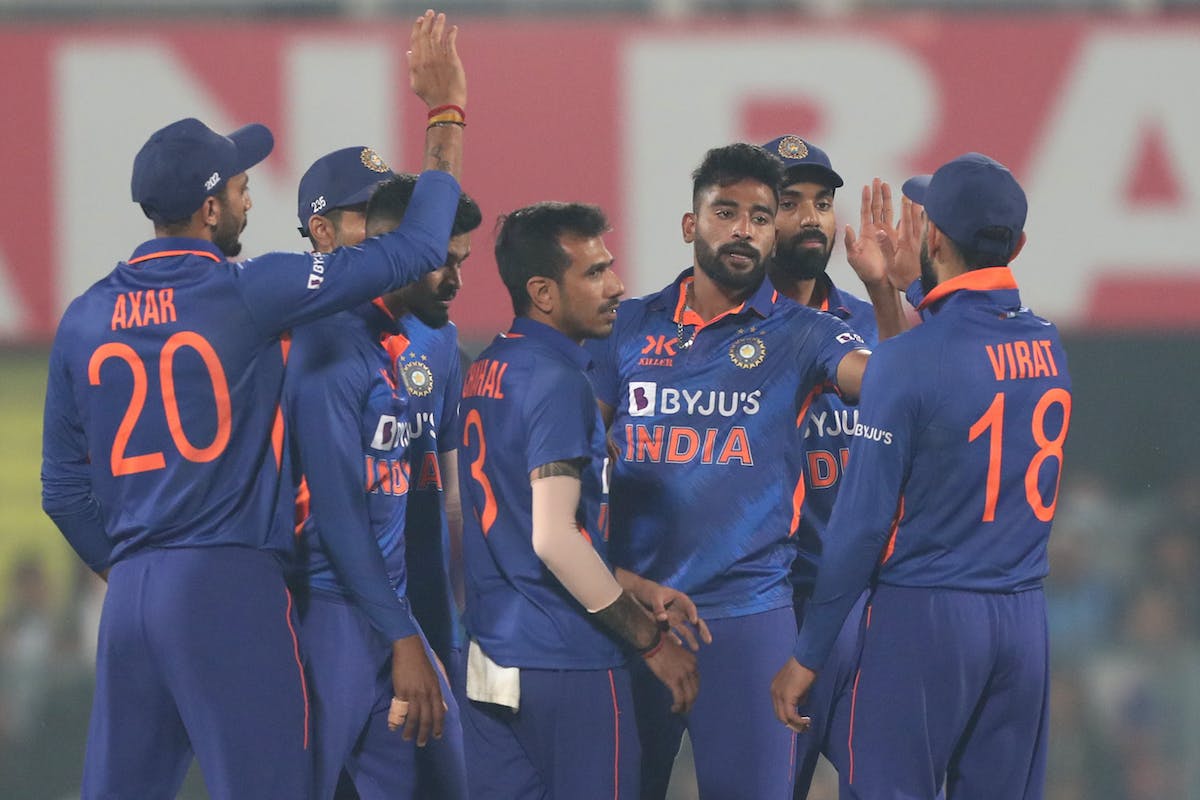 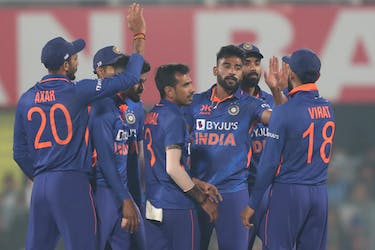 New Zealand and India will lock horns in the second ODI in Raipur on Saturday (January 21). India won the opening fixture in a last over thriller. That result suggests that New Zealand won’t go down in the series without another fight. Hence, we can expect another close encounter in round two of this three-match series.

Raipur will be hosting its first ODI, becoming the 50th venue to host ODI cricket in the country. The venue has not hosted any recognized form of cricket since the 2019/20 Ranji Trophy season. Hence, little can be said about the venue with conviction. It is one of the biggest cricketing venues in India so you can expect a lot of catches at the boundary ropes. 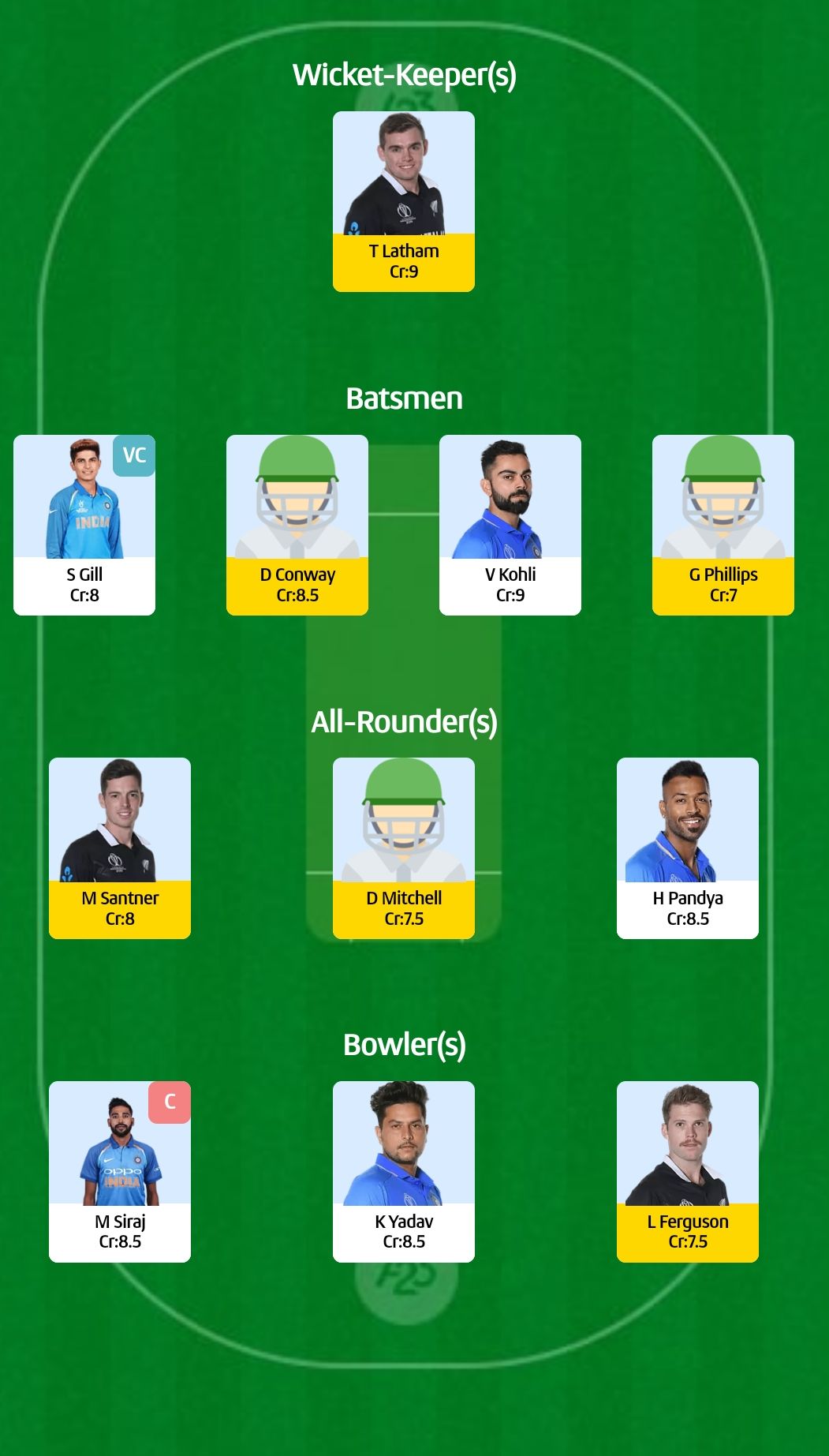 - Since 2022, Mohammed Siraj has been India’s best bowler in ODIs irrespective of the conditions. His tally of 37 ODI wickets is the highest for any bowler in the world representing a Test-playing nation and is 13 better than India’s next best.

- In a similar vein, Shubman Gill has been India’s best batter. With three hundreds, including a 208 in the first ODI vs New Zealand, Gill is the only batter to score over 1000 ODI runs since 2022. He averages 81 at a strike-rate of 112. More importantly, Gill has not shown any weakness in his game which lines him up to continue his good form.

- Since 2022, in ODIs, Kohli has six dismissals against spin in nine innings out of which five are from left-arm finger spinners. Mitchell Santner will be in play against Kohli, especially after dismissing him in the first ODI in Hyderabad.

- Henry Nicholls averages only 17.3 against left-arm wrist spin for three dismissals. Kuldeep Yadav has accounted for two of those dismissals, including one in Hyderabad, and will fancy targeting him again.

- Virat Kohli is always a great fantasy captain. His troubles against left-arm finger spin aside, he still has three tons in his last five ODI innings. A big innings is always around the corner for Kohli in ODIs and thus, you can follow the norm of making him your captain, which might earn you big bucks this time.

- Tom Latham loves India. He averages 62.1 against India, easily his best against any Test-playing nation in ODI cricket, including seven 50+ scores in 18 innings.

- Kuldeep Yadav has 12 wickets in last five ODIs. On the big outfield of the Raipur stadium, the wrist-spinner can add a few more to his pocket. 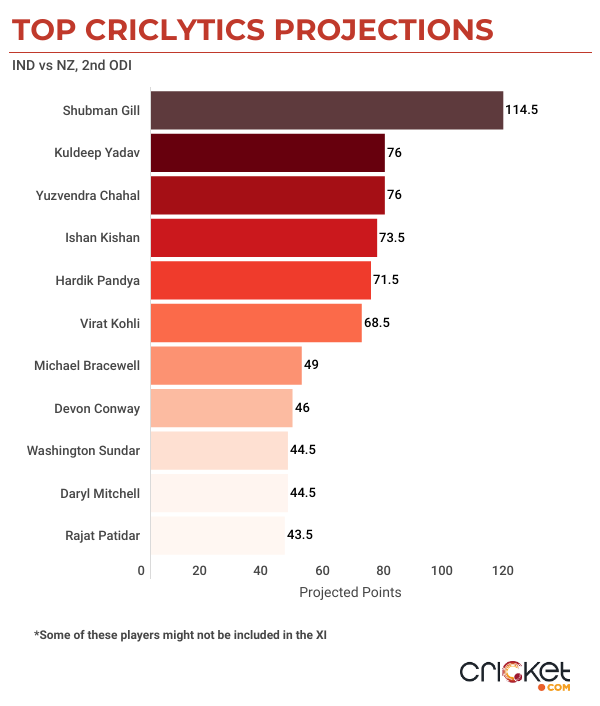