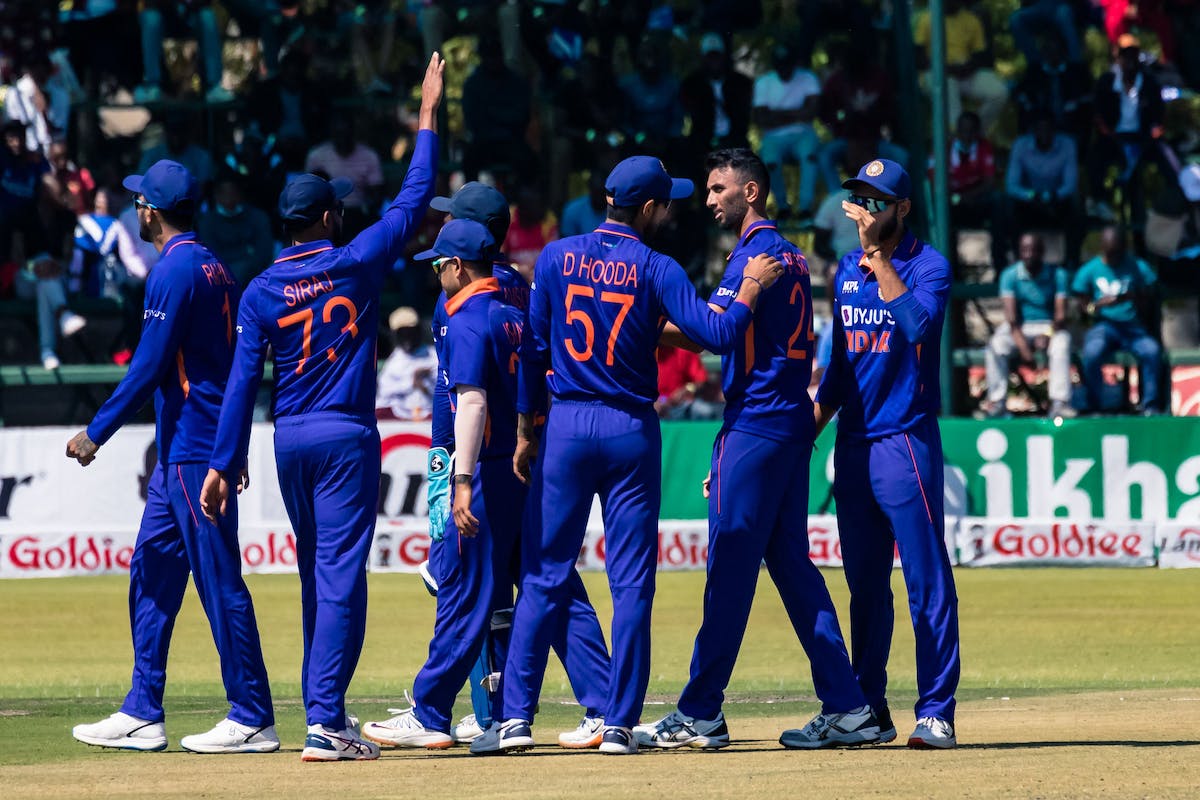 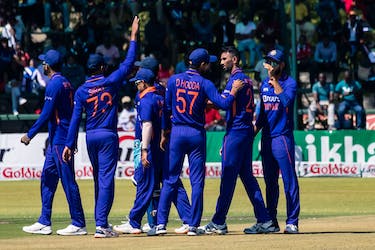 For the second game running, the visitors were barely tested as they steamrolled their way to a series win

On Saturday at the Harare Sports Club, however, it looked like Zimbabwe and India were adamant to prove that two days can indeed be exactly the same. For, nearly two-thirds of the second ODI was a carbon-copy of the first, minus the presence of Deepak Chahar and a few other minor tweaks.

Like in the first ODI, India skipper KL Rahul won the toss and opted to bowl. There was a flurry of wickets after an initial dry period with Zimbabwe, at one point, looking like they would get rolled over for a sub-120 score inside 30 overs. The hosts then got themselves to a half-decent score thanks to some lower-order resistance, post which the visitors knocked off the target.

Unlike the first game, India did not get over the line without breaking a sweat, but, nevertheless, despite the loss of a few wickets, the Men in Blue were barely tested. The five wickets were mere consolation for Zimbabwe.

2-0, series sealed. Job done for Rahul, who finally has a series win under his belt as skipper at the international level. 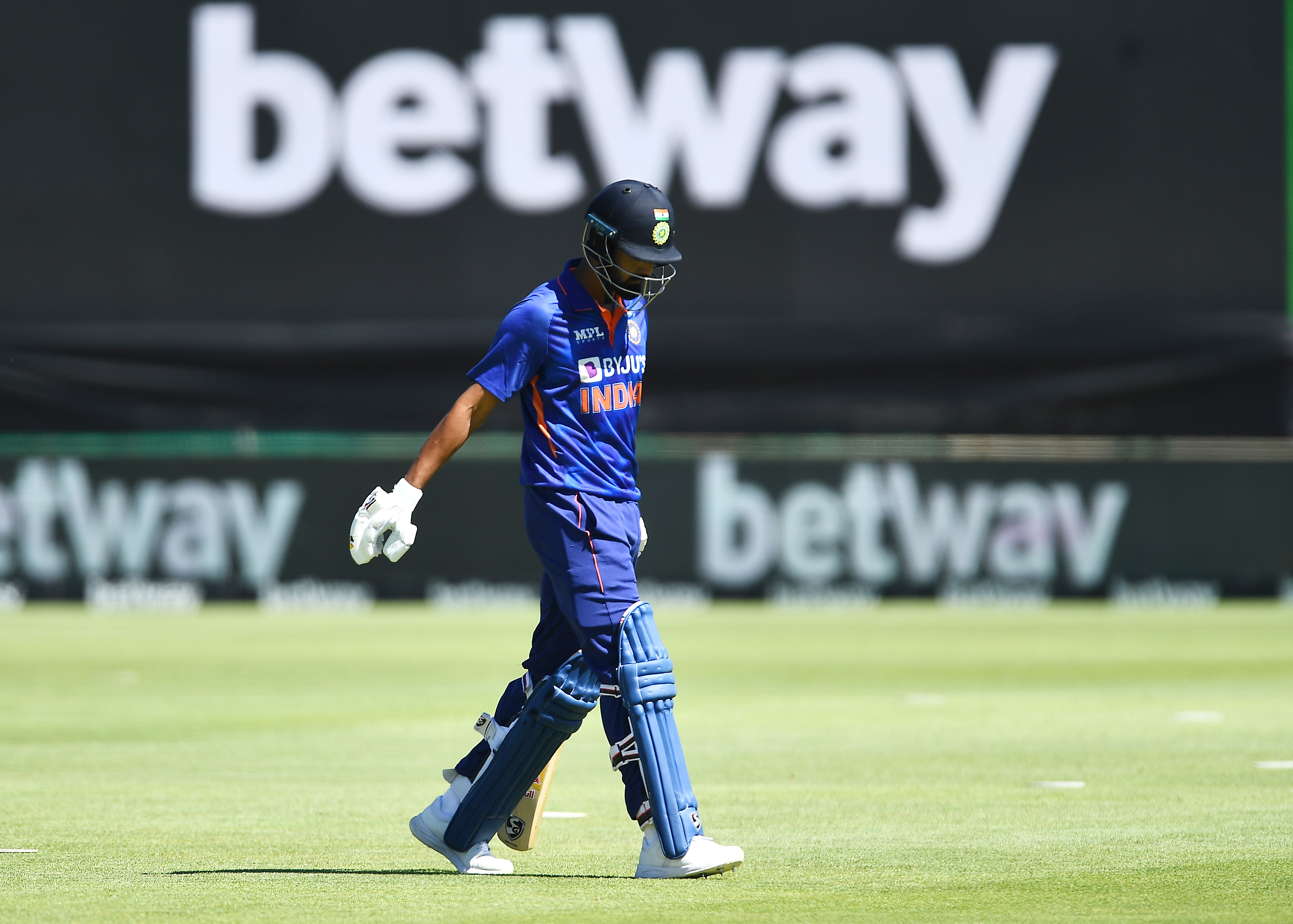 After initially not being named in the squad for the Zimbabwe ODIs, KL Rahul was added in the eleventh hour after passing fitness test. Though the series exclusively consisted of ODIs, the games were seen as valuable match-practice (read: batting practice) for Rahul ahead of the Asia Cup.

Two games in, however, things have not gone according to script for Rahul and the management.

The 30-year-old, in the first ODI, watched the entirety of the chase from the dressing room thanks to Dhawan and Gill knocking off all the runs by themselves. To avoid a similar situation, Rahul, on Saturday, promoted himself to open but to his dismay, the stand-in skipper found himself back in the hut after just 5 balls.

After a nervy start, Rahul was trapped plumb in front by Victor Nyauchi for 1; it was the kind of dismissal that cried ‘rust’.

The series might have been sealed already but with India set to take Pakistan in 8 days time, the management would be desperate for their talisman to find some rhythm in the third ODI. Given Rahul’s ‘warm-up’ has not gone according to plan, the visitors opting to bat in the final game — should they win the toss — looks like a given.

After sitting out the first ODI, Shardul Thakur got his chance in the second, after the management decided to rest Deepak Chahar following a satisfying outing.

Thakur’s spell was nowhere as eye-catching as Chahar’s in the first game, but the 30-year-old, nevertheless, continued to do something he’s been doing for quite a while in the 50-over format: take wickets, and take them in plenty, at a phase where India need them the most.

The right-armer, on Sunday, finished with figures of 3/38, making it the fifth consecutive instance in ODI cricket of him picking 2 or more wickets. He has now taken 12 wickets in his last 5 ODIs.

With the emergence of Prasidh and the renaissance of Siraj, Thakur might have fallen behind in the pecking order, but the Mumbaikar is ensuring to keep himself relevant by taking a boatload of wickets in every opportunity he gets.

Kuldeep Yadav — the odd man out 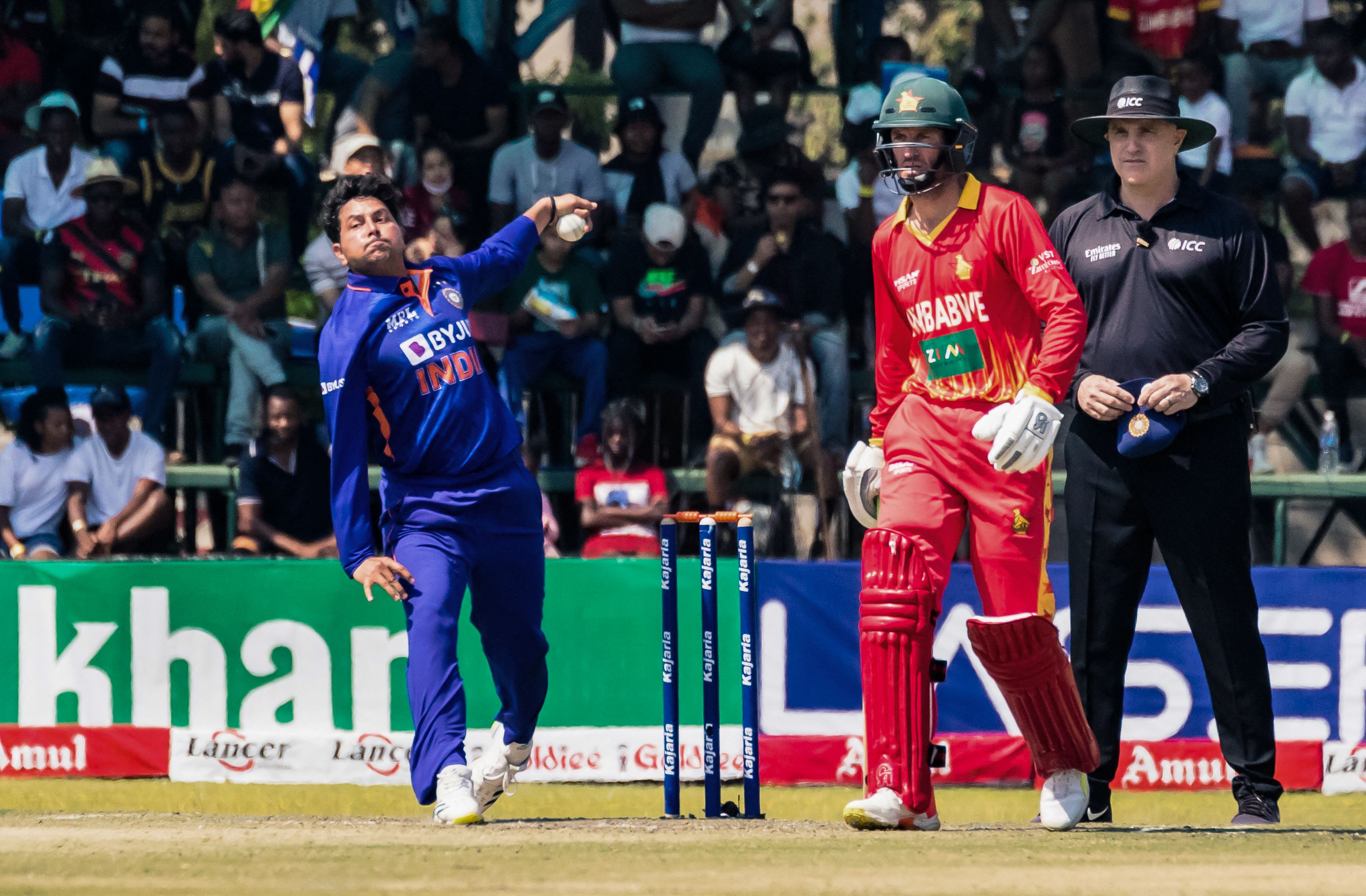 In a team sport, it’s never a great feeling for any athlete to be the odd man out on a good day. On Saturday, Kuldeep Yadav, unfortunately, was India’s odd man out in the bowling department.

On a day where pretty much no Indian bowler put a foot wrong with the ball, Kuldeep conceded 49 off his 8 overs, the only visiting bowler to concede over 6.00 in the game. His figures would have looked far ‘less-worse’ had he, like Prasidh in the first ODI, picked up a flurry of wickets but one wicket was what Kuldeep could manage.

The wrist-spinner was far from his best and got taken apart, in particular, by the left-handed pair of Ryan Burl and Sean Williams, who took 36 runs off him in just over 5 overs, striking two fours and a six.

So far this series, it’s been a contrasting tale for the two Indian spinners. While Axar has been all over the Zimbabwean batters — 4 wickets @ avg 11.00 and ER 3.03 — Kuldeep has endured a tough, luckless couple of matches, picking a solitary wicket @ 85.00.

Ahead of the series, we looked at how Kuldeep was one of two players who, across these three games, had little to gain but lots to lose. Things have not gone according to plan for the 27-year-old so far, and he is in desperate need of a sparkling showing in the final game.