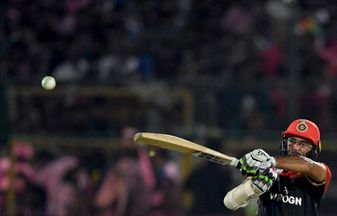 Royal Challengers Bangalore look to end their four-match losing streak as they take on a strong KKR side at Chinnaswamy.

To say that Royal Challengers Bangalore have been struggling would be an understatement of epic proportions. The side, despite being led by the top batsman across formats in cricket, have been struggling like no other. With the side’s worst-ever start to the IPL, they go in now to play against one of the stronger sides in the league, the Kolkata Knight Riders.

RCB go into their latest game on the back of four consecutive losses. With a team that on paper should not just be winning matches, but easily, their consistent and constant failures are difficult to understand. Off their latest drubbing by the Rajasthan Royals, RCB will have some key failures to address ahead of their match against the Knight Riders. 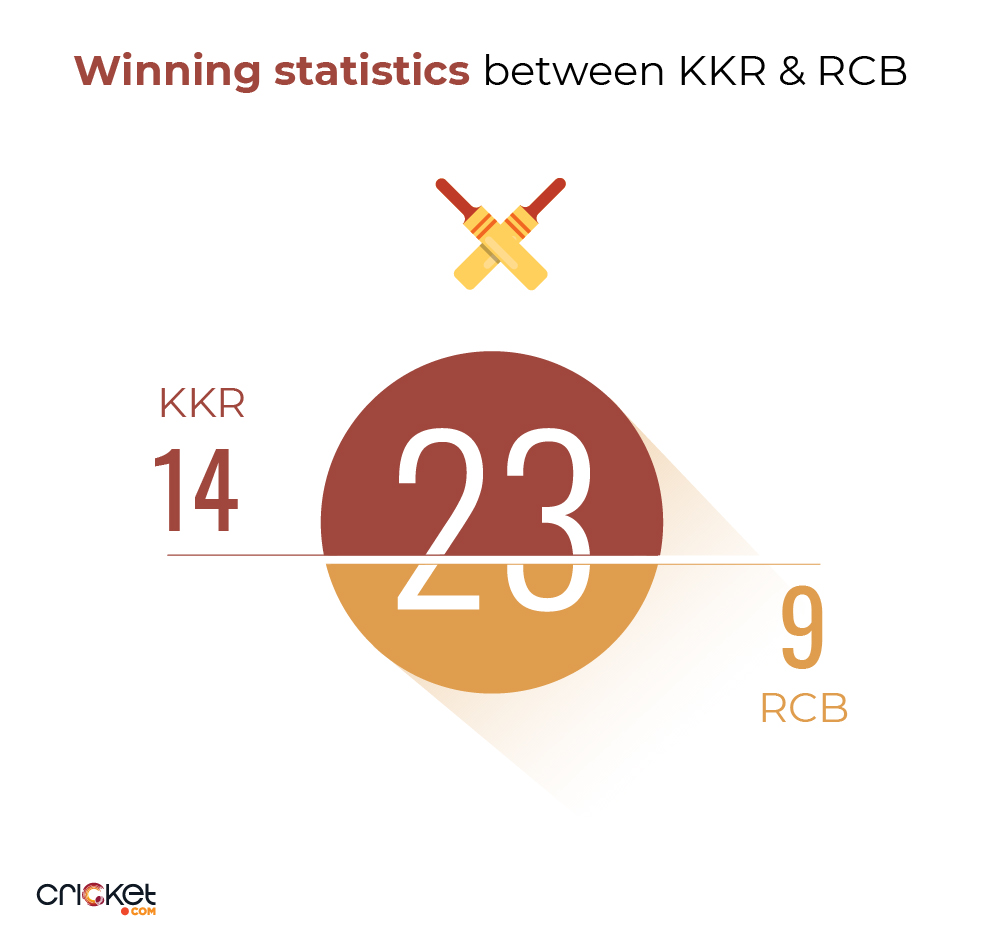 What their performance at the IPL so far demonstrates is that in every match they have played so far, the Royal Challengers have had at least one department let them down and lead directly to a loss.

While at the match against Chennai, it was their batting department that failed, their bowlers could have been better against Mumbai. Their performance against the Sunrisers was poorest of all, with batting and bowling both failing completely, while their match against Rajasthan was lost in large part by sloppy fielding, particularly the dropping of crucial catches.

One key issue with RCB’s batting overall has been their rotation of the opening pair. Parthiv Patel, the only standout performer for RCB at their match against Rajasthan, has opened the batting variously with Virat Kohli, Moeen Ali and Shimron Hetmeyer, meaning that they face the lack of a set pair at the top of the order: crucial especially when chasing as significant a total as they did in Match 3 against the Sunrisers.  Hetmyer in particular was successful in the top order in the Caribbean Premier League, going at 9 RPO, although he has been unable to replicate that success in his innings in the IPL so far.

However, among the batsmen that RCB have tried as an opening combination so far with Patel, Virat Kohli (6.66), AB de Villiers (7.34), and Moeen Ali, it is Hetmyer who has the highest net run rate in the powerplay. Although his performances so far have not been particularly inspirational, it is still wise for RCB to play Hetmyer to open against Kolkata at the Chinnaswamy: 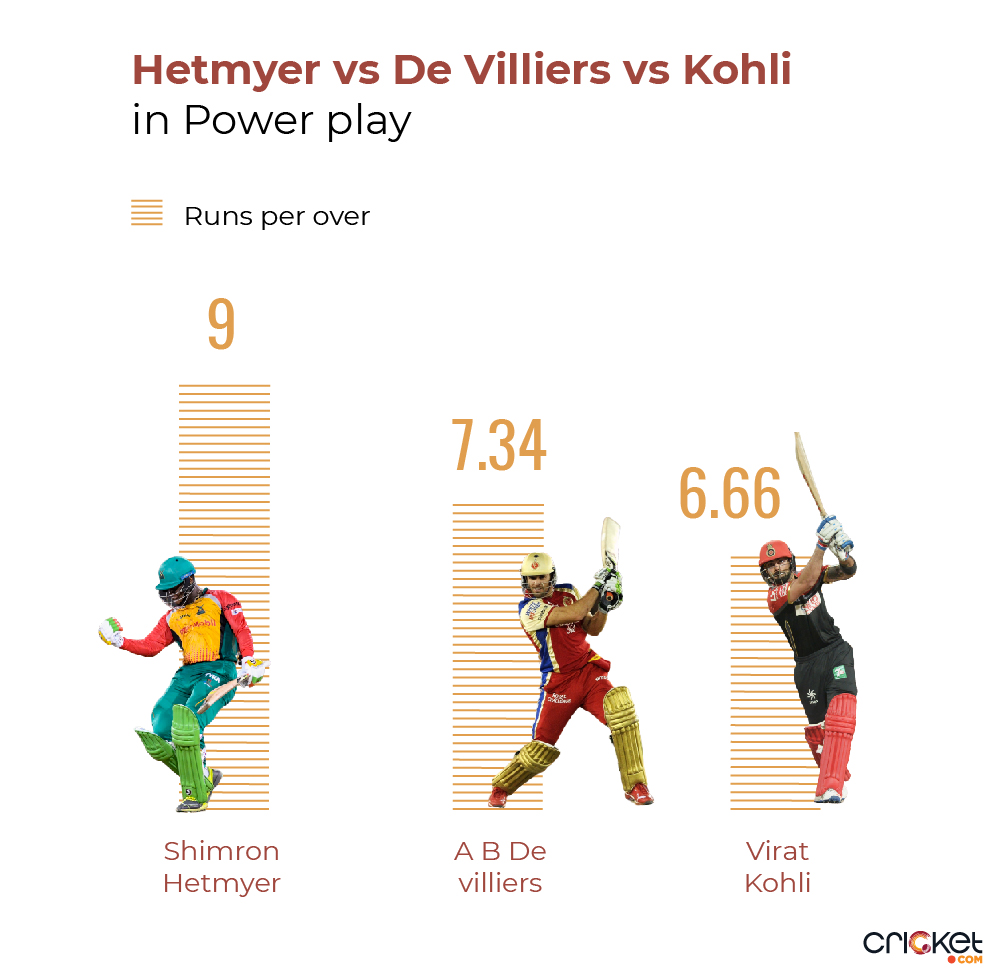 Hetmyer, particularly, was very strong against pace in the Caribbean Premier League, going at 10.08 runs an over against quicks. He particularly enjoys batting against medium seamers, against whom he goes at a staggering 11.57 runs an over. Enter KKR’s star bowler, Prasidh Krishna: a medium-fast bowler. Kolkata are most likely to bowl him upfront at Chinnaswamy, given his performances and his familiarity with the ground. Even against fast seam, Hetmyer goes at 9.75 runs an over - higher than RCB’s power play run rate - making him useful to open the innings this time round. Their opening spin option is likely to be leggie Piyush Chawla; against leg spin, Hetmyer averages 8.38 runs to Patel’s 6.17. Although he has had a lacklustre run of form so far, conditions make a stronger case this time for Hetmyer to open the innings with Patel. 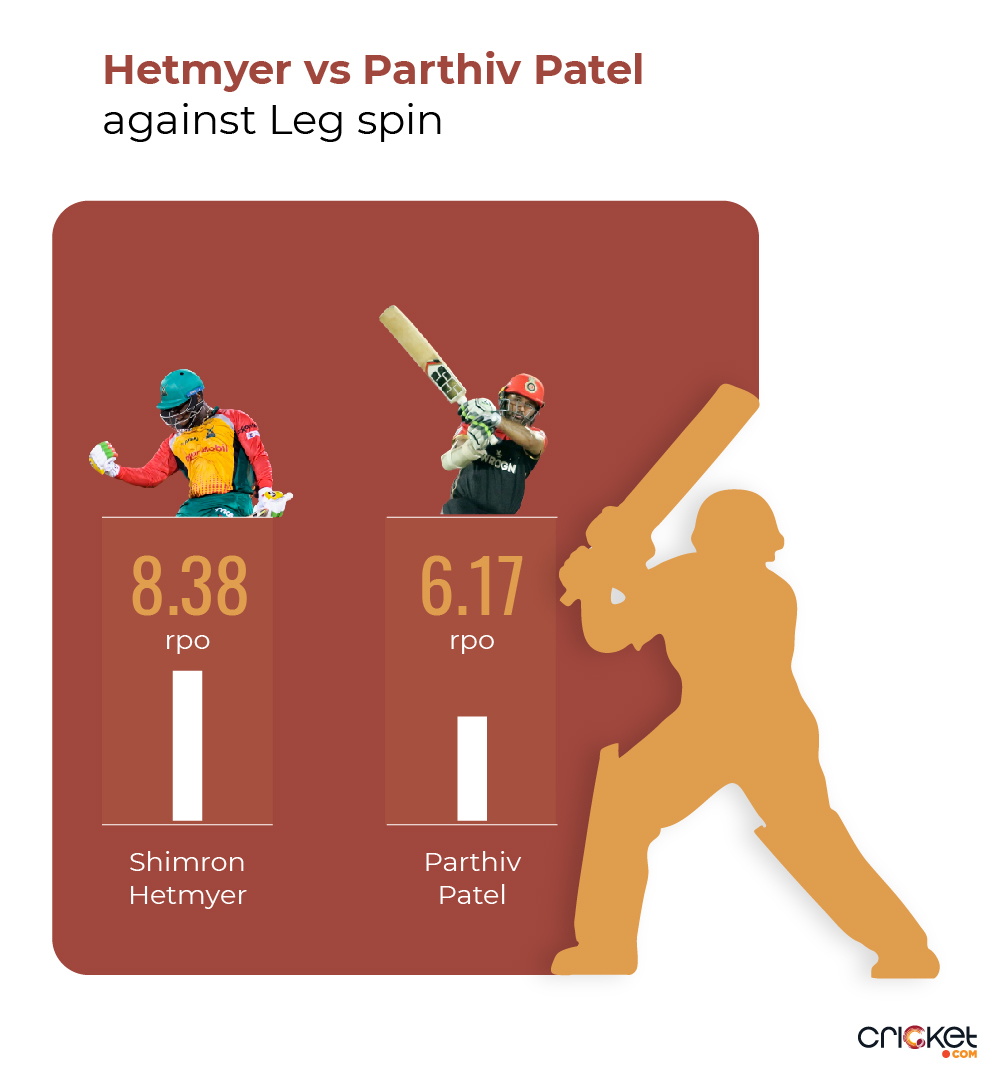 What let RCB down most in their match against Rajasthan was their fielding department. With as many as four dropped catches – each of them players who went on to consolidate Rajasthan’s innings, this is something that Bangalore will need to expressly work on if they are to restrict an opposition. In a smaller ground like the Chinnaswamy, fielding will be of particular concern for both sides.

RCB’s average run rate in the powerplay overs in the 2018 season was a middling to poor 8.2 runs an over; that, this year, four games in, it is at 6.50 runs an over in the earliest phase of the innings. For a team struggling to consolidate after consistently bad performances, this is a glaring issue that they will need to address. But where they are perhaps worst are in the middle overs, where the team averages 5.85 runs an over and loses most of their wickets. Hetmyer was meant to overcome that problem, but in four matches so far has scored a sum total of 15 runs. Bought at 4.2 crore at this year’s auction – 8.4 times his base price, Hetmyer has been the most disappointing of the team’s overseas purchases, despite having carried his CPL team, the Guyana Warriors to the finals last year.

RCB have at their disposal the services of Nathan Coulter-Nile and Tim Southee, either of whom could come in as an overseas player in place of Hetmyer. RCB have among the poorest death-overs economy rates, last year making the bottom of that table as they gave a staggering 11.65 runs an over at the death. Death bowling in particular has been a howler for the Royal Challengers, and former death overs specialist Southee could be roped in.

However, Nathan Coulter-Nile is a significantly more economical bowler at the death for the side, going at 9.50 runs an over in the death; while not particularly economical, more so than the other bowling options RCB have available to them at the moment.

Given that a recent statement from skipper Kohli suggested at “major changes” within the RCB squad, a significant rotation – a handful of changes in the playing XI could well mean the difference for a side that is now grasping at straws to stay alive in the league.

Using our Criclytics engine, you can find accurate simulations and predictions for every part of the game, from start to finish.