Suryakumar, Pandya and Kohli in ICC T20I Team of the Year 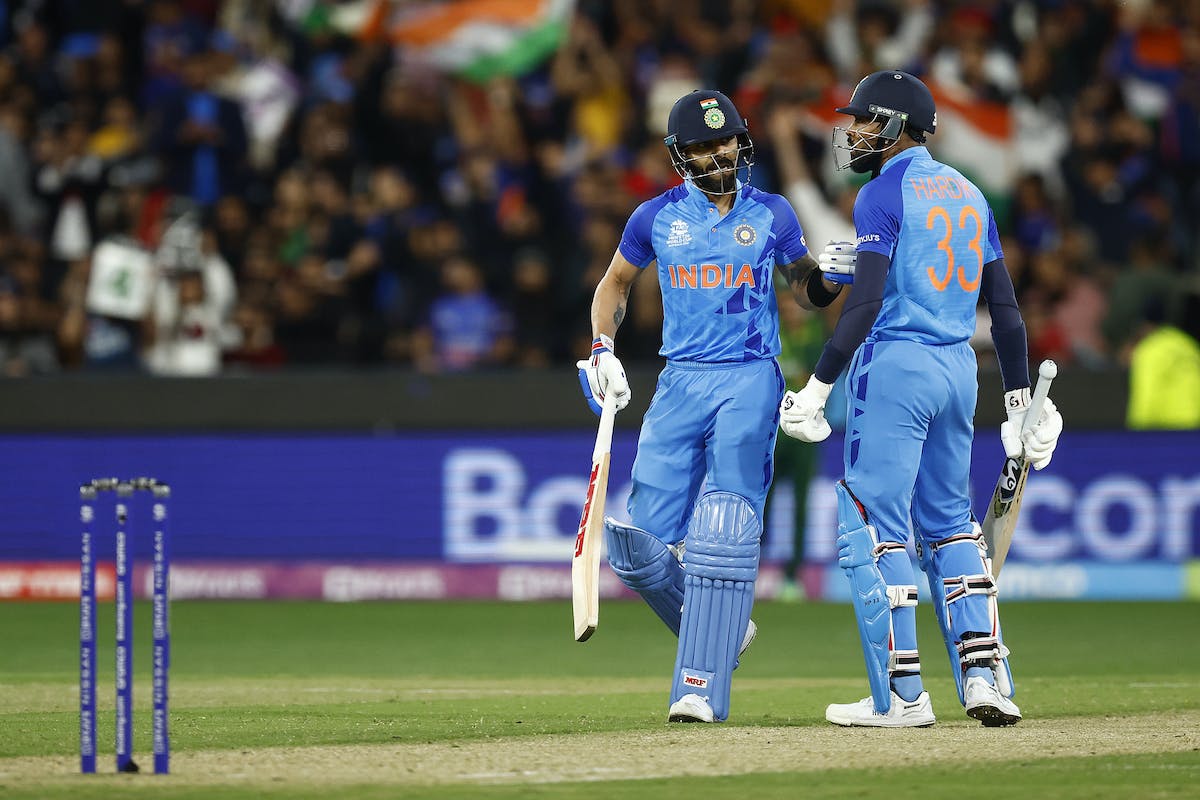 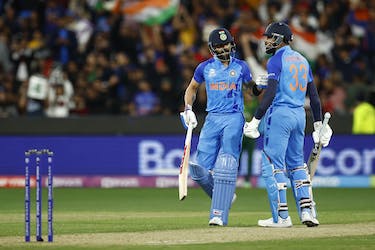 Suryakumar, Pandya and Kohli in ICC T20I Team of the Year

The International Cricket Council revealed the T20I Team of the Year with Virat Kohli, Suryakumar Yadav and Hardik Pandya featuring in the XI from the Indian side.

While Suryakumar is the number one batter in the shortest format, former India skipper Kohli has been the standout batter for the Indian side smashing 276 runs in five innings of the Asia Cup, including his first T20I hundred against Afghanistan in the final league game.

The right-handed batter continued his sublime run with the bat and smashed an unbeaten 82 against arch-rivals Pakistan in front of a capacity crowd at the Melbourne Cricket Ground in the opening clash of the T20 World Cup.

The team also includes all-rounder Hardik Pandya, who showcased immense skills with bat and ball during the world event. While he was at the other end with Kohli, rebuilding the Indian innings at MCG, the 29-year-old smashed a 33-ball 63 in the semi-final clash against England to help India post a modest total on the board. 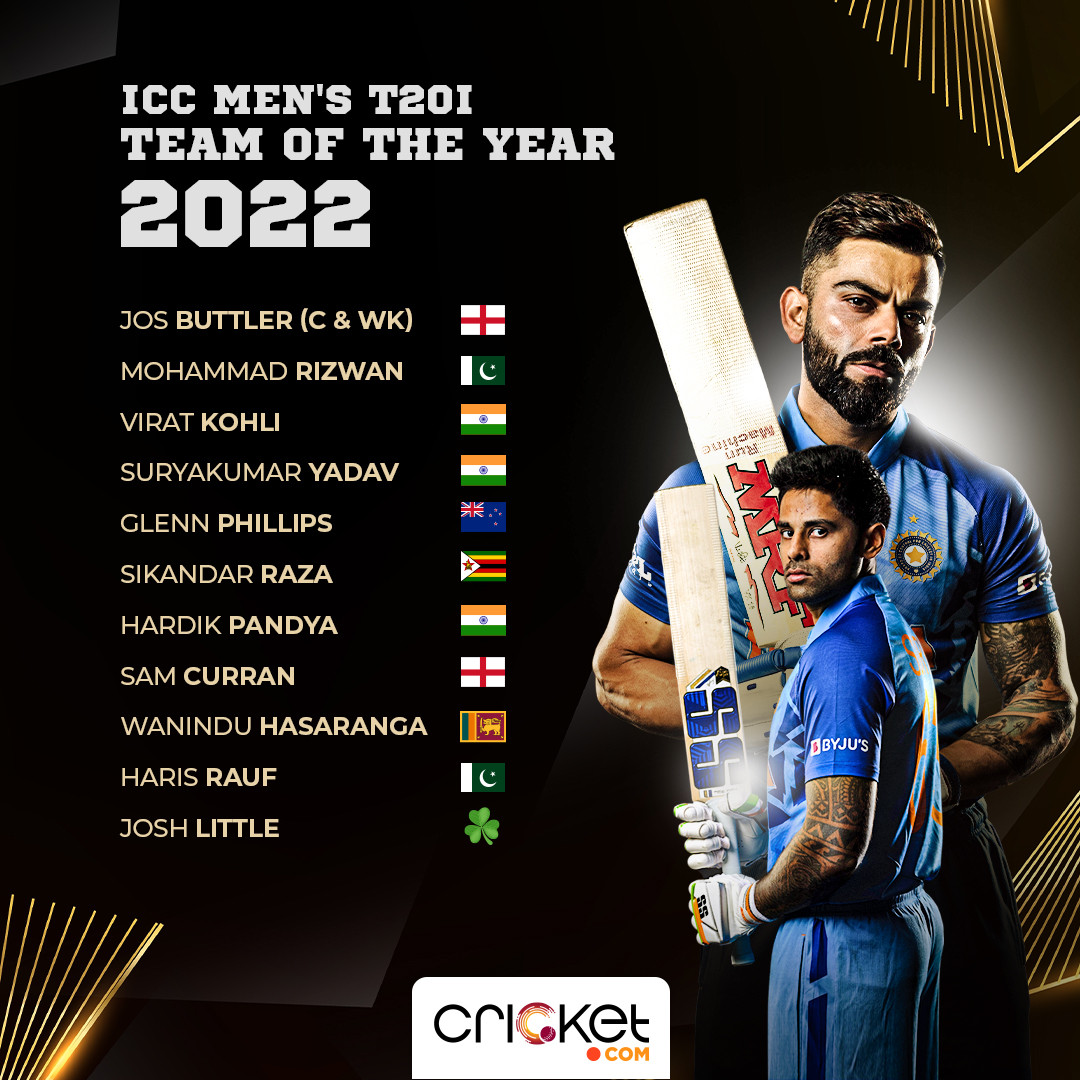 The squad will be led by Jos Buttler, who powered England over the line in the summit clash of the World Cup and also includes Sikandar Raza and Josh Little from Zimbabwe and Ireland, respectively.

The ICC also announced the women's Team of the Year, with four Indian players headlining the side, including Indian vice-captain Smriti Mandhana. The southpaw, along with Deepti Sharma, Renuka Singh and Richa Ghosh, will be part of the side led by New Zealand all-rounder Sophie Devine.

Mandhana was the fourth leading run-scorer in the shortest format in 2022, with 594 runs at an average of 33 and a strike rate of 133.48, including five half-centuries.

Another player who has taken world cricket by storm is wicket-keeper batter, Richa Ghosh. The right-hander smashed 13 sixes in 2022 and scored at a strike rate of over 150 to often power the Women in Blue to a massive first innings total or chase down targets. 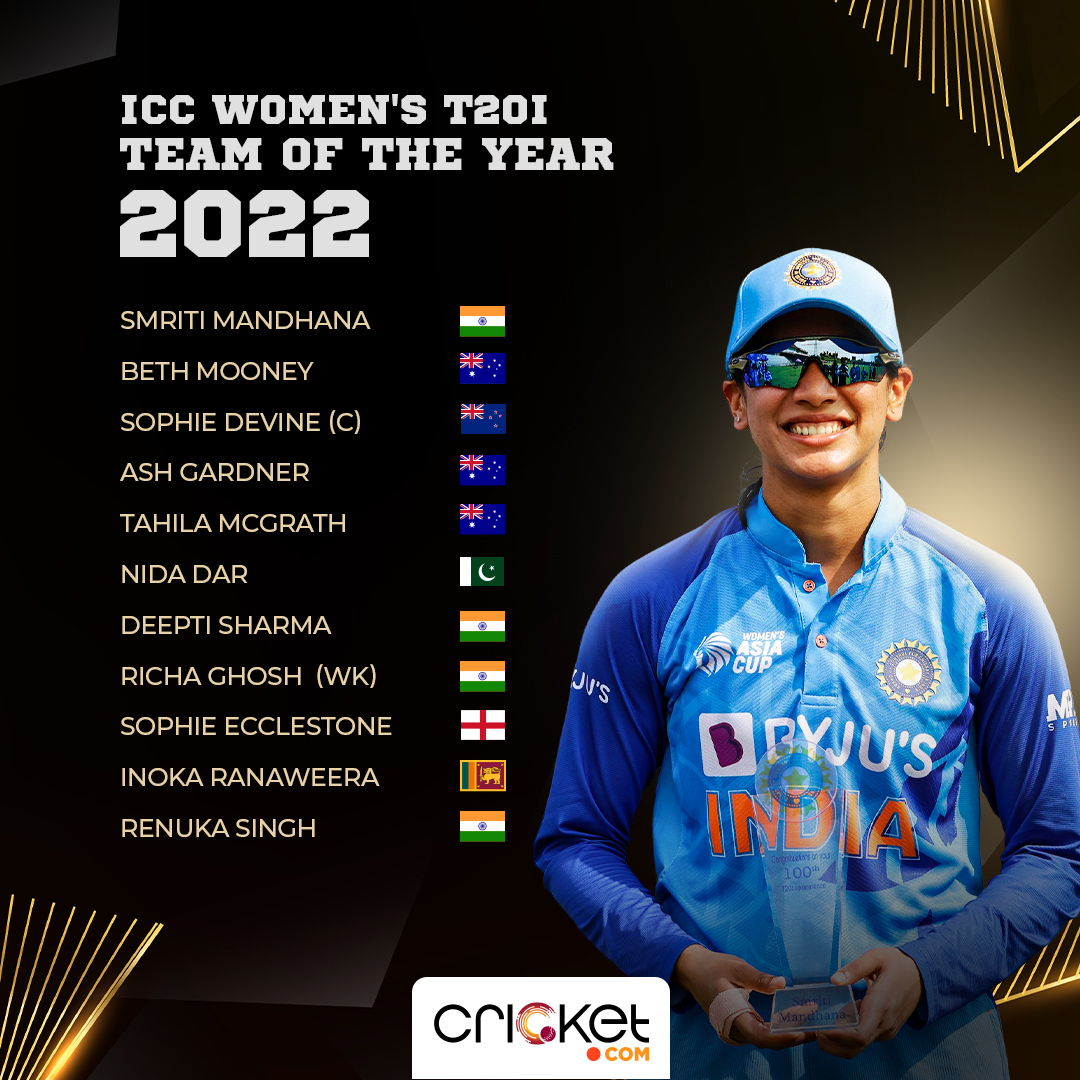 Along with the duo, Deepti Sharma will lend balance to the side with her all-around abilities as she scalped 29 wickets last year along with 370 runs with the bat at an average of 37. The 25-year-old was named the Player of the series in the Asia Cup and will be one of the key players for the Indian side in the T20 World Cup in South Africa.

The Team of the Year has another Indian player in the ranks, with emerging fast bowler Renuka Singh making it to this list due to her exploits with the new ball.

The right-arm pacer scalped 22 wickets at an economy rate of 6.5 runs per over in 2022 and was the standout performer for the Indian team in the Commonwealth Games.

Apart from these four players, the XI includes Beth Mooney, Ash Gardner and Tahlia McGrath, along with Sophie Ecclestone, the number one bowler in women's T20I.