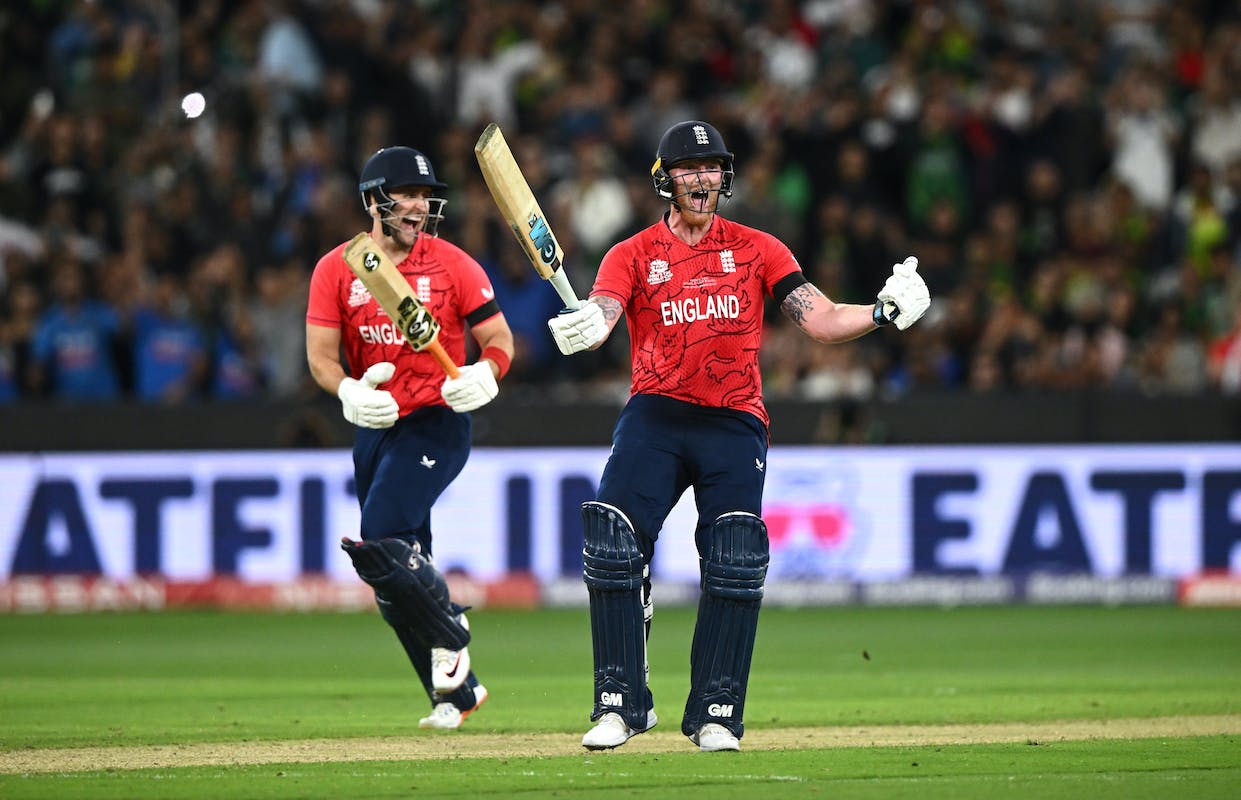 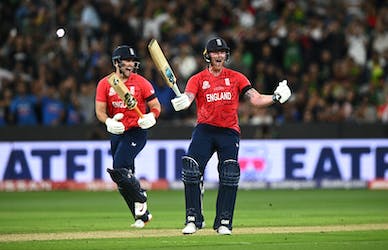 England are no longer one of the best, they are undeniably, the best

Chennai Super Kings, Mumbai Indians, India and now England. What do they share in common? All of them held two white-ball titles at one point simultaneously.

2014 – India – won the ODI World Cup and the Champions Trophy

Interestingly, when we talk about legacies and kingdoms, we often refer back to these teams and how they were largely successful across competitions at once. And, we all know how this England team was built. It certainly wasn't overnight, it is over seven years, multiple coaches and plenty of tactics later that England are a white-ball kingdom. 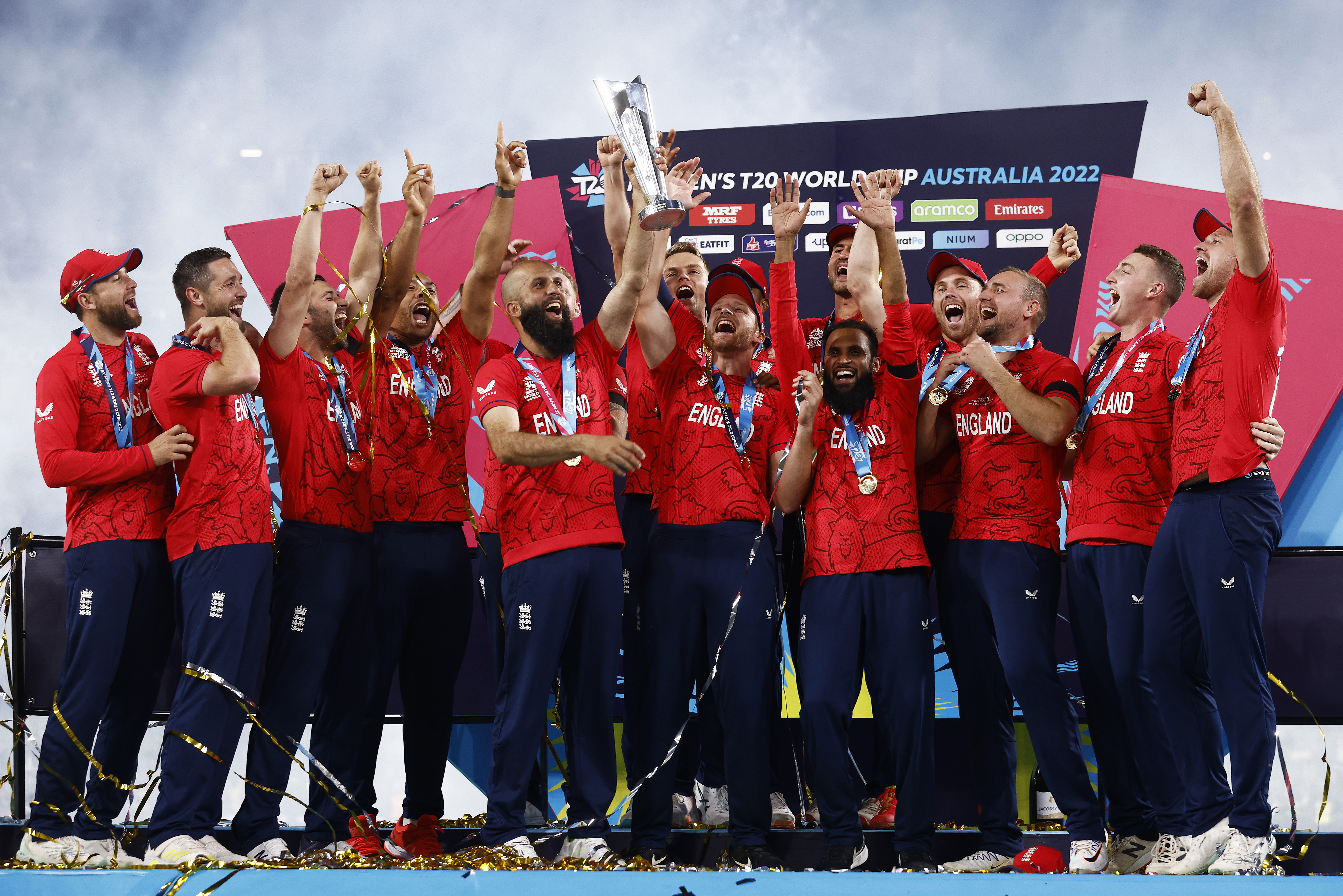 Unlike domestic cricket, an international title is worth its weight in gold. Especially when teams are struggling to win one. Never has a team held the ODI World Cup title and the T20 World Cup title together.

When Sam Curran lifted the Player of the Tournament award, it was history in the making, for multiple reasons.

“It has been a long journey and few changes but we are reaping the rewards of how we have played in the last few years. It's been a fantastic tournament,” said an honest Jos Buttler at the post-match presentation.

It was England’s third white-ball title, their second in three years, and perhaps the most important one of all. When Matthew Mott took over as the head coach of this talented crop, the start was far from what he would have anticipated.

After losing against South Africa and then India, there was already discussion on whether they are having a good white-ball setup, or whether Jos Buttler was the right person to lead this team. Later, leading into the World Cup, there was once again an argument of whether Ben Stokes was a forced fit.

Three weeks later, Stokes is a T20 World Cup winner, completing an entire circle, one that started with him conceding four consecutive sixes against Carlos Brathwaite in Kolkata back in 2016. No one saw the arc coming, no one saw Stokes being this influential against Pakistan in the final. 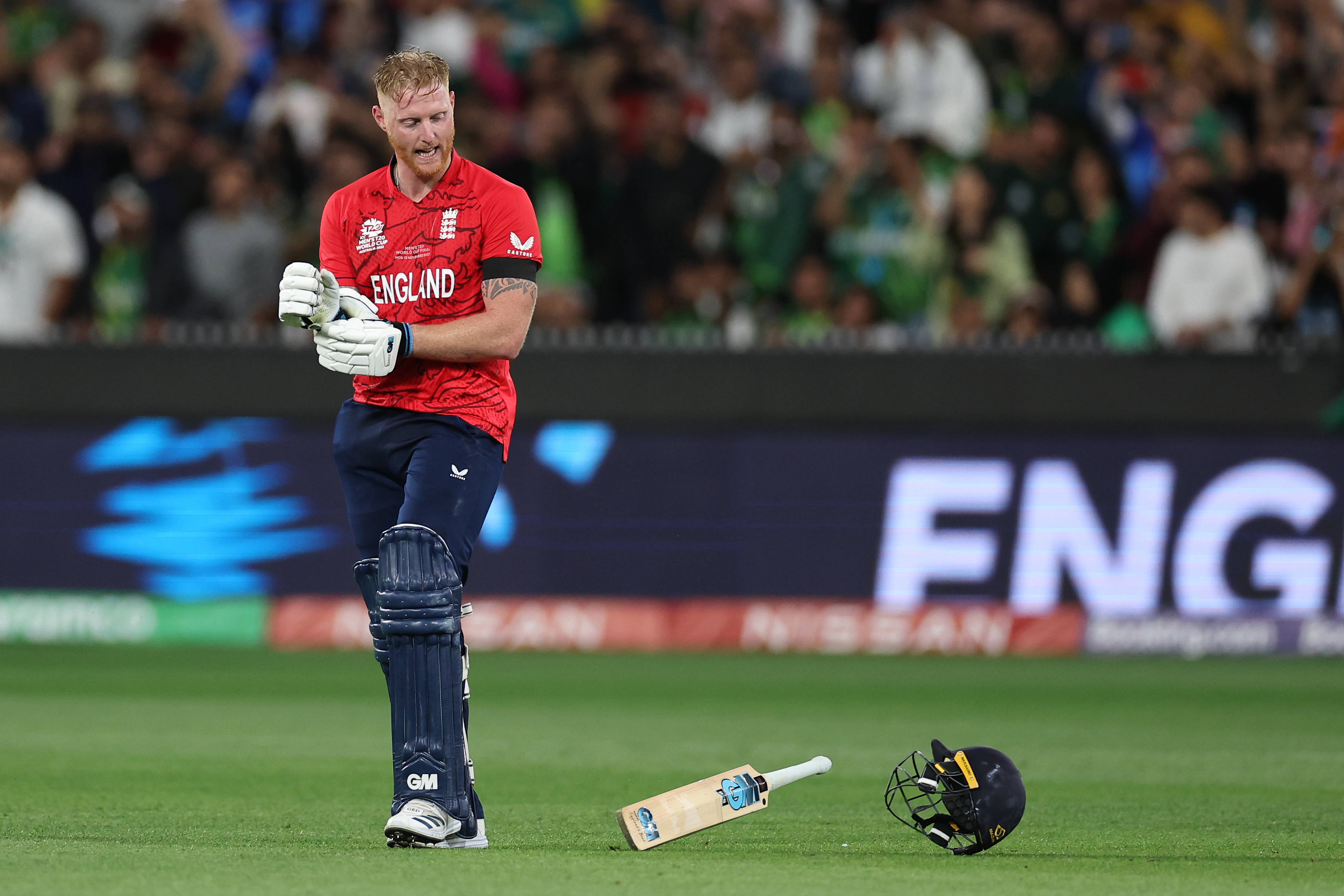 But for a data-driven team to take such a decision, it could have easily backfired.

On Sunday (November 13), Stokes was batting on three off eight balls. It wasn’t too far off from his knock earlier against Sri Lanka. It wasn’t far off from all our predictions about how England’s headache of fitting Stokes into the setup is going to be. But it was definitely far away from all our data-driven analysis, that there was someone with that aura, immeasurable at its best, putting England in the driver's seat.

At one point, the left-hander was almost on the verge of breaking down mid-pitch, like how Aaron Finch went, “Oh my god.” But this is Stokes. Even when he wasn’t at his best form, even when he was playing his least good format, there was a fear.

A fear amongst the Pakistani fans that he would take the game away from them. England, on the other hand, had always backed Stokes. If cricket ever had a situation of going on a war, the all-rounder would be one of the first names that they would take alongside them. Stokes’ aura, charisma and big-match mentality is unmatched.

5 off 10, it might not be too wild to assume that Stokes would have had flashbacks of the 2016 T20 World Cup final. He had conceded four sixes, he was on his knee and literally, breaking down in tears. It was that stage yet again, Harry Brook at the other end was a goner. 84/4.

Stokes was draining delivery after delivery. Every camera was pointing towards him, Pakistan were slowly clawing their way back into the contest and boom. Look, if you had one shot or one opportunity, to seize everything you ever wanted in one moment, would you capture it or let it go? 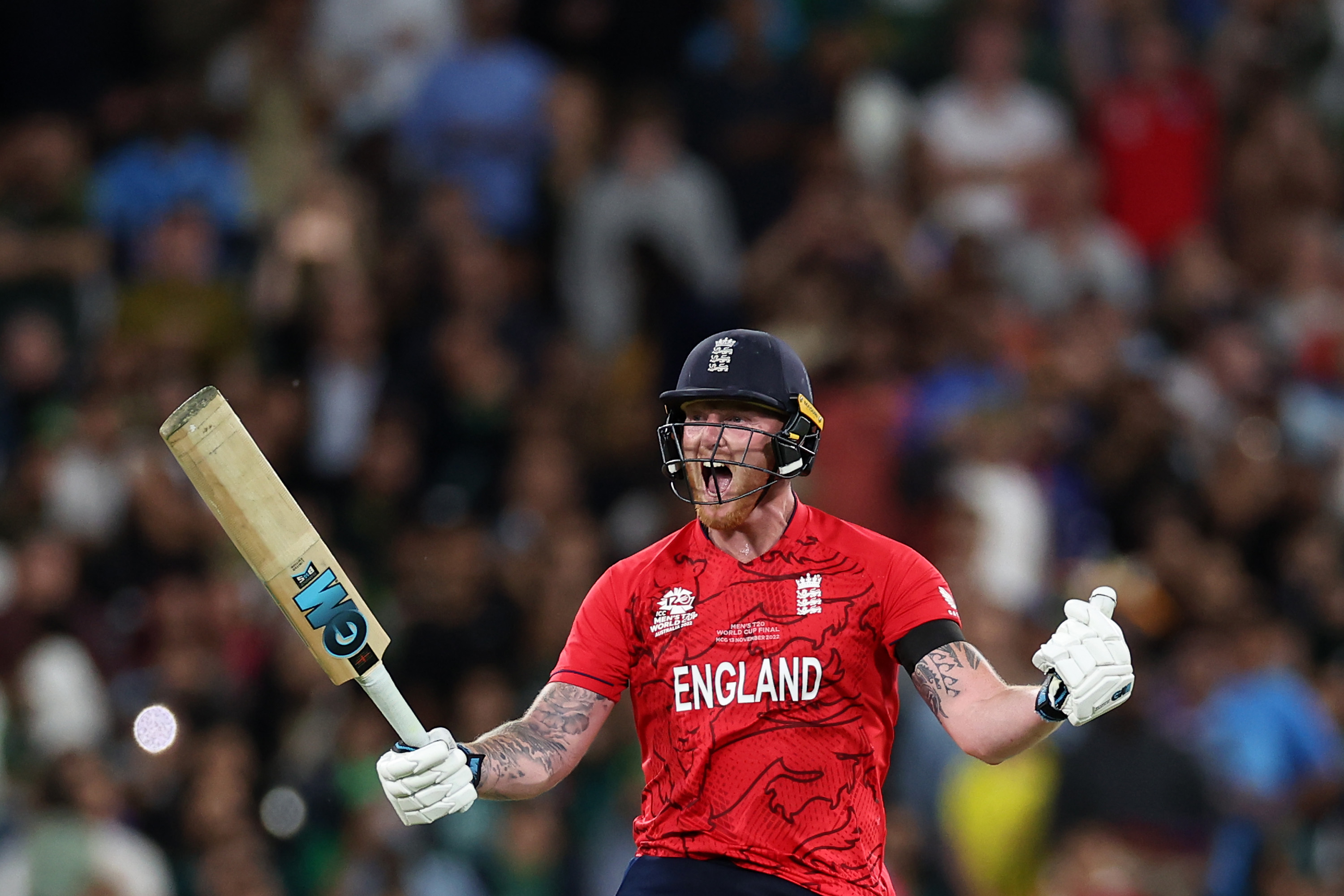 That’s when Stokes lost himself and Pakistan lost the game. The big-match player that Stokes is, he seized the opportunity and handed the opposition a masterclass of a knock.

You could see how much it meant to him, the roar, the big smile and the sweat on his back, it showed redemption is both sweet and sweat. Stokes seized the moment, in history, as he walked back unbeaten on 52, scripting history.

Data might mean something, but in this case, not everything.

All the talks of Stokes are surreal. But there is a bigger arc. Remember the 2021 T20 World Cup, when England crashed out of the semi-final stage of the competition against New Zealand? Do you remember the squad they had? They had one name missing: Sam Curran.

Cast your mind to what happened prior to the tournament, an injury not just ruled him out of the tournament but took away an opportunity for him to seize the moment. But 2022 presented another opportunity. And when life presents the second opportunity, you just got to do a Sam. He took it with both hands.

Even if it meant bowling the tough overs. Even if it meant that leaking runs at the death could backfire immensely. Curran was the go-to-man for Buttler during the competition. Remember the war analogy, if there was a second person that they would take to war, it should be Curran. 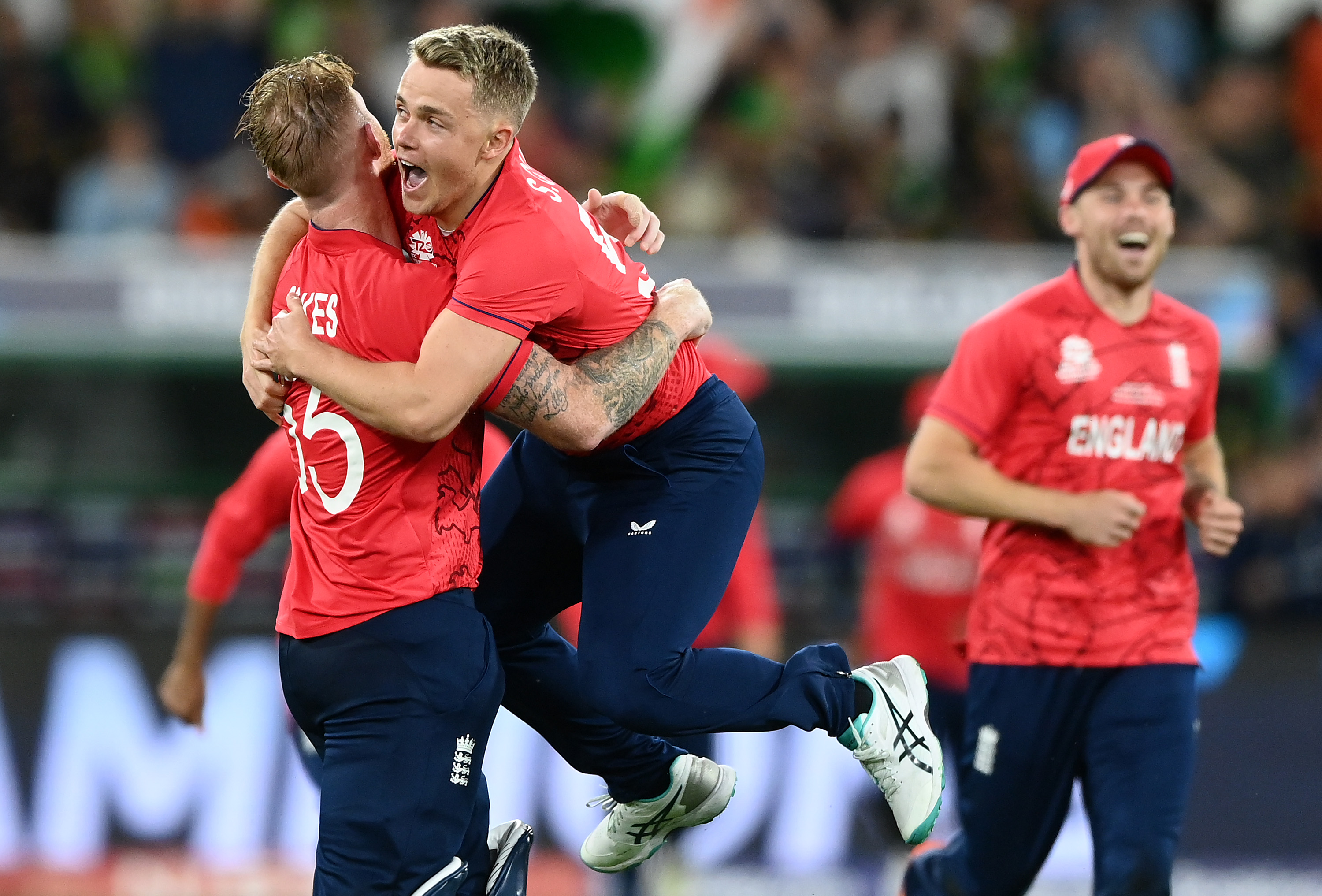 The wicket was tricky. Leading into the final, most of Curran’s overs were in the middle-overs or at the death. But when Buttler called him to bowl in the powerplay, against Mohammad Rizwan, it was a challenge that was familiar to him but one hadn't done it in some time. Prior to this innings, Curran had bowled just five overs in the powerplay.

But when put in a fix, to get Rizwan out, he answered in brilliant fashion. Across his first two overs, the left-arm seamer conceded just five runs, picking up a crucial wicket. It almost broke Pakistan’s back.

If that didn’t, he came on later to pick up two crucial pegs – Shan Masood and Mohammad Nawaz. For someone who is playing his first T20 World Cup, Curran was probably tasked with death at the death. Geddit? But on every occasion, including the final, he came out on top.

Prior to this encounter, his economy was 7.3 at the death, having picked up seven wickets. It is almost poetic that England already have a steady option in the form of Curran to replace Stokes, as a batter even. It certainly addresses the elephant in the room – the talent pool and the backing.

Why can’t the other teams replicate?

There was a lot of hurrah near the English dressing room. The players were getting ready to run onto the pitch and take a piece of the memorabilia – the stumps. But the first to run was Adil Rashid. Rashid is 34, he is perhaps on the last leg of his T20I career, considering how his form has been.

But that’s where there is a fine balance between trusting and trusting too much. CSK have been guilty of trusting players far too long in the past but when these kinds of decisions, tactical acumen work off, it is as good as gold.

Rashid’s form was patchy. Patchy is perhaps more than a fair assessment of how he has bowled over the last few months. Ever since his return to the international scene, his form has seen a major dip and his overs, arguably have turned as tricky ones for the team. 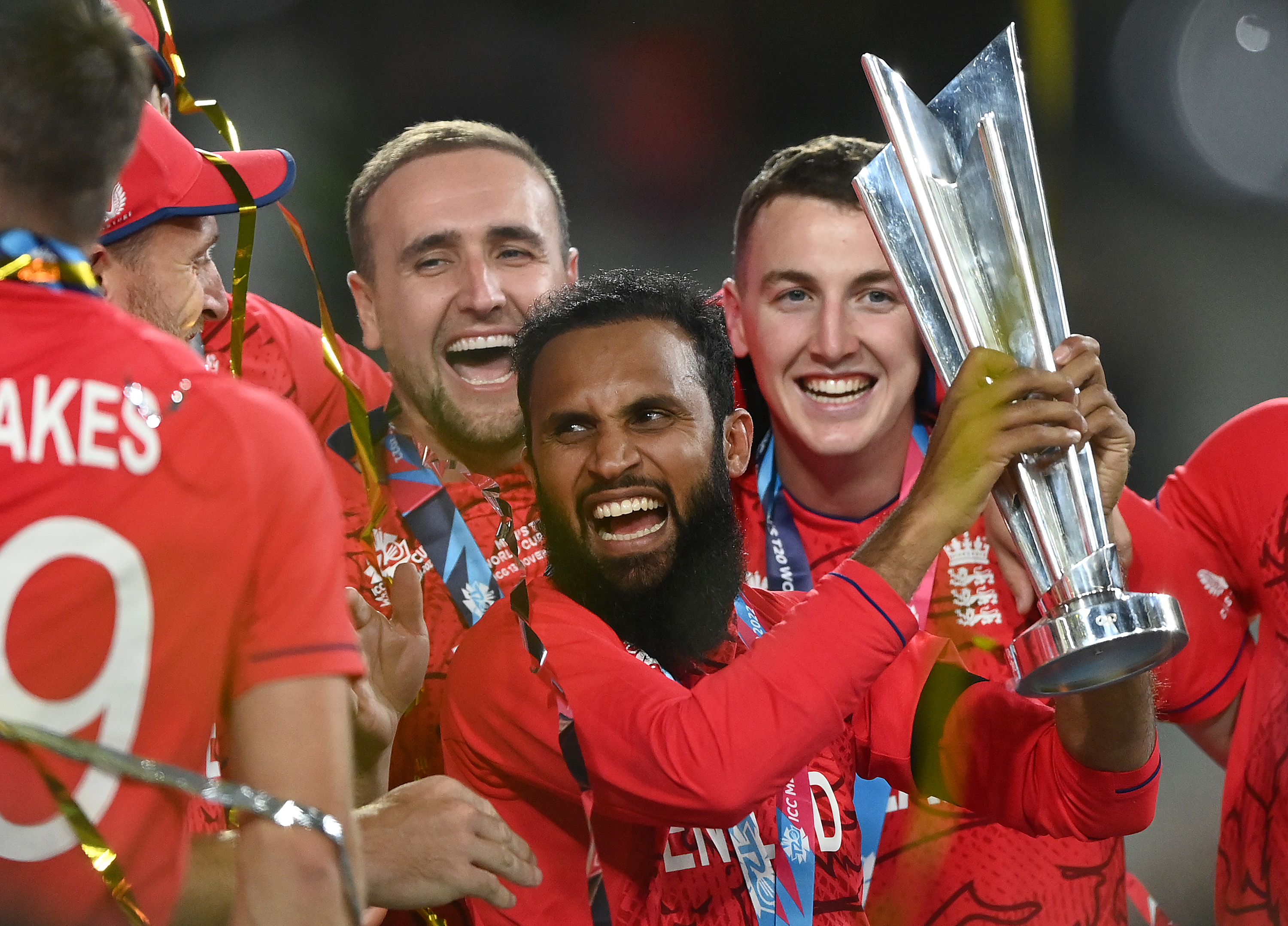 That’s where Buttler the captain deserves all credit. That’s where Stokes, the man who soaked in all the pressure deserves the credit. Both of them, on either end of the clash, pointed out at Rashid’s spell, at how he has bowled in the clash that has turned the tide.

“Sam and Rash, it was huge reasons that we didn’t feel a lot of pressure during the run-chase. I never felt like it was out of our hands at all, wanted to stay till the end,” commented Stokes.

It is easy to forget. The wickets of Mohammad Harris and Babar Azam at those crucial points in the contest arguably changed the tide of this fixture. Rashid, the big-match player, was yet again on point.

If you had gone by the data, he was a man on the decline. But England backed him, and backed him to the hilt, that they are reaping the rewards. Data certainly drives the game but sometimes, some players can’t quite be defined by that logic.

Today was an example.