India meet a stiff task in creating the ODI blueprint 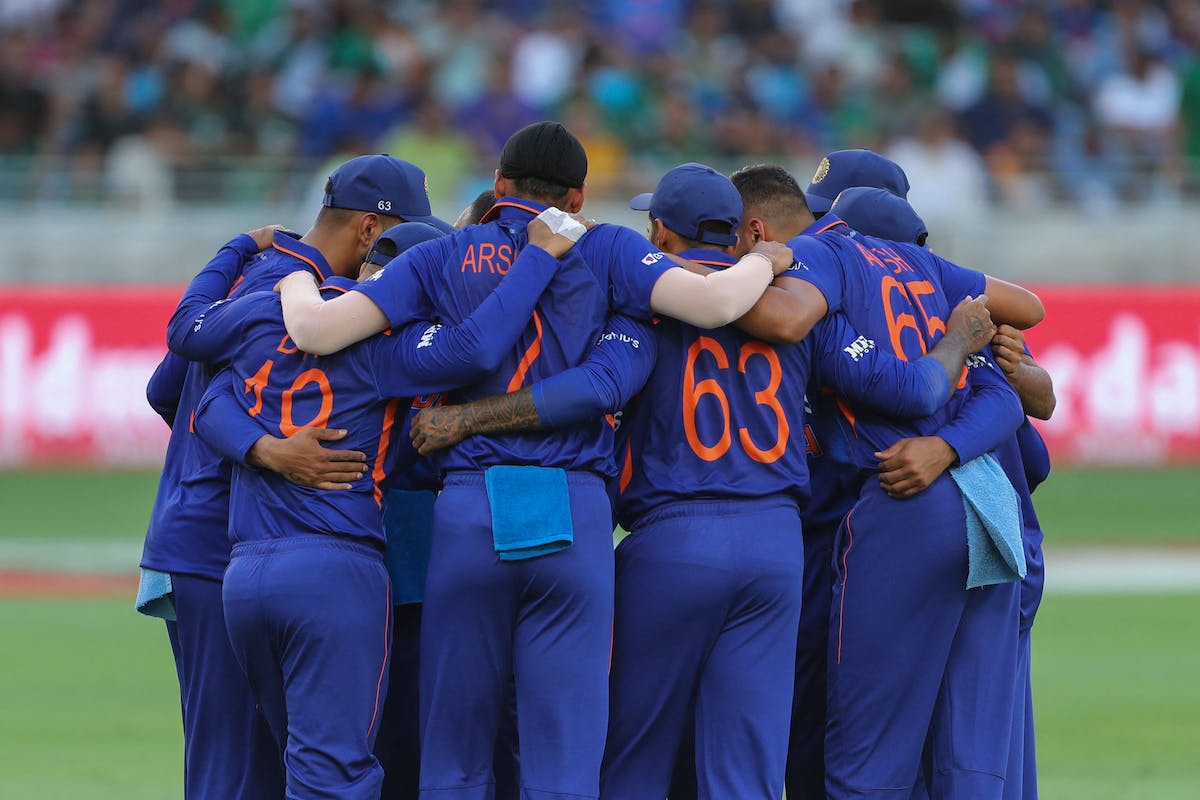 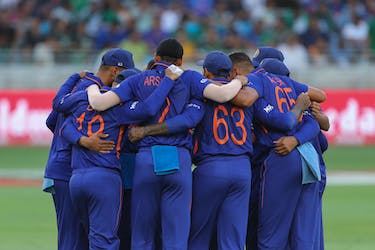 India meet a stiff task in creating the ODI blueprint

After plenty of T20 cricket, the Men in Blue are tasked to build a squad for the ODI World Cup nearly from scratch

India played a truckload of T20Is to prepare for the 2022 T20 World Cup. And in the process, the ODI cricket was compromised. But after an underwhelming performance in another semi-final, the focus shifts right on to the 50-over format for the World Cup next year.

And guess what, the task at hand for this showpiece event seems a lot stiffer. A deeper look at India’s resources pens down only three names with a sense of security around them - Virat Kohli, Hardik Pandya and Jasprit Bumrah, the last name being subjected to fitness. Hence, the Men in Blue are tasked to build an ODI squad nearly from scratch. And the question marks begin from the opening spot itself.

Good thing is that India have options in all departments, well, most of them, at least.

It is strange to put it here since India have always been stable at the top of the order. Since the 2019 World Cup, eight batters have opened the innings for India, most of it due to Rohit Sharma’s unavailability due to various reasons. Shikhar Dhawan has opened in 33 out of 41 matches India have played in this period. Next comes Rohit at 11 matches followed by Shubman Gill (11 games) and KL Rahul (9 games as an opener). This is the pool of India’s opening options since the others have only been makeshift choices.

It is easy to think that Rohit and Dhawan, the incumbent opening pair when both are available, will open during the World Cup as well. However, their waning powers should challenge this notion.

Dhawan averages 39.4 at a strike-rate of 75.1 for his 670 runs this year. The strike-rate is the least for Dhawan in a calendar year since 2011 while the average is lowest in the last three years. 30 batters have scored over 500 ODI runs this year, and Dhawan’s strike-rate ranks 21st in the lot. He has been India’s stand-in ODI skipper, but his own form has been dodgy. Rohit has a handy strike-rate in nine ODIs since 2021 but averages only 32.6. The full-time captain’s white-ball form has hit an all-time low. Both incumbent openers have some yards to cover in the upcoming ODI series against Bangladesh. 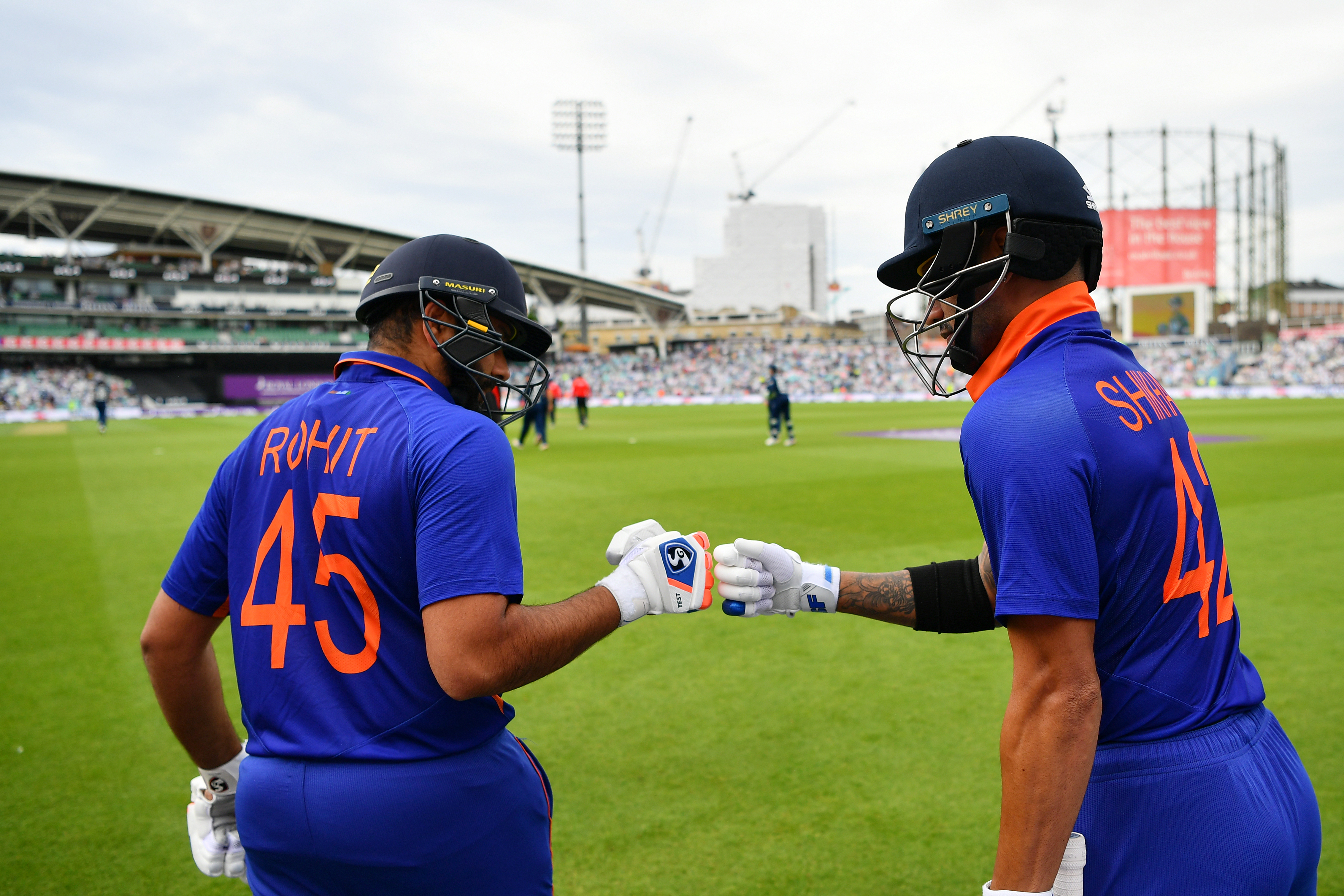 The only opener who has done well on all fronts - sample size of runs (508), average (63.5) and strike-rate (95.8) - is Gill. He has more future potential than any other candidate. But strangely, he is not a part of the squad for ODIs in Bangladesh. Thus, India fall in danger of repeating the same mistake that cost them the T20 silverware - prioritizing reputation over form.

Also, India can go back to KL Rahul as an opener, but that decision will be regressive. In other options outside the aforementioned pool, Ruturaj Gaikwad hammered four hundreds in the recently concluded Vijay Hazare Trophy season. In fact, make it eight in his last 10 VHT innings. However, he is far back in the queue.

Will Iyer reap benefits of his consistent run?

Kohli picks himself at number three. That shifts the focus to the middle-order - the “infamous” numbers four, five and six. The situation around KL Rahul is quite blurred. He cemented his position in the ODI side at number four/five but that was almost two years ago. Rahul has constantly been missing from the middle-order, owing to rest or opening the innings in the absence of Rohit.

Iyer, in the meantime, has made the most of the opportunities, scoring 615 runs at an average and strike-rate of 61.5 and 95.5 respectively. Considering that the ODI World Cup is in India and Iyer is one of the best hitters of spin-bowling worldwide, his name at number four should be indelible. But he is in direct competition with Suryakumar Yadav, a tempting option given his vast success in the T20 format. 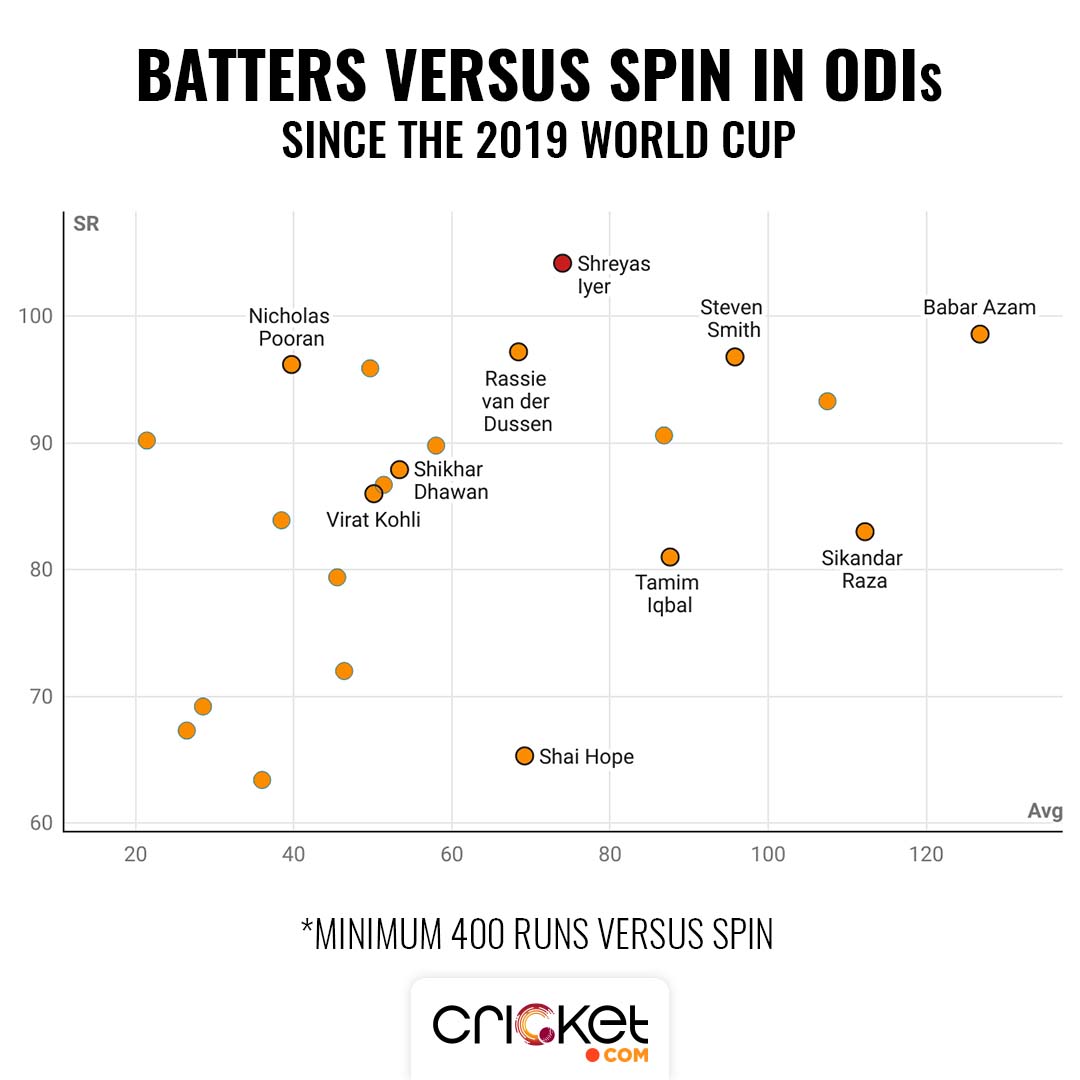 Number five is supposed to be the wicketkeeper's spot in this Indian setup. Currently, they have four options: Rahul, Rishabh Pant, Ishan Kishan and Sanju Samson. Rahul can shift to opening as a non-wicketkeeper batter if India take the call of breaking the incumbent pair. That will make Pant the favourite to take the wicketkeeper spot as he provides the sole left-hander option in top five. Yes, Kishan can also do that but he has mostly played in the top-order as yet. Samson, on the other hand, has been hard done by the lack of opportunities and may have to continue waiting for the same old reason - combinations.

With Hardik Pandya set to bat at six and a spin-bowling all-rounder to take the number seven spot, picking the number four and five could be the trickiest part of framing the first-choice XI.

Which spin all-rounder to pick?

Being an all-format player, Jadeja has featured in only three ODIs since 2021. Given the specialist would be a wrist-spinner, India would want an off-spinner here who can turn the ball away from a left-hander and can contribute handy runs down the order. Washington emerges as the best fit in that filter. He showcased a marked improvement as a lower-order batter during the ODIs in New Zealand. However, like everybody else, he also has a point to prove - prolonged fitness and returns as a spin-bowling all-rounder at number seven.

India’s spin bowling returns have hit a dead end. Since the previous World Cup, India have the second worst economy-rate (5.5) and the third-worst bowling average (40.4) among Test-playing nations. They are neither taking wickets nor stopping the flow of runs. The alarming part: the numbers in home conditions are slightly worse than the numbers outside. 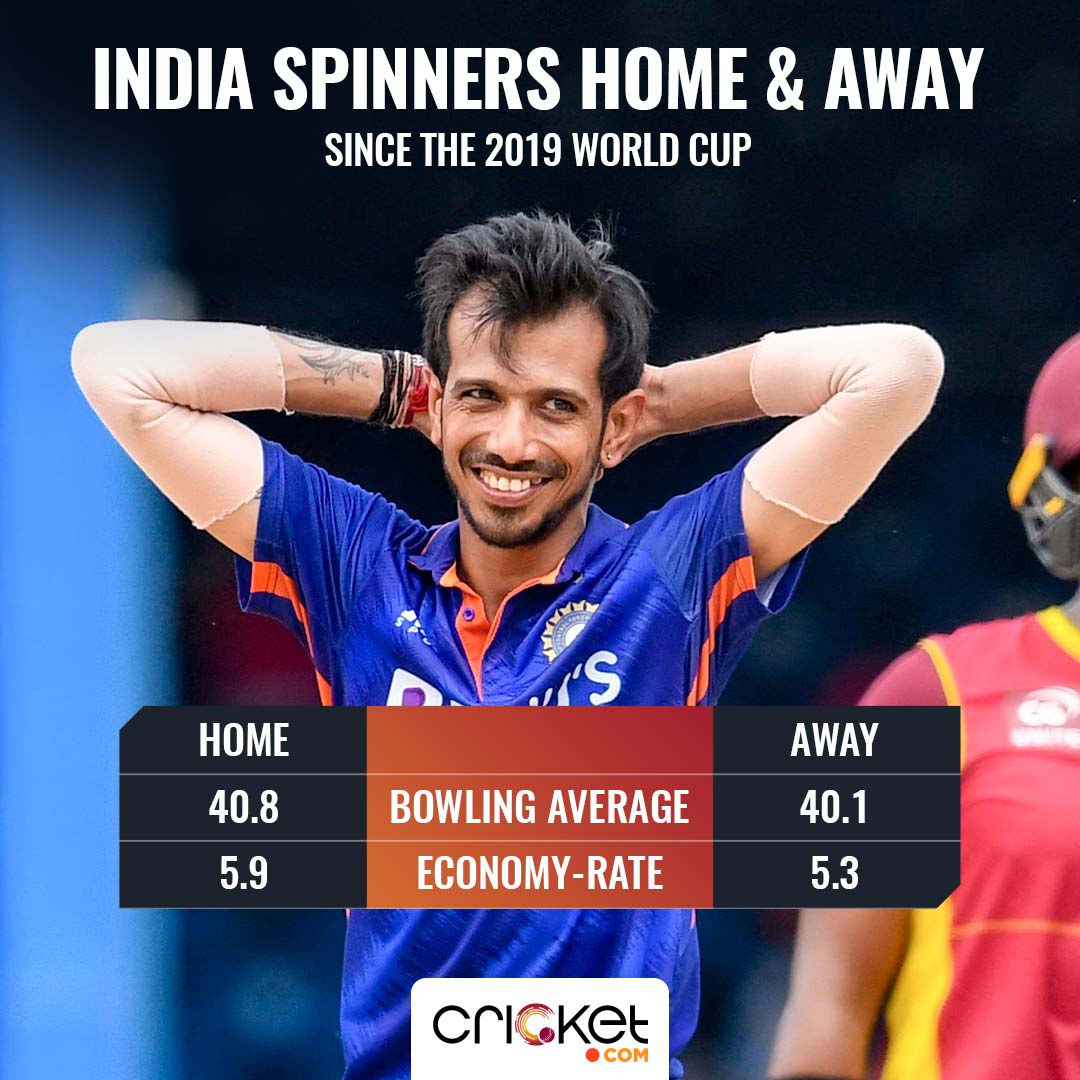 Amidst specialist spinners, only Kuldeep Yadav and Yuzvendra Chahal have delivered more than 100 overs in this time frame. Rahul Chahar, R Ashwin and Ravi Bishnoi have played four matches between them.

Chahal has the best bowling average without being consistent. Kuldeep has been hit-and-miss. His consistent selections for the bilateral series, despite a lack of competitive cricket, hint at the shortage of wrist-spin options. 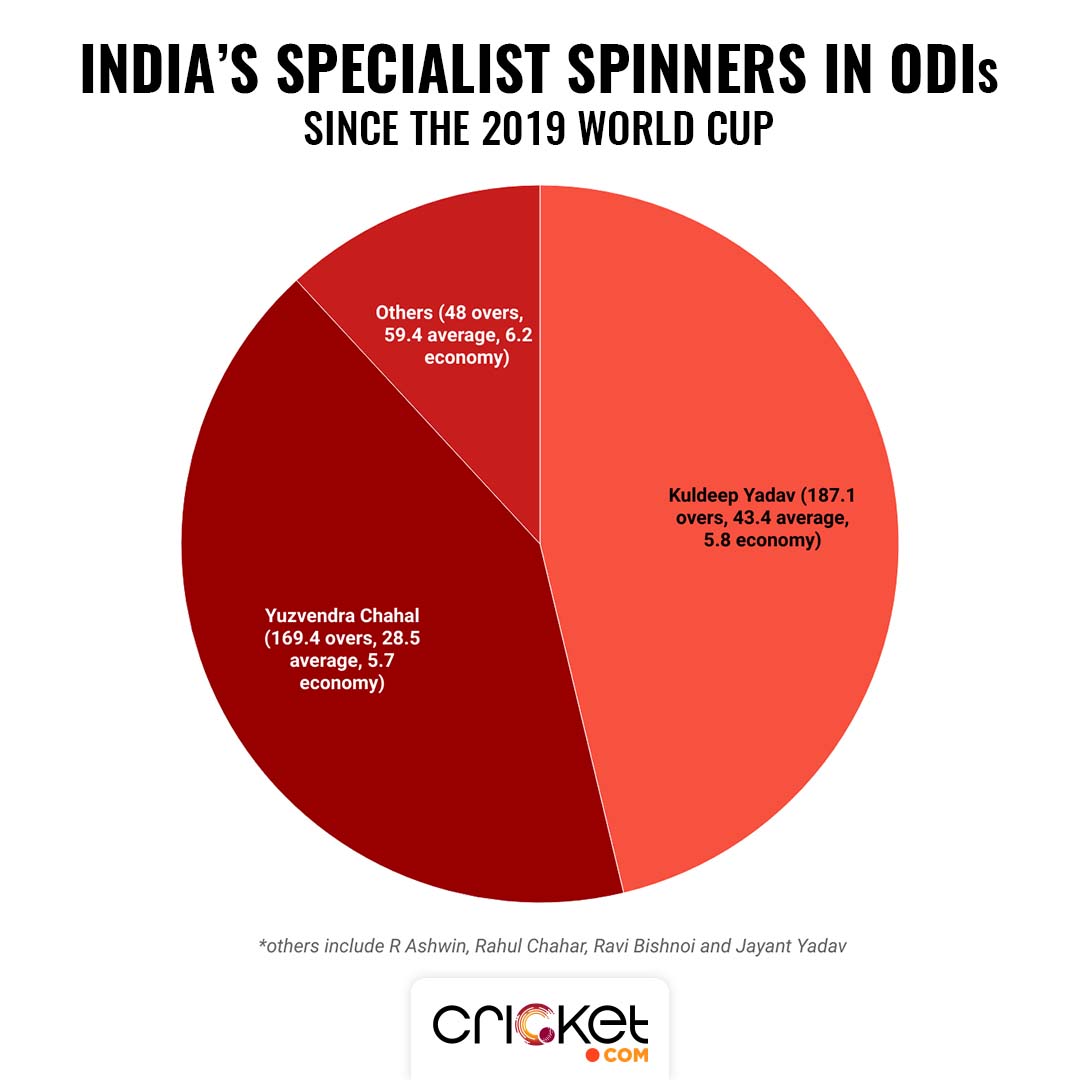 The downfall in the T20 World Cup arguably means we have seen the last of Ashwin in white-ball cricket for a while. Chahar has fallen behind as well. Hence, it is strange that India have not explored more of Bishnoi. At present, the spin department needs a lot of fixing with only a handful of options at disposal.

Interestingly, India have not picked any wrist spinner for the ODIs in Bangladesh. In any case, the unrestrained help for spinners on Bangladeshi pitches would have only formed a false perception of success.

Who forms the pace attack?

Based on the spots available, the pace attack can be divided into three categories - a pace-bowling all-rounder to bat at number eight, Jasprit Bumrah who is an OG category in himself (subjected to fitness) and another specialist pacer.

India have three candidates for the position of pace-bowling all-rounder, each with his own merit and demerit. Quite absurdly, Shardul Thakur has bowled the most overs for India since the 2019 World Cup, 42.2 overs more than the next best - Jasprit Bumrah. Both have leaked runs at more than 6 per over.

While Thakur is currently third in the race of three, Bhuvneshwar Kumar’s best days are believed to be behind him. That puts Deepak Chahar in the forefront. He is arguably the best batter among the three and a potent wicket-taker with the new ball. However, he has to prove his fitness. Chahar has missed more games than he has played recently due to a stiff back, the kryptonite of most fast bowlers. 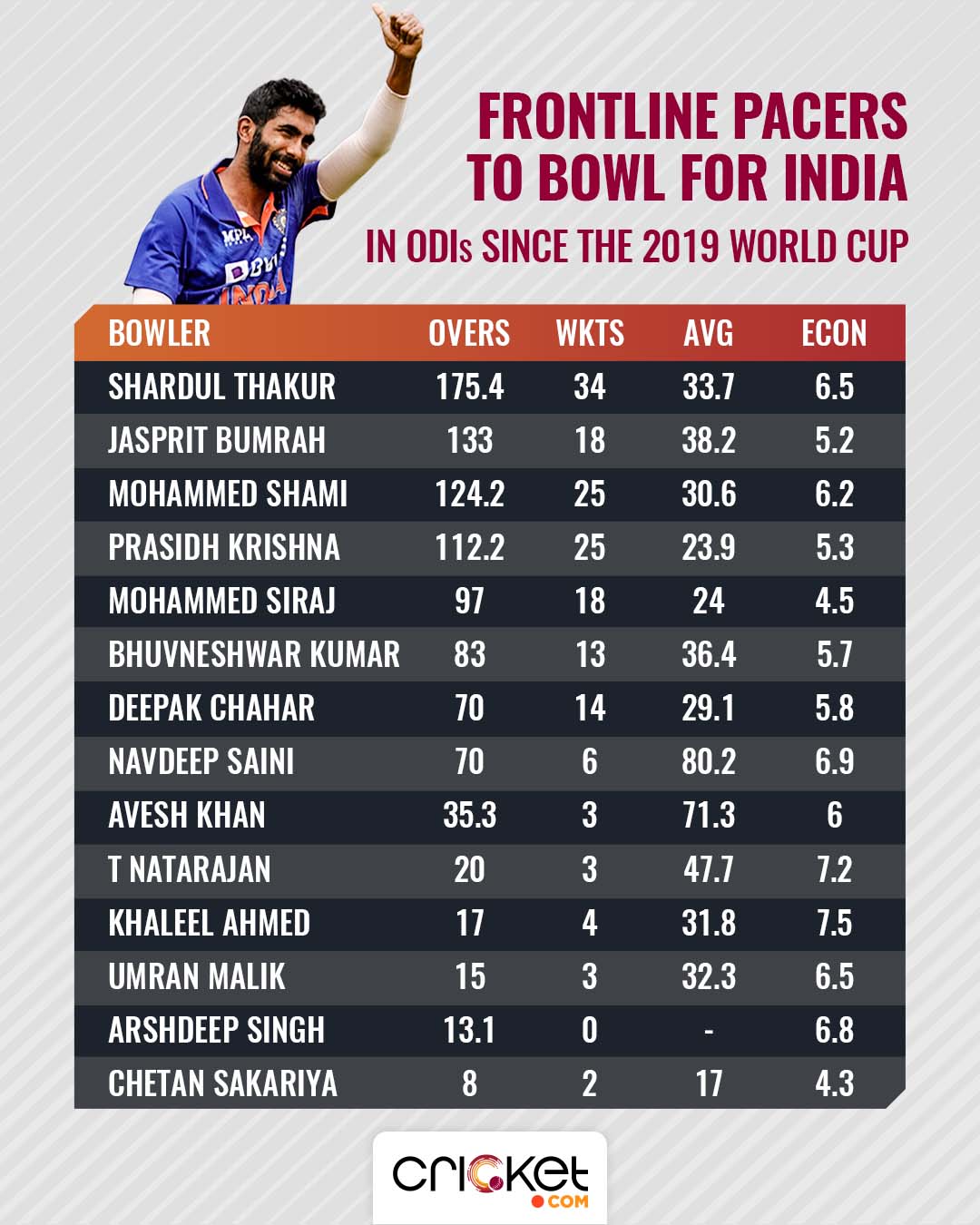 For the second specialist seamer’s spot, India have developed plenty of options of late - Umran Malik,Arshdeep  Singh, Avesh Khan, Shami, Mohammed Siraj and Prasidh Krishna are a few names that have played ODI cricket this year. Kuldeep Sen and Yash Dayal are the latest names to have joined the bandwagon.

Each of them offers something new. Each of them has a point to prove, just like every other name mentioned in this article - barring Kohli, Bumrah and Pandya. Who knows things will automatically fall in place by the time World Cup comes closer. But at the moment, the task of building an ODI squad looks stiffer than it did for the T20 World Cup.