Tactical Preview: ENG pacers vs IND batters on back of a length & short delivery 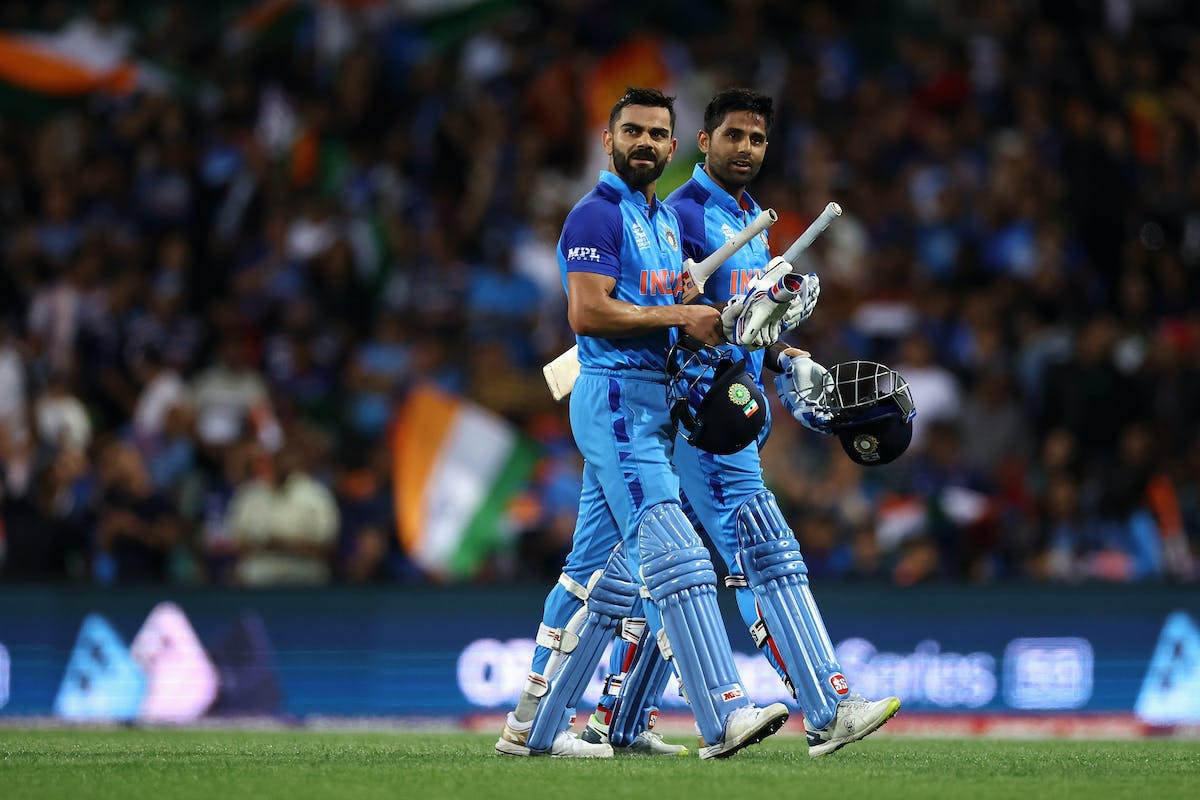 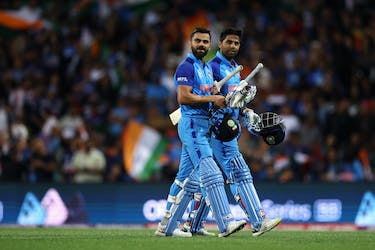 Tactical Preview: ENG pacers vs IND batters on back of a length & short delivery

After 43 matches, the first finalists are waiting. In the second, India and England will lock horns to decide who will meet Pakistan in the mega clash.

England’s batting has somewhat been a concern this World Cup. Apart from Alex Hales (125) and Jos Buttler (119), no other batter has scored more than 60 runs. To their worst, none of them strikes over 130 as well. On the other hand, India’s batting has been masked by Suryakumar Yadav, Virat Kohli and, to some extent KL Rahul. In the bowling department, both sides' young left-arm pacers are leading the way.

Here are a few match-ups, tactical ploys, strengths and weaknesses that go against or work in favour of the players from both teams:

England’s pacers have been doing the job for them this WC. Out of the 32 wickets, 28 of them have belonged to the pacers. 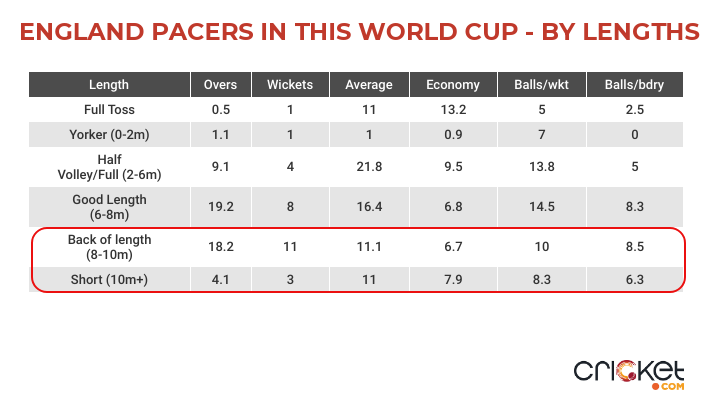 They have bagged eight wickets from the good length at an economy of 6.8 and a bowling strike rate of 14.5. The numbers get better as they pull their lengths back. When bowled on back of a length (8-10m), their pacers have snaffled 11 wickets at an economy of 6.7 and a balls/wicket ratio of 10. On short balls (10m+), they have had a wicket every 8.3 balls (3 wickets). 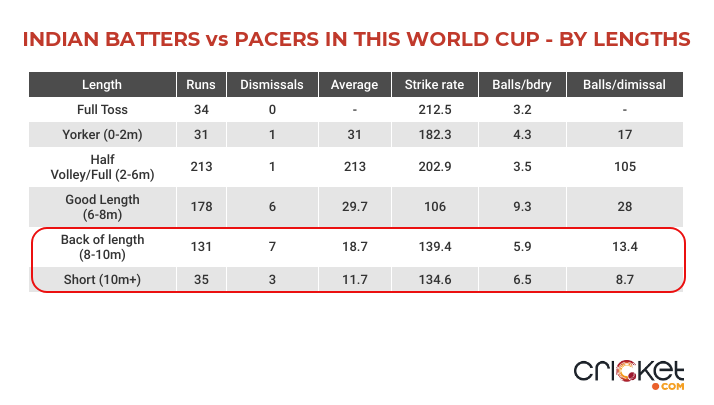 The worst hit casualties from these lengths among Indians have been Rohit Sharma and Surya. All of Rohit’s dismissals in this WC have come against pacers, and three out of those five are from BOL. He averages just 5.7 against pacers when bowled on this length. India’s best batter Surya has averaged 12.5 with two dismissals against pacers from this length.

Mark Wood has grabbed six of his nine wickets from BOL deliveries. He has bagged a wicket every 4.5 runs and 6.8 balls with an economy of 4.0 after bowling 48.8 percent of the balls. Wood is a doubtful starter for the semis. The numbers clearly suggest how his absence can help India’s cause.

Arshdeep Singh has been the early enforcer for India in this WC. He has bagged five wickets at an economy of 6.3 and a bowling strike rate of 9.6. His five wickets are the joint most for a bowler in this phase since the Super 12s.

He will play a key role against England, especially against their openers. Hales and Buttler have been the best batters for the Three Lions. However, both have had issues against left-arm pacers. Both openers have had two dismissals against LAP. Hales averages 12.5, and Buttler has an average of 15.5, which is their worst against all bowling types this tournament.

KL Rahul fading away against England

In T20Is, Rahul has scored 242 runs at an average of 26.9 and a strike rate of 136.7 in 10 innings against England. His overall record might be decent, but his recent numbers have been horrendous. 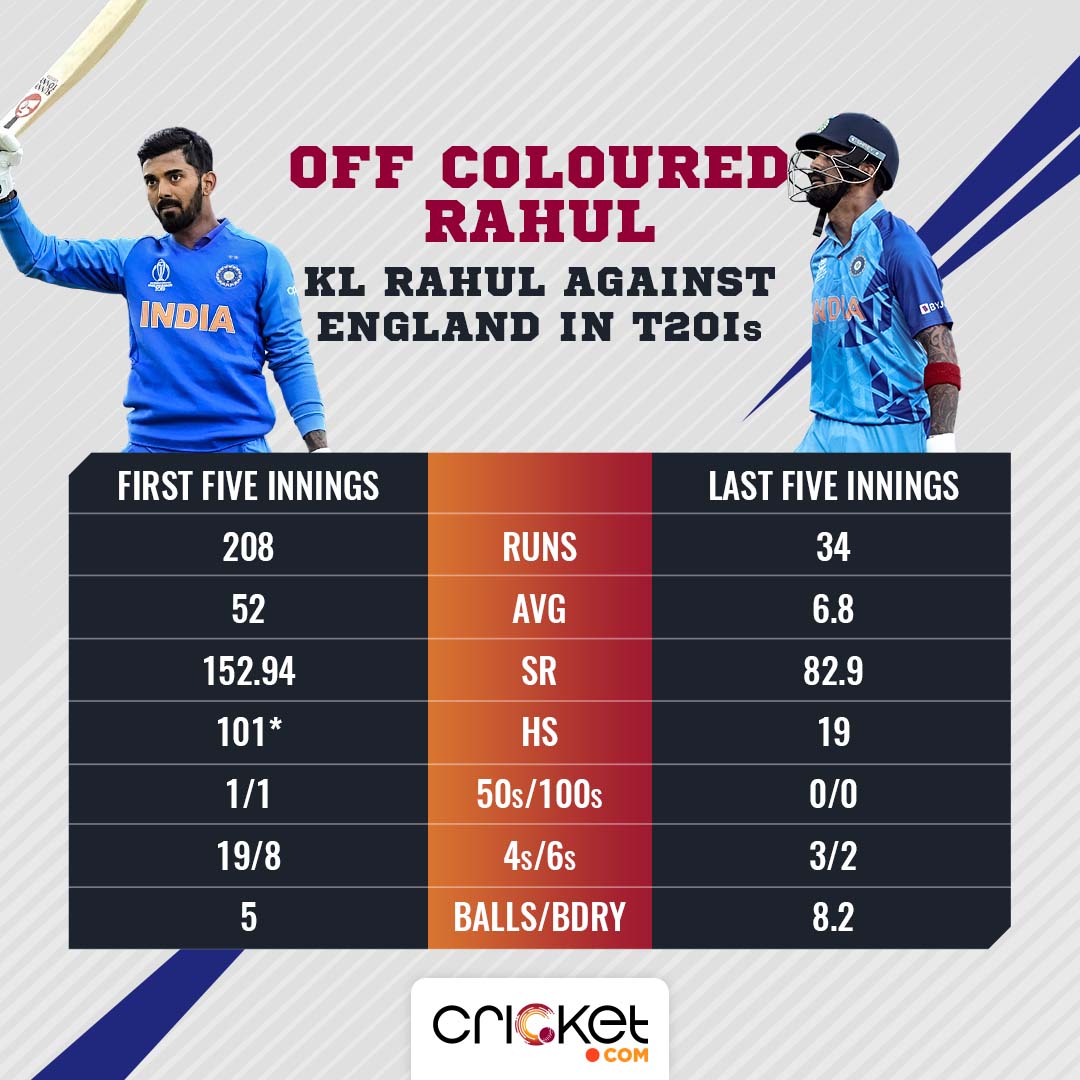 India’s certified finishers unable to do their job

India have scored at a run rate of 11.6 in the last five overs in this WC. No other team has a run rate above 10.5. Overall, numbers suggest a different story. But the fact is, those numbers have been great because of some individual brilliance. 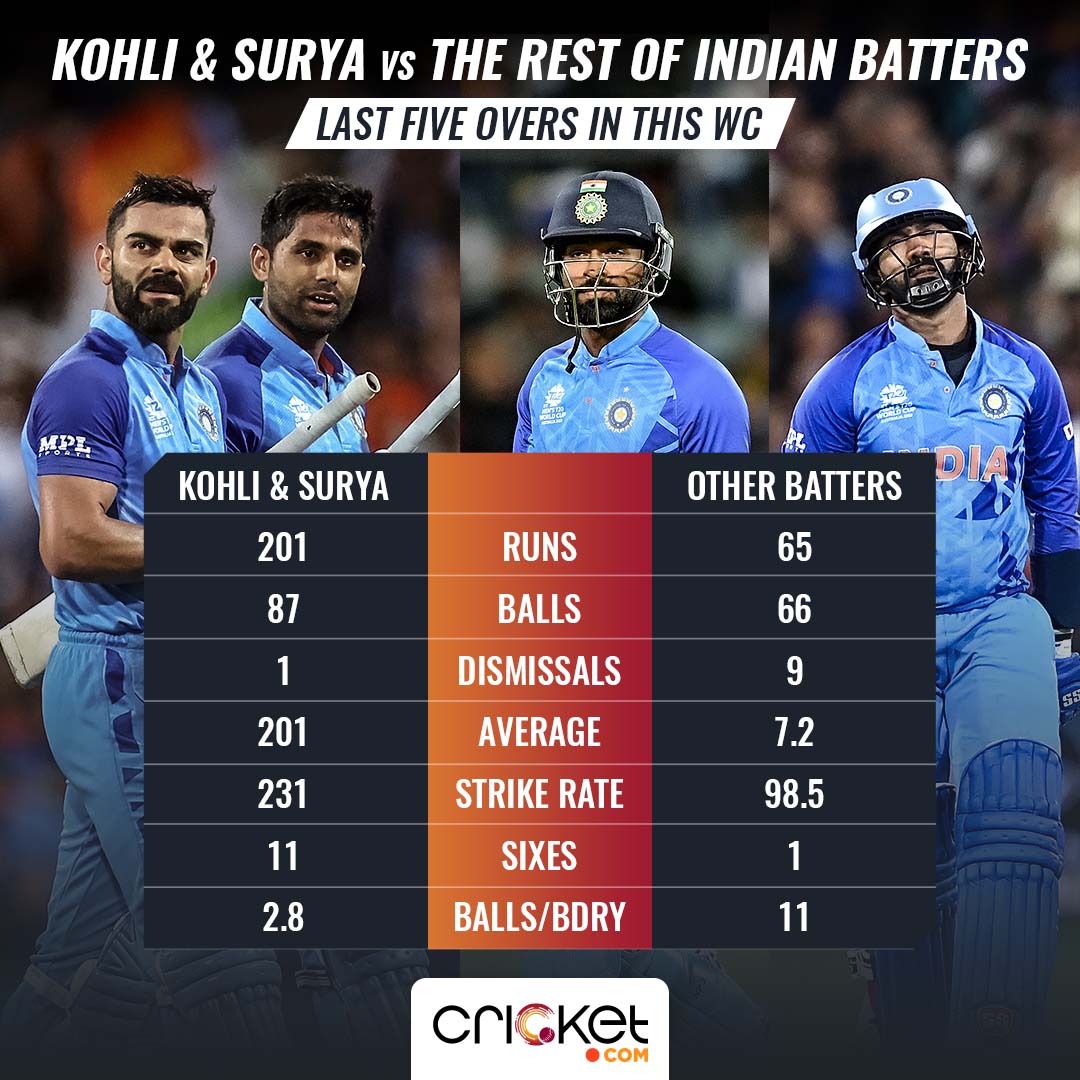 Here is the kicker, Kohli and Surya have hit a total 11 sixes in this phase, and the rest of the batters have hit only one. What if the duo fails?

Adding on, India’s number five, six and seven batters have scored at a run rate of 5.3 and have lost a wicket every 9.4 balls (overall). Only the Netherlands have a poorer run rate since the Super 12s began. Their balls/wicket ratio of 9.4 is the third worst. Huh! Finishers.

Will Rashid’s terrible WC be amplified?

England’s premier spinner Adil Rashid has had a forgetful WC so far. In four innings, the leg spinner has picked up only one wicket. He has been economical, but wickets are expected from the lead spinner. Among bowlers who have bowled 10+ overs, his bowling average of 105 is the worst.

Adding to his agony, he will be up against a team with which he has had the least success. In 10 innings against India in T20Is, Rashid has bagged seven wickets at an average of 40.1 and a bowling strike rate of 30.8. His worst numbers against a team he has bowled in two-plus innings.

India have this uncanny tendency of losing wickets to left-arm pacers. However, that hasn’t been the case this WC.

India have lost five wickets to left-arm pacers, but they have scored at a run rate of 9.0, their best against a bowling type. Going up against Sam Curran, one of the best bowlers in this tournament, these are positive signs.

In any case, Curran against Surya is an interesting match-up. In all T20s, these two have faced off in three innings, and Curran has the advantage over Surya. He has dismissed him twice, and the right-hander averages only 6.5 against the bowler but strikes at 162.5.

MATCH-UPS FROM ALL T20s: