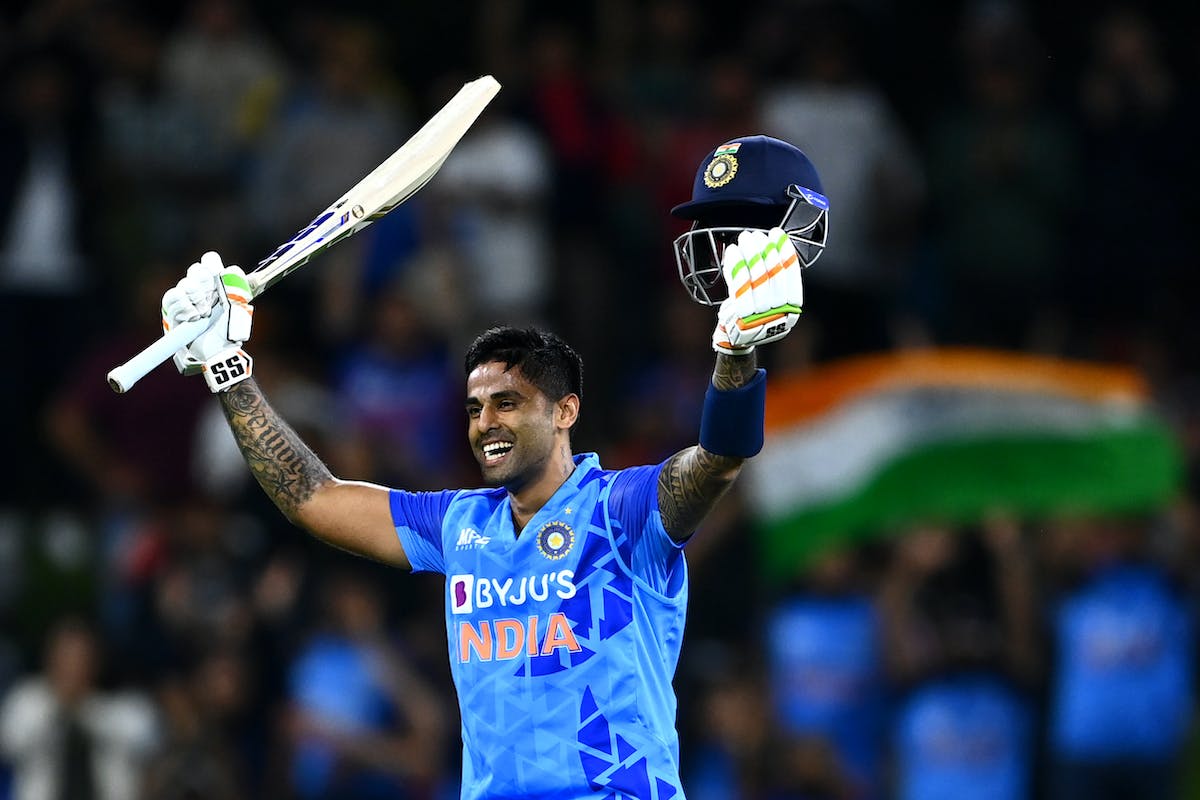 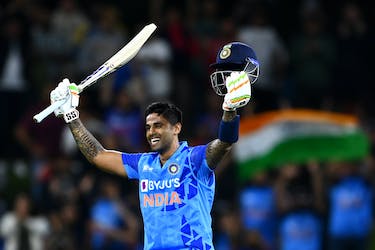 After the wash-out in Wellington, India and New Zealand played a cracker of two contests, at Bay Oval and McLean Park, in front of a jam-packed crowd. It was Suryakumar Yadav’s knock (111 off 51) at Bay Oval, who ran the show. In the third T20I, India and New Zealand played a thrilling tie, with the help of the rain. The stand-out of the series, Suryakumar. India followed that series win with a loss in the first ODI, where Tom Latham's unbeaten 145, helped the hosts chase 307 in Auckland.

Elsewhere, Australia mercilessly trashed England 3-0 over the three-match ODI series at home. Steve Smith continued his staggering form, with a 94 in the second ODI, an ODI where Australia were captained by Josh Hazlewood. At the MCG, however, it was the two openers – Travis Head and David Warner – who swept England off the floor, with 152 and 106, as Australia won by 221 runs.

Nepal made a stunning comeback, from 0-1 behind, to beat the visitors United Arab Emirates. UAE won the first ODI, by 84 runs before Nepal chased down two targets to take the series home 2-1. Nepal’s opener Aasif Sheikh had a series to remember, with 106 runs, averaging 53. Muhammad Waseem too put on a show, with 105 runs, nearing outscoring Sheikh.

To complete the set of international fixtures, we have a big one, Afghanistan trashing Sri Lanka in the first ODI of the three match series. Ibrahim Zadran, who opened the innings was influential in the proceeding, with 106, as the visitors posted 294 on board. Fazalhaq Farooqi’s 4/49 helped the visitors have a final say on the proceedings, despite efforts from Nissanka (85) and Hasaranga (66).

After a gruelling month and half of cricketing action, it is the Adelaide Strikers who will take on the Sydney Sixers in the final of the Women’s Big Bash League. The Strikers reached the final, after going past the Brisbane Heat in relatively comfortable fashion in the Challenger. The Sixers are the team in form, with 11 wins out of their 14 games this season, that’s some record. So, will it be the Strikers or the Sixers?

Miles away, in the scorching heat of the Middle East, there is a pulsating Abu Dhabi T10 league going on. We have seen it all, a closely fought contest, a tie and several one-sided encounters. But what we have not yet witnessed is a side chasing down a total. Nicholas Pooran has set things on fire, with 157 runs at a SR of 241.54, shut up Pooran. Deccan Gladiators has been unbeaten thus far, with two wins.

The Womens’ T20 Challenger Trophy has seen some thrillers, including this one where India B led by Deepti Sharma chased down 141 with just one ball to spare, thanks to Devika Vaidya’s stellar innings, ably supported by Nishu Choudhary. Despite that result, India B are knocked out of the competition, as India D and A take on each other for the title.

In the Vijay Hazare Trophy, we are at the pre-quarter-final stage, with Kerala locking horns with Jammu and Kashmir; Mumbai taking on Uttar Pradesh while Karnataka take on Jharkhand. Punjab, Maharashtra, Assam await their opponents, as Tamil Nadu will take on Saurashtra in the fourth quarterfinal on November 28. No surprise for guessing, Jagadeesan is the leading run-scorer, with 799 runs in seven games, with Kuldeep Sen leading the bowling charts, with 18 wickets.

For a second week in a row, it is Umran Malik who is causing all kinds of ruffles on the internet, after his ODI debut against New Zealand. Not only did he pick up two wickets but bowled with such venom, that it sparked off a debate on social media platforms. Was he dropped too soon in the T20I format?

And, if you are into SA20, well we have some news for you, MI Cape Town have signed the stellar English pacer, Jofra Archer as their Wildcard signing. Sunrisers Eastern Cape signed the up and coming, Jordan Hermann while Joburg Super Kings decided to turn the clock back, with the veteran Aaron Phangiso.

India have been chopping and changing their combination in the recent past and opting for Siraj and maybe persisting with him could do India wonders in the next two years.

In this article, Pramod Ananth makes a case for why India should persist with Siraj in the shortest format, ahead of the others in the pecking order

“There are only gaps on the field, when Tom Latham is batting,” uttered Harsha Bhogle on air, and for most part of the long Auckland night, it was like that. What makes Latham, the understated genius? Find out in this piece by Aakash Sivasubramaniam.

West Indies are at an all-time low. You don’t need to be a soothsayer to see their future, right in front of your eyes. With Nicholas Pooran too stepping down as the captain, what next for them?

Find out how they are eyeing the ‘hard reset’ button ahead of a series of white-ball challenges, in this piece from Aakash Sivasubramaniam